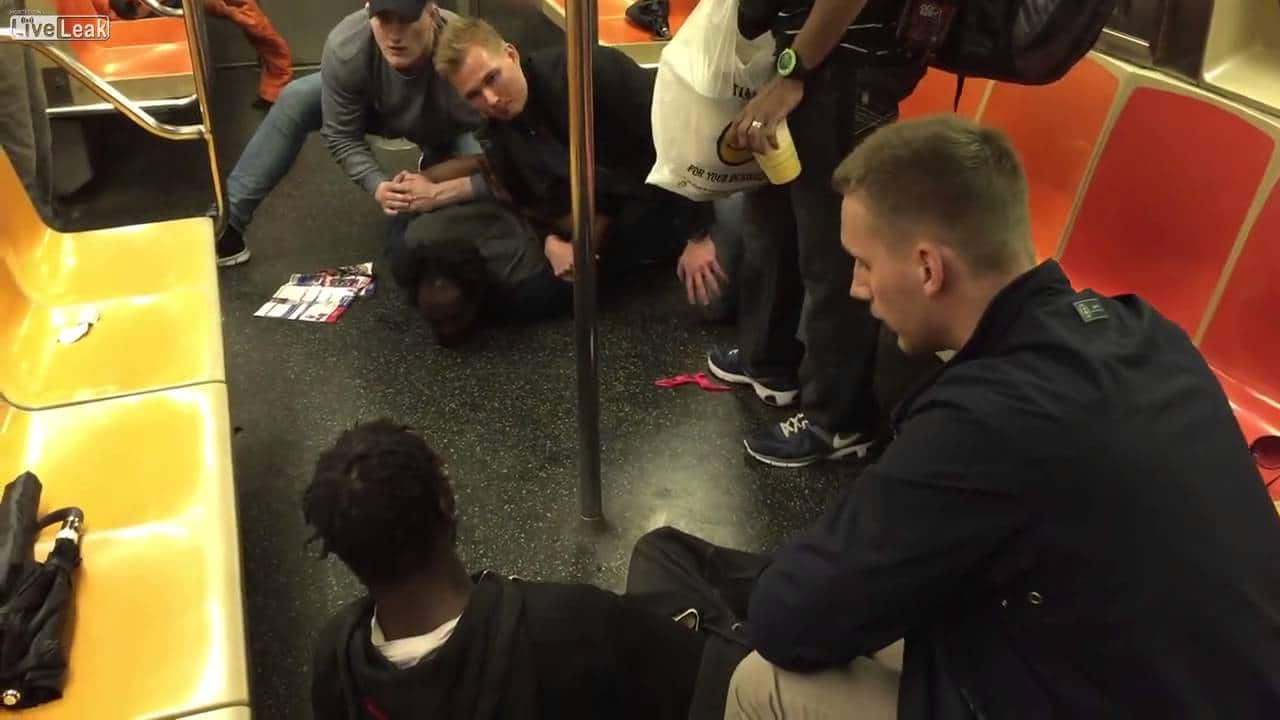 A fight broke out on a New York City subway train that just happened to be carrying four Swedish police officers to see the Broadway show, “Les Miserables.” What followed was a demonstration of exemplary police work, the likes of which should be mandatory viewing for every man or woman with a badge from coast to coast.

The fight was quickly broken up and one of the two individuals who readily cooperated was seated on the floor of the train with an officer on either side. The second subject continued to resist, so the officers wrestled him to the floor and pinned him there with his arms behind his back. As the man continued to struggle, he complained loudly that he couldn’t breathe and that he had a problem with his arm. The Swedes calmly held him in place and told him,

“Sir, calm down, OK? Everything is going to be OK.”

Meanwhile another officer asked the other man,

To which the man responded, “I feel fine.”

Eventually, the man pinned to the floor calmed down and the officer holding him asked,

The subject admitted, “No.”

Asked about how they became involved in the altercation, one of the Swedish cops,  Officer Markus Asberg said,

“We came just to make sure no one got hurt. We were trying to stop the fight.”

The repeated claims of “I can’t breathe,” bring a stark contrast to the recent tragedy of Eric Garner, who died in NYPD custody after a choke hold was used to subdue him in his arrest for illegal peddling. But, in this case, it is clear that the man’s airway was never obstructed and the man freely admitted he was uninjured.

Every situation is different and it’s impossible to say if the tragedy that befell Eric Garner or any of the scores of other recent deaths at the hands of America’s police could have been avoided if they had been approached in the same manner used by these visitors. But it does raise questions. How can training and procedures be improved so that more of our encounters between citizens and police end up as this one did, and outcomes like Eric Garner’s become a thing of the past?