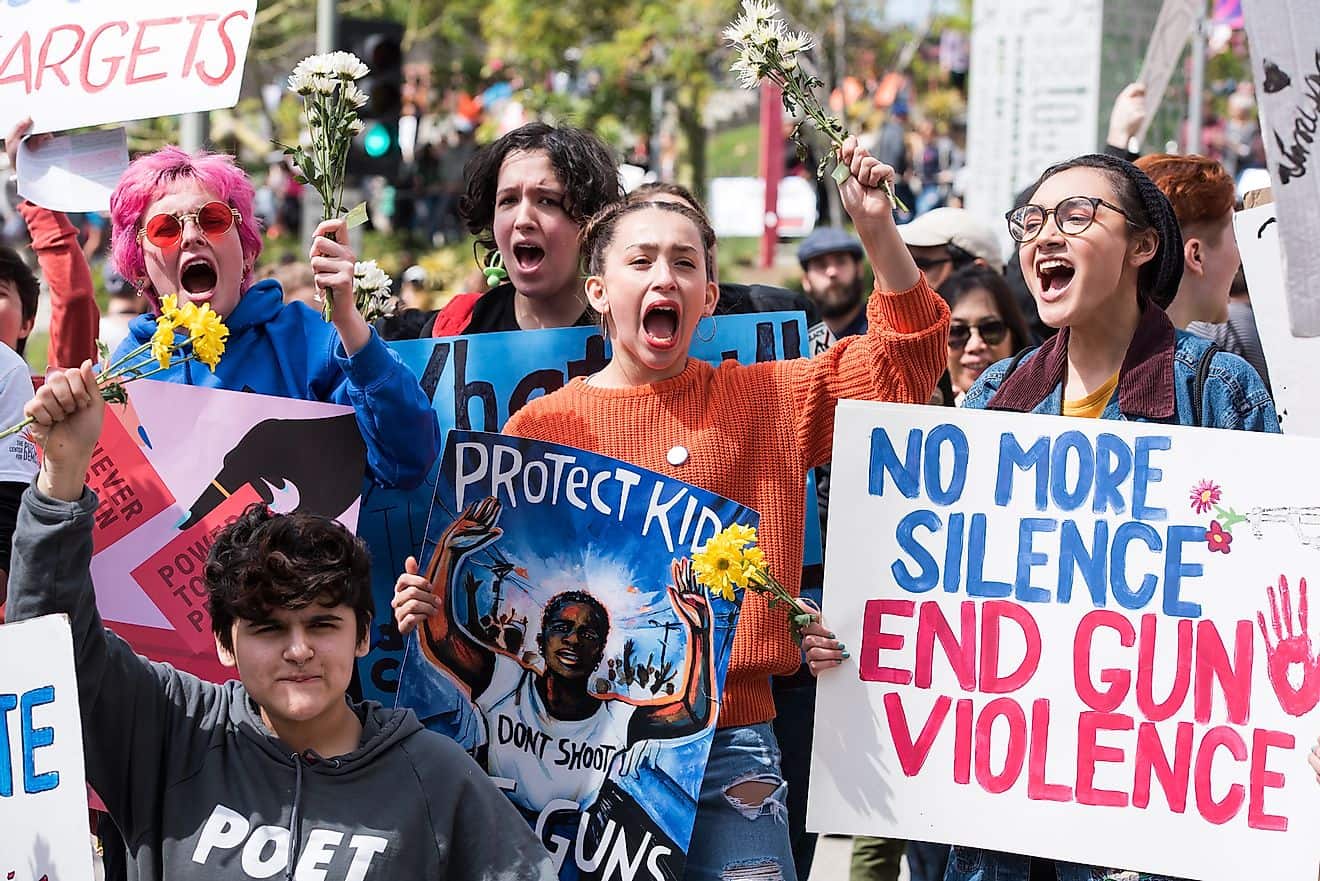 It’s a sad fact to admit, but every American knows that it’s only a matter of time before the next mass school shooting incident. The NRA has ensured that any attempt at gun-related legislation is treated as “they’re coming for your guns” and “don’t tread on muh rights!” This is why a student holding his classmates at gunpoint – only hours after another child shot a fellow student over 500 miles away — isn’t that surprising.

Augusta, GA is the home of the Masters, and it just so happens to be my hometown. Around 10:45 a.m. on Aug. 25, a gunshot rang out in a classroom at the Hornsby Elementary School. Fortunately, this wasn’t a typical school shooting. A third grader at the school had brought a gun along with him that day, and while sitting in class, he began playing with the weapon inside of his desk.

While fiddling with the gun, it discharged and struck a young girl in the classroom. She was rushed to a nearby hospital, and the young boy was taken into police custody. Although there was no continued threat, parents were told that they could pick up their children. Here is the letter that was given to the parents.

Fortunately, the girl suffered only minor injuries. In fact, the school superintendent stated that she was “resting comfortably at home,” so fortunately, this potential tragedy resulted in little more than a flesh wound and a half day at school. The story was a bit different further north.

If you drive 521 miles along the Appalachian Trail from the Georgia elementary school to Philippi, WV, you’ll find Philip Barbour High School. It would take a little over eight hours to drive from one school to the other, but had you undertaken that road trip, you would have arrived several hours after another gun-related incident.

Only nine days into the new school year, a 14-year-old boy walked into a classroom after 1 p.m. and pulled a gun. The teacher was present in the classroom along with 27 other students. The Associated Press reported:

“Local authorities got first reports about 1:30 p.m. Tuesday of someone with a gun in the building. Students who weren’t in the classroom with the suspect were sent to a football field before they were accounted for and sent home by bus.”

Unfortunately, no one was leaving the class. The teen held the entire room hostage, but luckily, the teacher was able to keep the student calm and convince him to not take any additional hostages when classmates changed classes. Soon, Police Chief Jeff Walters was able to persuade the 14-year-old to surrender and release his hostages.

Video Explaining How I Feel About These Incidents

Who would think that a child could walk into a Georgia school and shoot a classmate while, a whopping 521 miles away, a 14-year-old student was preparing to take hostages at gunpoint and do God-knows-what? Well — anyone living in Gun Culture America would not be surprised at all.

After all, Georgia Governor Nathan Deal recently signed the “Guns Everywhere” bill into law, which basically ensured that gun owners could take their weapons just about everywhere. Churches? Yes. Airports? Yep. Bars? Abso-freaking-lutely. Most definitely bars. Oh, and best part about guns in bars? Georgia is also a “Stand Your Ground” state.

Heck, in Gun Culture America, toddlers kill more people than mass shooters or terrorists. There is no surprise here. Thoughtless gun owners leave their weapons where children can access them, and then they freak out if we try to pass any laws that would hold them accountable for such irresponsible behavior.

So yeah, I have a complete lack of surprise, and that’s depressing. I guess this fully sums it up.