Louisiana Gov To Donald Trump: F*ck You, We Will Not Let You Exploit Our Tragedy 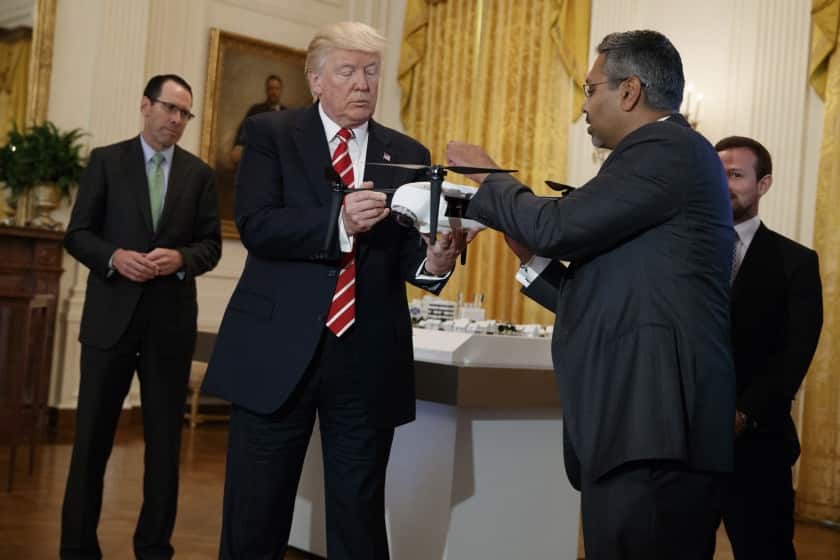 Governor Edwards To Trump: Stay Home And Write A Check Instead

Louisiana Governor Edwards refuses to let the tragic flooding in his state of Louisiana be used for Donald Trump’s political advantages.

On Thursday, small-fingered, failed businessman and current GOP presidential nominee announced that he would visit the areas hardest hit by the flooding in Louisiana. And in an incredibly smooth, but no-nonsense move, Governor Edwards put Trump firmly in his place.

A spokesperson for Governor Edward’s office released the following statement:

Donald Trump hasn’t called the governor to inform him of his visit. We welcome him to LA but not for a photo-op. Instead we hope he’ll consider volunteering or making a sizable donation to the LA Flood Relief Fund to help the victims of the storm.

Or, in other words, fuck you, Donnie, find another tragedy to exploit, only, you know, more diplomatic, because it’s Governor Edwards.

On Friday morning, Trump’s newest gal pal and semi-sane (but not too sane, because she is working for Donald Trump, after all) campaign manager Kellyanne Conway hastily stated that the visit wasn’t at all a political stunt. Oh, no. This was simply Donald Trump being “presidential” (LOL), and it would be a “decidedly non-political event, no press allowed, going to help people on the ground who are in need.”

It’s too late, though. There is not one single person who believes that this is anything but what it is – a desperate attempt at attention from a floundering candidate who has realized that bashing a Gold Star family and doubling down on his racism may not win him all the votes. Governor Edwards knows that, the residents of Louisiana know that, all of America knows that.

Donald Trump has already shown us who he is, again and again. And we believe him.

Trump Is Trying To Be ‘Presidental’…And Failing

Furthermore, Governor Edwards has laid out, in detail, why visiting politicians actually create more harm than good during disasters. When a high-ranking official – or even someone who is making a desperate attempt to become such an official, like Trump – visits, it pulls critical personnel, such as police officers, away from the more pressing and immediate duties.

It’s why, despite growing cries of protest from the right and conservative pearl-clutching over President Obama’s decision to not drop everything and go to Louisiana, is actually the right decision. Obama has stayed away, and it is the presidential move to make. Furthermore, Governor Edwards asked President Obama to hold off on a visit, and expressed appreciation for it during an interview with MSNBC’s Rachel Maddow Thursday evening.

“The president is welcome anytime he wants to come…In all honesty, if he was gonna visit I would just assume it’d be a week or ten days, fourteen days from now because the vice president was here about three weeks ago, to a memorial service for the victims of the police officers who were killed here, and I will tell you, it is a major ordeal. They free up the interstate for them, we have to take hundreds of local first responders, police officers, sheriff’s deputies and state troopers, to provide security for that type of visit. I would just as soon have those people engaged in the response rather than trying to secure the president. So I’ve asked him to wait, if he would, another couple of weeks.”

However, Donald Trump is so “presidential” that he simply does not care that his arrival in Louisiana will cause hundreds of first responders to leave the more pressing, urgent task of providing aid to flood victims and instead, escort his Day-Glo orange ass around the countryside. And that’s ridiculous. It’s disgraceful. His actions are an absolute insult to not only Governor Edwards, but to the entire state of Louisiana. And he is certainly not being presidential.