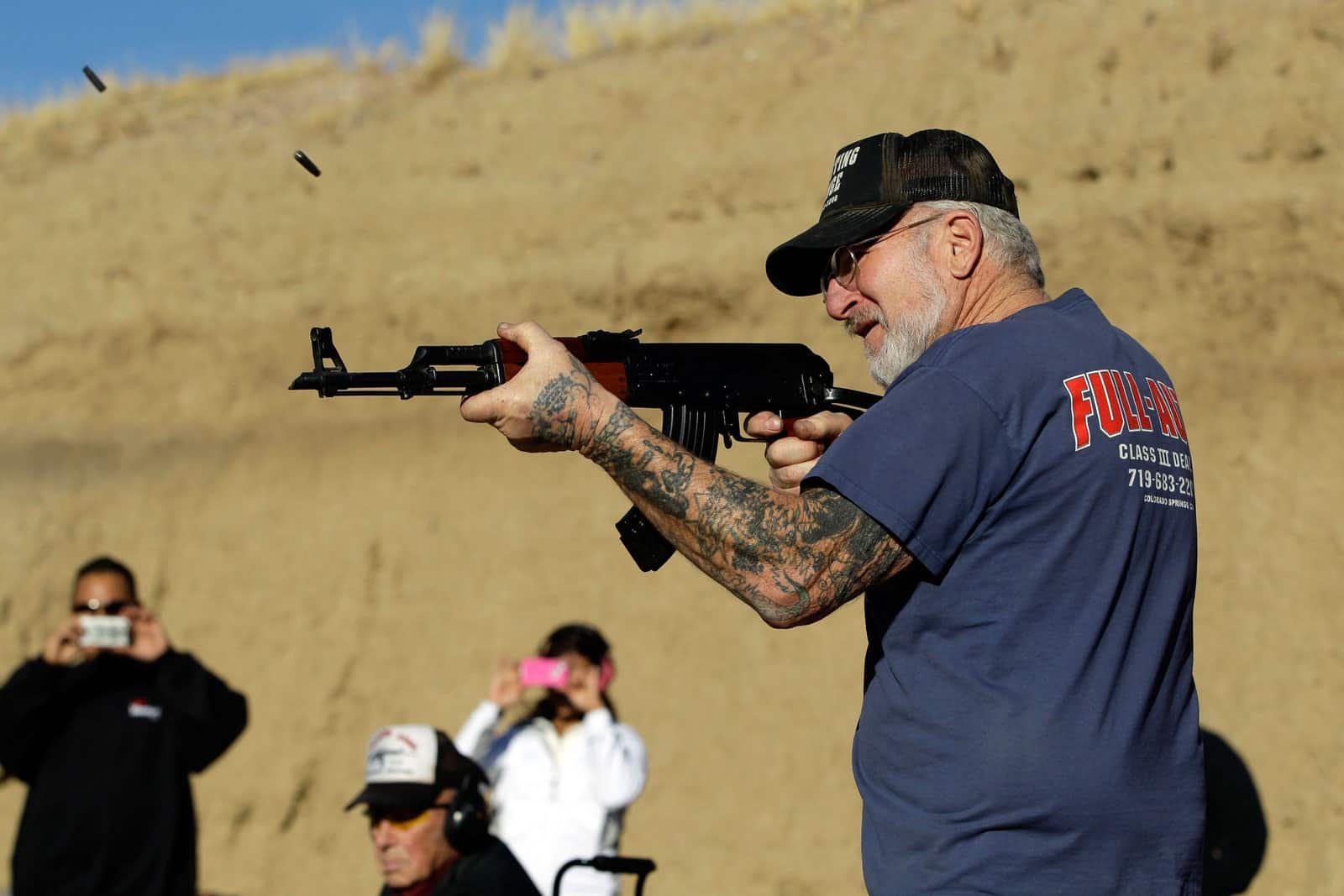 In a powerful piece of video broadcast by WFLA.com in Riverside California, Chad Vachter, an outspoken supporter of the 2nd Amendment and unabashed gun owner, literally destroyed his own weapon with a sledge-hammer.

MAN DESTROYS HIS OWN AR-15 TO PROTEST ASSAULT WEAPONS

In an interview with Palm Springs-based news station KMIR, Vachter discussed his motivation for the act, expressing his deep sadness when he read about the recent, horrific school shooting in Northern California, just one of the latest in a string of mass shootings in the United States:

“The other night, when I read the thing about the school in northern California, I cried and I haven’t felt good since,”

That shooting killed 5, and injured scores of others, including 7 children.

In October, 58 people were murdered and 548 injured in Las Vegas Nevada, in the deadliest mass shooting in the nation’s history. Just days later, 26 more were murdered in at First Baptist Church in Texas. As of early November, there has been 307 mass shootings in the United States.

The common denominator in the bulk of America’s growing list of mass shootings is the type of weapon involved; usually a variation of the AR-15. These weapons, although not fully automatic, are capable of firing roughly 8 rounds per second and are capable of holding magazines that can hold up to 100 rounds.

RELATED: WALL OF SHAME: The NRA Gave These 9 Senators Over $22 Million To Vote Down Gun Laws (CHART)

Unconscionably, the gun lobby only uses these horrific events to stoke fear and sell more guns. In fact, the National Rifle Association, which is the industries leading lobbying group, and the weapons manufacturer’s themselves, profit massively from mass shootings. This is quite literally blood money.

In his compelling interview, Vachter discussed destroying his $1000.00 weapon;

“I can’t do it. I can’t have something in my house that so easily could become a part of another situation like that. And I’m not going to be desensitized to it. I refuse to.”

RELATED: At Least 3 Killed In Yet Another Elementary School Shooting – NRA Silent

Whether Vachter’s act will motivate other responsible gun owners to perform similar acts remains to be seen. But it’s important to note that, as craven politicians on both sides of the political spectrum continue to fear the power of the NRA, the vast majority of card-carrying NRA members support common sense gun safety laws, something that — as the bodies pile up — continues to be an untouchable third-rail for our elected representatives.