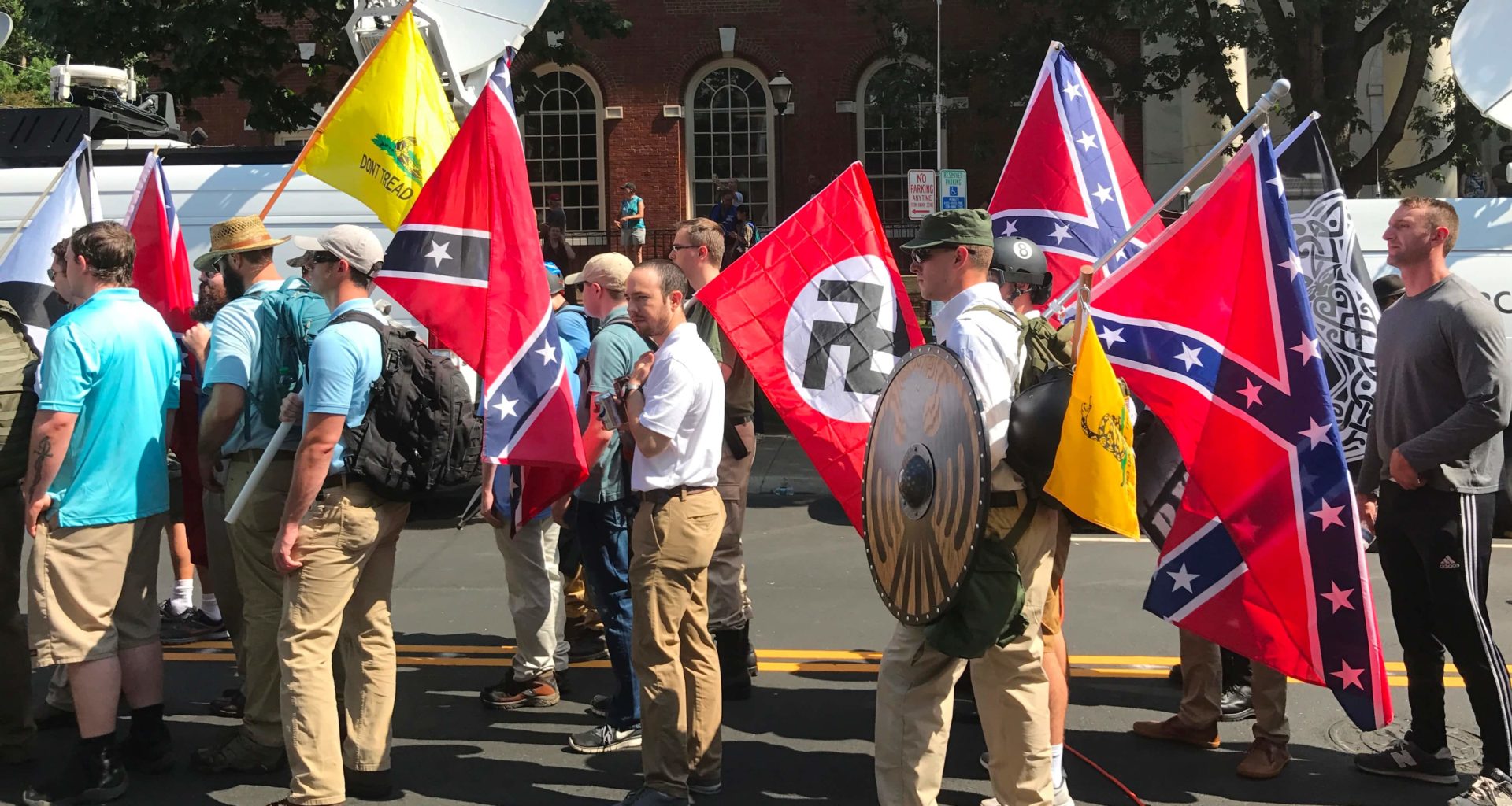 A report filed June 14 by the Sheriff’s Office in Jacksonville, Fla. documented several calls from concerned citizens who were finding racist flyers scattered throughout the city. What could have been overlooked as random hate-tinged promotion, though, quickly took on a more evil tone when Dylann Roof walked into a Charleston church and murdered nine individuals in a racially-motivated attack.

Calls came in to police from all over Jacksonville about flyers being distributed by the National Socialist Movement, a group the Southern Poverty Law Center (SPLC) calls the largest neo-Nazi organization in all of America. One of these flyers ended up on the property of Congregation Ahavath Chesed, a Jacksonville synagogue. The flyer described the group in their own words, including saying this:

“We are against race-mixing and Non-White immigration. These actions decrease the deconstruction of our people generation-by-generation.”

Statements like this have become a common tactic of hate groups when trying to dodge accusations of racism. Instead, they say that they’re fearful that the “white race” could become extinct due to race mixing, and furthermore, they’re fearful of whites no longer being the majority in America.

Just to drive home the fact that they’re not racist, a news release from the National Socialist Movement stated that claims of their group being “an organization of ‘hate’ that presents a threat to any ethnic group [are] insane.”

HATE GROUP FLYERS NOT A CRIME

After receiving calls about the flyers being distributed, the Sheriff’s Office stated that they did an investigation. Sheriff’s spokesman Christian Hancock, however, stated that no crime had been committed. He reasoned:

“It is no different than walking in your driveway and finding a business card in a bag weighted by a rock for a lawn service. This group is passing out its literature and trying to get support for their cause.”

In reality, though, it is a bit different, Mr. Hancock. It’s different in the fact that most business cards don’t feature a man in a black militaristic uniform standing proudly before a logo which prominently features a Nazi swastika. Also, most business cards aren’t passed out by groups that openly idolize genocidal maniac Adolf Hitler and proudly profit from his writings and quotes on their website.

Of course, it stands to reason that these flyers, regardless of how hateful, really could just be an effort to “get support for their cause.” But then, why in the world would they leave a flyer at a synagogue? Does the group honestly believe that anyone at a synagogue would relish in the idea of joining the largest neo-Nazi group in the country?

While passing out these flyers may have started out as a recruitment drive, it immediately became an intimidation tactic against individuals of a certain religion when they left a copy at a synagogue. On top of this, they also left the same flyer at the nearby Jewish Community Alliance.

SOWING THE SEED OF DISCORD

Rabbi Joshua Lief, from the synagogue that received the hateful message, also believes that the flyer was a symbol of hate rather than recruitment. It especially stands out in his mind following Charleston’s Emanuel African Methodist Episcopal (AME) church murders. He would tell local news sources:

“There has not been any threat made against the temple, but to sow the seed of the discord among the community is a threat to the safety and civility of our entire community.”

And he’s exactly right. It’s not as if the leaders of these groups are going into churches and murdering people. It is, however, those being fed these bigoted messages from groups like the National Socialist Movement who are committing atrocities.

One need only look at the words of the group itself and those of the AME church shooter. The group has since changed the wording on their main website, but several of their splinter sites, and records from the SPLC, show that this is one of the “25 Points of American National Socialism”:

“We demand that all non-Whites currently residing in America be required to leave the nation forthwith and return to their land of origin: peacefully or by force.”

Nice. Oh, and the words of the shooter, Dylann Roof?

“I have to do it… you’re taking over our country. And you have to go.”

If you ask me, that just sounds like he was following orders.