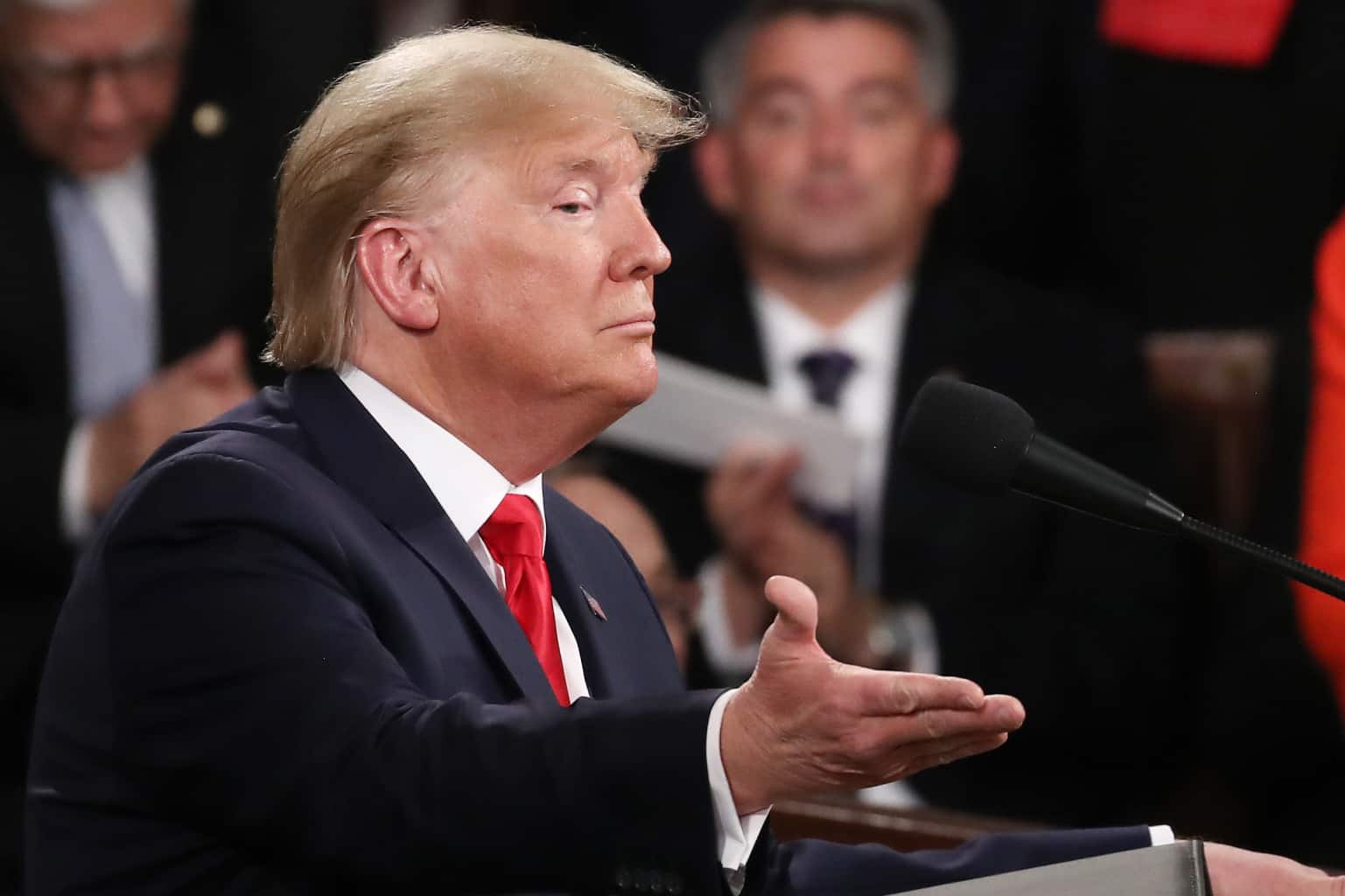 Last night, President Trump delivered his first State of the Union. As many news sources noted, it was essentially a narcissistic speech designed to either stretch the few accomplishments he has made in his first year, or twist negative aspects into positive ones.

Please share this! We need your help to get the truth out.

The media has spent the better part of today either responding directly to the messages in the State of the Union, or downplaying the response it got. Of course, if you only look at the Democratic side, Trump failed to generate a lively response. But what is important, especially going into the 2018 midterms where a lot of purple of states are up for grabs, is the Republican side of things.

Heather Digby Parton of Salon decided to examine how GOP members reacted to the State of the Union, and the results were both positive and shocking. The good news is they did not really react. The bad news is, they did not really react. Trump chose to double-down on several horrible policies that have proven unpopular with the American people, most notably immigration where Trump decided to reignite the fight with Dreamers by reiterating literal Jim Crow rhetoric of their interests being against that of the white man. As Parton writes:

“Most depressingly, he framed the plight of the Dreamers as competitors with working-class (white) America, declaring “Americans are dreamers too.” It’s not the first time he’s made clear that he doesn’t like immigrants using that term because in his mind it’s reserved for deserving Americans, but it was still jarring to hear all those Republicans shriek in ecstasy when he said it.”

Those Republicans that did respond exhibited nothing but pseudo-politeness and a fake call for a more unified future:

[email protected] said it right–the state of our union is strong. He laid out a clear agenda tonight with an open hand toward bipartisan cooperation. Together, we can continue making America safer and stronger for the 21st century.

Tonight, I owe Donald Trump an apology. Tonight, I was moved and inspired. Tonight, I have hope and faith in America again.

It may go away tomorrow…
But tonight, America is great again. #SOTU

The 115th Congress and @realDonaldTrump are helping improve the lives of the American people. #SOTU

The most ironic thing about the State of the Union, though, was Trump’s hypocritical praise for law enforcement all while he plans to smear the FBI through the release of the Nunes Memo. Considering his own FBI Director reportedly warned him not to do it, the Republican Party is guilty of just standing their and blindly applauding their Commander-in-Chief for attacking one of the pillars of justice.