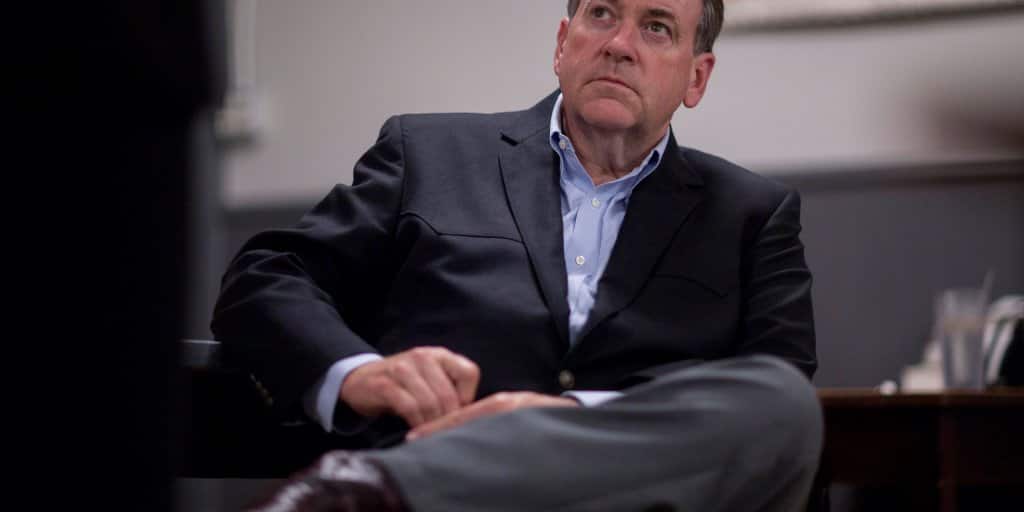 Mike Huckabee just proved that conservatives care more about fetuses than they do about children.

During an interview on CNN with Dana Bash on Sunday, the Republican presidential wannabe openly supported forcing little girls who are raped to give birth to their rapist’s baby.

Earlier this week, the anti-abortion government of Paraguay forced an 11-year-old girl to give birth via C-section after she was raped by her stepfather when she was 10. She sought an abortion but was denied.

Human rights organizations have expressed horror and outrage that a government would force a girl so young to carry an unwanted pregnancy to term, especially since she conceived through being raped.

For conservative in America, however, this would be a dream come true. And Huckabee stated as much when Bash asked him to comment on the situation.

“Creating one problem that is horrible — let nobody be misled, a 10-year-old girl being raped is horrible — but does it solve a problem by taking the life of an innocent child?” Huckabee said. “And that’s really the issue.”

After Bash expressed unease about forcing a little girl to carry a rape pregnancy for nine months, Huckabee didn’t budge one bit.

“Let’s not compound the tragedy by taking yet another life,” Huckabee replied before claiming that abortions cause women to feel extreme guilt later on even though the evidence says otherwise.

“When an abortion happens, there are two victims. One is the child, the other is that birth mother, who often will go through extraordinary guilt years later when she begins to think through what happened, with the baby, with her.”

According to Time, 95 percent of women who have had an abortion do not regret their decision.

Huckabee then claimed that he respects people who disagree with him on this issue.

“There are no easy answers here. And I realize that there are some people that will be very different in their view of this than me. And I respect that. I don’t want to get into a shouting match with people who think I’m wrong. I respect that. I just come down on the side that every life is precious. I don’t think we discount the intrinsic worth of any human being, and I don’t know where else to go with it.”

As we all know, Huckabee would ban abortion entirely if he had his way. So when he claims to respect the view of others, he’s flat-out lying. The only views he respects is his own and he wants to force it on everyone else.

Under a Huckabee presidency, or any Republican presidency for that matter, little girls who are raped would be forced to give birth to their rapist’s baby. And then the rapist would have parental rights if that little girl lived in one of the many states in this country that still allow rapists to have such rights. Huffington Post reports that rapists have parental rights in over half the states. That means little girls would have to deal with their attacker throughout their lives if they live in the wrong state.

Rape victims already suffer physical, emotional, and mental trauma because of rape, and now conservatives like Huckabee want to add additional trauma by forcing them to carry rape pregnancies to term. And it’s not like Republicans care about the child once it is born. They only care about the fetus. So any costs of raising the child are entirely the burden of the mother. Furthermore, if a woman or girl chooses to put the child up for adoption, that could end up being a circus as well since Republicans like Jeb Bush support “Scarlet Letter” laws that require any single mother who puts their child up for adoption to publicly detail their sexual history, including rape, in newspapers as a way to shame them. It’s sickening and it makes it even more important that women vote in 2016.