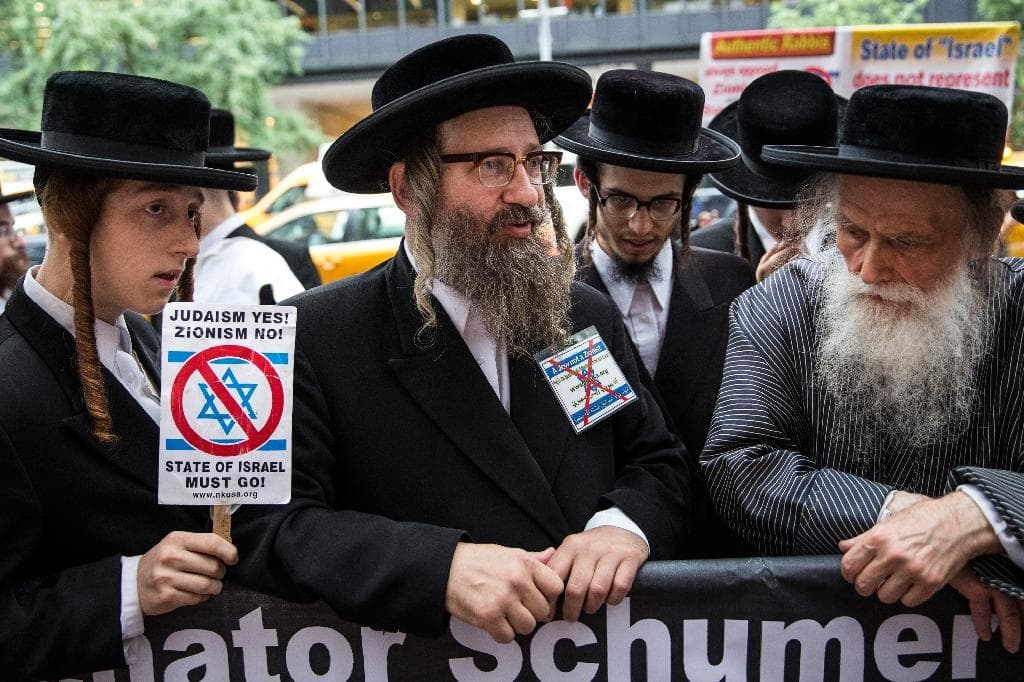 Conservative politicians and Israeli Prime Minister Benjamin Netanyahu have consistently tried to put the Iran nuclear deal in a “you’re either with us, or you’re against us” light. It’s as if any support of the deal, which would prevent Iran from becoming a nuclear power, is somehow an affront to Israel and Jewish people everywhere. On Monday, however, over 300 American rabbis showed this wasn’t the case.

It has only been two weeks since Netanyahu appealed to American Jews to stop the White House from making the deal with Iran. As Yahoo! News reported:

“Netanyahu personally called on US Jewish groups to thwart the White House-backed deal. He made his appeal on a webcast hosted by Jewish American groups, which said it reached some 10,000 people.”

This, of course, isn’t the first time that individuals have tried to usurp the President’s constitutional authority to prevent the deal from going through. In fact, over 320,000 Americans signed a petition demanding that the 47 Senators who wrote a traitorous letter to Iran, which tried to derail the deal, be charged with violating the Logan Act.

On Aug. 17, all of the “with us, against us” talk came crashing to the halt when 340 American rabbis wrote a letter to the Senate urging them to support the historic deal.

“As rabbis, we support the agreement between the United States, the United Kingdom, France, Germany, China, Russia and Iran– The Joint Comprehensive Plan of Action. We encourage the members of the Senate and the House of Representatives to endorse this agreement.”

“We are deeply concerned with the impression that the leadership of the American Jewish community is united in opposition to the agreement. We, along with many other Jewish leaders, fully support this historic nuclear accord.”

Of course, one cannot say that 340 Jewish leaders represent the popular opinion amongst American Jews. After all, most of the rabbis who signed are from progressive Jewish movements. Fortunately, we don’t have to wonder about that thanks to Rabbi Rachel Mikva, who pointed out:

“A wide array of views about the nuclear deal exist among American Jews, as demonstrated in the recent Jewish Journal poll that showed 49% approving of the agreement (31% opposed) and 53% wanting Congress to approve it (35% opposed). However many Jewish Federations, AIPAC and other leading national Jewish organizations are campaigning in opposition, which is being interpreted to mean that American Jews want to see the deal scrapped.”

So as is often the case for conservative causes, it’s not the majority who are standing with conservative politicians. In fact, the majority of American Jews think that the Iran deal is great. It’s the special interest groups, the minority with huge bank accounts, who are trying to slow things down.

The Syria War Just Got Even Nastier. The Iran Deal May Be Why