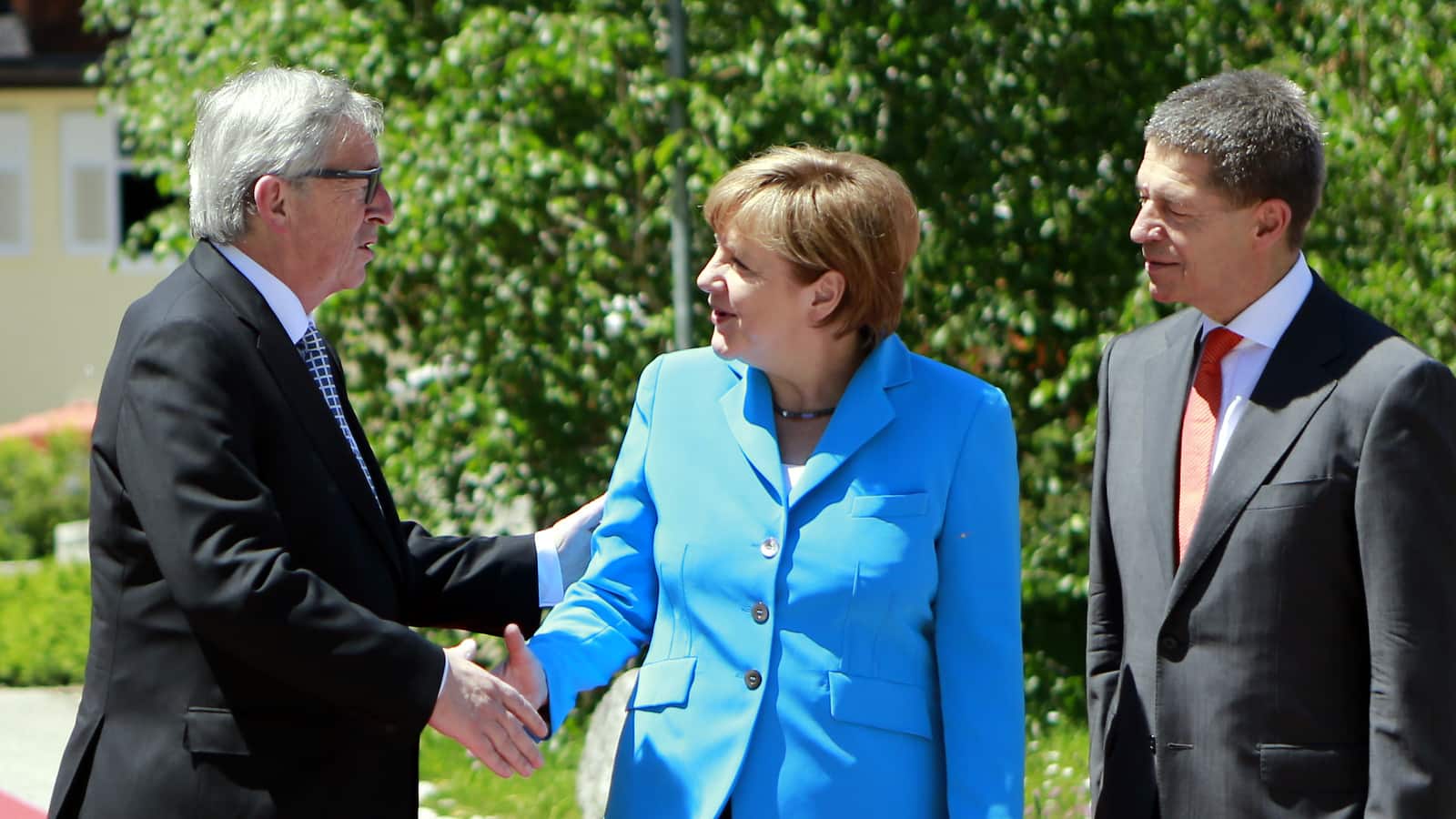 German chancellor Angela Merkel, host of the Group of Seven (G7) summit, announced today at a wrap-up news conference that the G7 leading industrial nations have made an agreement to phase out the use of fossil fuels by the end of the century, resulting in cutting greenhouse gasses that are attributed to global climate change.  The summit, held in the Barvarian Alps, was attended by seven leaders representing Britain,  Canada, France, Germany, Italy, Japan, and the United States.

Merkel said the Group of Seven leaders had committed themselves to the need to “decarbonize the global economy in the course of this century”.

Environmental lobbyists described the announcement as a hopeful sign that plans for complete decarbonization could be ruled on in Paris climate talks later this year. World leaders backed taking action to limit global temperature rises to 2 degrees centigrade or 3.6 degrees Fahrenheit.  These rises in temperature threaten to melt ice caps and glaciers, raise sea levels and bring more violent storms and floods.

Merkel also said that the leading industrialized countries were committed to raising $100 billion in annual climate financing by 2020 from public and private sources.  This commitment should enable developing countries to combat climate change while promoting fair and sustainable development.

Reacting to the summit’s final announcement, the European Climate Foundation described the G7 leaders’ announcement as historic, saying it signaled “the end of the fossil fuel age” and was an “important milestone on the road to a new climate deal in Paris”.

In December, 2015, Paris will be hosting the UN Climate Change Conference (or COP21),  one of the largest climate conferences ever organized. Their website describes COP21 as follows:

In 2015, France will be hosting and presiding the 21st Session of the Conference of the Parties to the United Nations Framework Convention on Climate Change (COP21/CMP11), otherwise known as “Paris 2015” from November 30th to December 11th. COP21 will be a crucial conference, as it needs to achieve a new international agreement on the climate, applicable to all countries, with the aim of keeping global warming below 2°C. France will therefore be playing a leading international role to ensure points of view converge and to facilitate the search for consensus by the United Nations, as well as within the European Union, which has a major role in climate negotiations.

The leaders warned Russia it would face stepped-up sanctions for its “aggression” in Ukraine. “We … stand ready to take further restrictive measures in order to increase cost on Russia should its actions so require,” … “We recall that the duration of sanctions should be clearly linked to Russia’s complete implementation of the Minsk agreements and respect for Ukraine’s sovereignty.”

The leaders also addressed other threats to global security.  Iraq’s Prime Minister Haider al-Abadi was invited to discuss the US-led campaign to help his country fight the Islamic State of Iraq and the Levant (ISIL) group who launched a lightning offensive a year ago and have invaded and overtaken over a third of the country’s territory.  “We reaffirm our commitment to defeating this terrorist group and combating the spread of its hateful ideology,” said the leaders, in reference to ISIL.