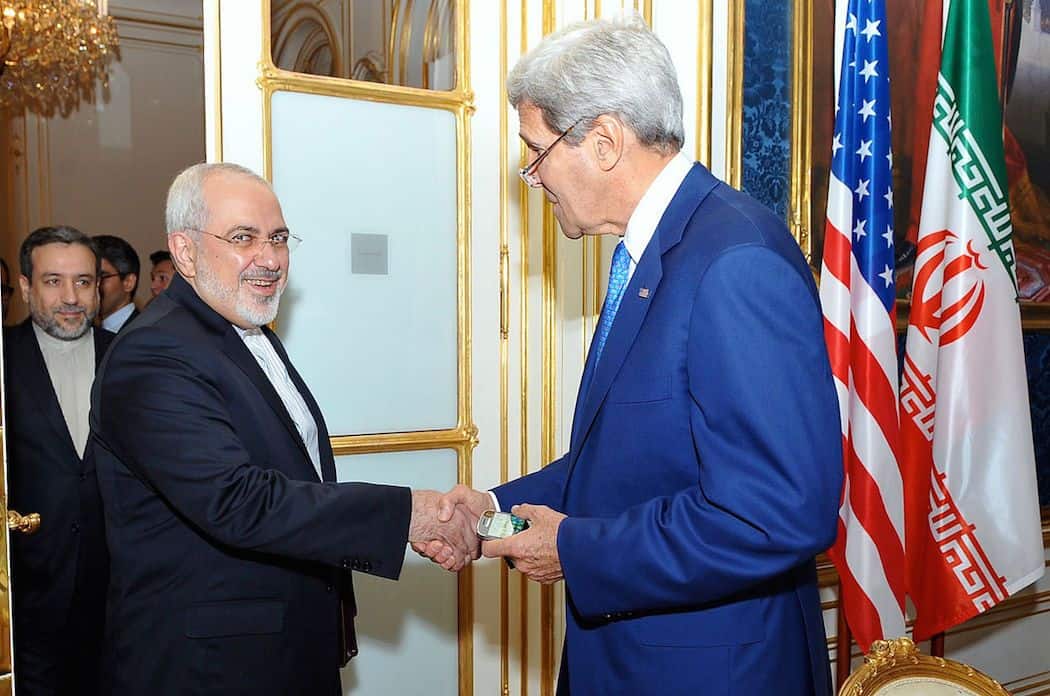 Conservative Republicans have made no secret of their desire to derail President Obama’s peace negotiations with Iran. Their efforts are becoming desperate and dangerous.

One of the GOP’s most aggressive hawks, Tom Cotton — freshman Tea Party senator from Arkansas — has initiated ‘an open letter’ to Iran that blatantly interferes with the President’s right to conduct foreign policy. Signed by a total of 47 Republican senators, the letter purports to ‘educate’ Iran on American democracy. It begins:

“It has come to our attention while observing your nuclear negotiations with our government that you may not fully understand our constitutional system.”

This insult to the intelligence of Iranian officials is followed by a veiled threat. First, it states that any treaty not ratified by Congress is “a mere executive agreement” that can be dispensed with as soon as a new president takes office. It says:

“The next president could revoke such an executive agreement with the stroke of a pen and future Congresses could modify the terms of the agreement at any time.”

In other words: we’re rolling up our sleeves, so get ready for a fight.

The effrontery of this attempt to intervene in foreign policy is shocking. During the previous GOP assault on the President, when its leaders invited Israeli Prime Minister Netanyahu to warmonger before Congress on the subject of Iran, Max Fisher of Vox wrote about the destructiveness of their breach of conduct:

“The Supreme Court has codified into law the idea that only the president is allowed to make foreign policy, and not Congress, because if there are two branches of government setting foreign policy then America effectively has two foreign policies.

“The idea is that the US government needs to be a single unified entity on the world stage in order to conduct effective foreign policy. Letting the president and Congress independently set their own foreign policies would lead to chaos.”

Republicans don’t care about unity, or about how America appears on the world stage. Chaos is apparently their aim. They have repeatedly shown that they are willing to endanger the entire country in an insane pursuit of their vendetta against President Obama. Over and over again, they’ve brought the federal government to the brink of disaster as the GOP has shut it down, refused to fund it, and nearly defunded what used to be their own sacred cow, Homeland Security.

It’s chilling that the entire Republican leadership in the Senate signed the letter, making obvious the fact that there is no adult at the helm. Not surprisingly, potential presidential candidates all signed as well — Marco Rubio (Fla.), Ted Cruz (Texas), Rand Paul (Ky.), Lindsey Graham (S.C.).

The short list of Republicans who didn’t sign is instructive — Lamar Alexander (Tenn.), Dan Coats (Ind.), Thad Cochran (Miss.), Susan Collins (Maine), Bob Corker (Tenn.), Jeff Flake (Ariz.), and Lisa Murkowski (Alaska) — all old hands who, in spite of ideology, at least have some commitment to the stability of the country. The fact that it’s not the experienced, mature politicians who are in charge of the Republican Party should give all Americans pause.

Reaction from Democratic leaders has been swift and emphatic. Senate Minority Leader Harry Reid (D-Nev.) said on the Senate floor:

“Republicans need to find a way to get over their animosity of President Obama. It’s unprecedented for one political party to directly intervene in an international negotiations with a sole goal of embarrassing the president of the United States.”

“Understand that if these negotiations fail, a military response to Iran developing their nuclear capability becomes more likely. [Senate Republicans] should think twice about whether their political stunt is worth the threat of another war in the Middle East.”

The ‘open letter’ was intended as a warning to Iran. Instead, it’s a dark foreboding of what’s in store for America if Republicans have their way.