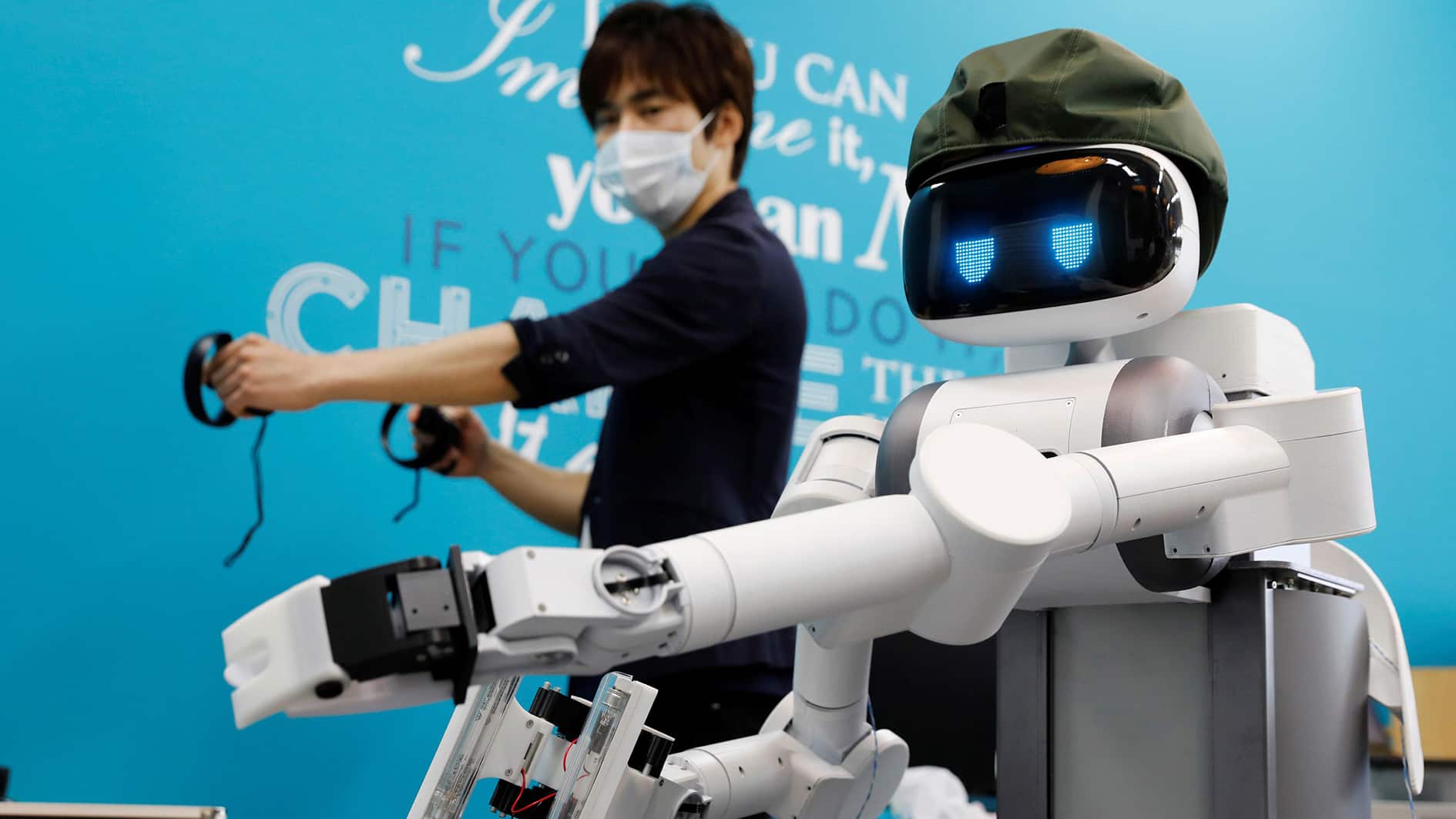 The future is now. Robots are popping up all over the place in Japan these days, or so it might seem.  They can be found everywhere from department store to banks, and in the future, in just about every profession you can think of.  Believe it or not, this may be a necessity for Japan’s population sooner than later.

The woman you see in the video (below) is not an actual customer service representative.  Her name is Aiko Chihira, the store’s new temporary greeter. She is beautiful and friendly.  She will never have a beef with the store management or with a difficult customer. That is because she is a humanoid robot.

The store’s regular greeter claims she’s not worried about Aiko, who was built to look like a perpetually 32-year old woman, taking her job.

“Communication is important,” said Ayako Seiryu of Nihonbashi Mitsukoshi.”My strength is I can actually talk to people.”

Aiko, manufactured by Toshiba, can use sign language and sing, but isn’t programmed to carry on a conversation — yet.

The technology is quickly evolving, however.  A bank in Tokyo is giving “nao” a try as a customer service robot.  This little guy is programmed to speak 19 different languages and answer basic questions.  This “polyglot” technology could be very useful during the 2020 Tokyo Olympics, when the city will be hosting thousands of foreign visitors.  By the time 2020 rolls around, the bank expects to have many more robots on staff to handle the escalated workload.

A robot named “Pepper,” who  “chats” with customers, first began appearing in Tokyo stores last year. Softbank, Pepper’s manufacturer, hopes the machine will eventually be a “family robot,” like a more attractive version of Rosieon “The Jetsons” or the cute little jewel thief in “Robot and Frank“. At least we hope. (2001: A Space Odyssey, anyone?)

This summer in Nagasaki, a new hotel is scheduled to open.  The hotel plans to have 10 robot staff members and they eventually plan to have more than 90 percent of their hotel operations run by robots.

What seems like fun and games today will most likely become a reality, if not a necessity in Japan during the coming years.  Japan has an aging population and an ever-shrinking work force.  There is serious talk about how to incorporate robots into that workforce.

The country’s senior citizens seem to be more than willing to embrace robots as caretakers. In a survey conducted by nursing home operator Orix Living, the poll found that more seniors would feel comfortable being cared for by a robot than by a foreign nurse.

As one senior citizen comments:

“Some day I will be living alone.  I would like to have a robot stay with me.”

With Japan’s dwindling population, shrinking workforce, and deep resistance to immigration, it looks like robots will be playing an ever-expanding roll as co-worker and caretaker.

So go ahead, department store customers. Photograph away at the beautiful woman in the kimono.  Some day she could be cooking your meals and changing your Depends.   But remember, for everyIron Giant and WALL_E, there could be an equal number of HALsorStepfordwives.

Be careful what you wish for.