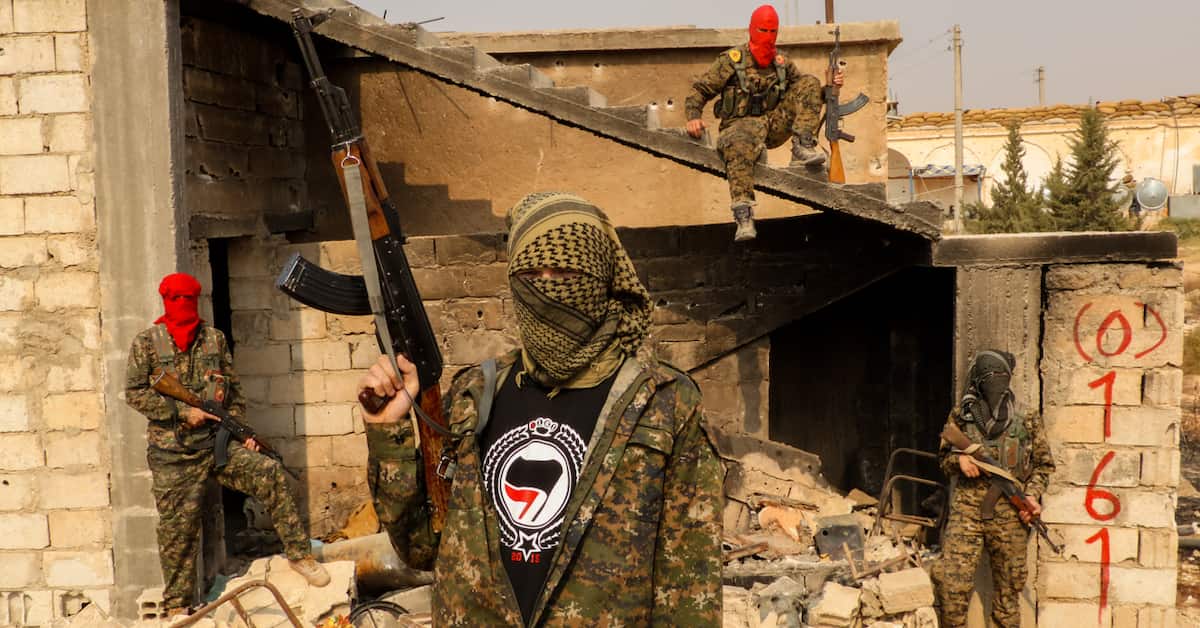 ISIS swept across northern Iraq like a sand devil last summer, scattering the terrified Iraqi army nearly as fast as the American coalition had 11 years earlier. They left mass graves and looted banks in their wake. Their modern weapons, diversified income of millions of dollars, slick propaganda, ability to understand and attract Westerners by the hundreds, and meticulous blitzkrieg made them seem less like a schism from al Qaeda, and more of a super mutation of al Qaeda. They were Spiderman to al Qaeda’s Peter Parker. In American media and rhetoric, swept up in election year hysteria, they were elevated to a status of evil masterminds. This week is likely to be the beginning of a rapid decline in their mystique and power, because their recent moves reveal that their decision makers are not evil geniuses, but vile idiots.

It is better to be feared than loved, as Machiavelli argued. But, if ISIS wants to be considered a valid political entity in the international arena it has to evolve beyond simply being the boogie man. Its leaders have to cultivate levers of influence over other political actors. By seeking to negotiate for hostages, it appeared to be cultivating influence in the mode of North Korea. But its psychosis and nihilism are apparently far deeper than Pyongyang’s. Consider the leverage that ISIS squandered by executing its two Japanese and one Jordanian hostage. The two Japanese men were incredible potential bargaining chips. ISIS was asking for $200 million for them. Simply by having them in their possession, ISIS embarrassed Japan, making the Japanese people question its first sustained expansion of military presence in the world since WWII. The Japanese government considered the situation a crisis, and was committed to trying to free them.

But rather than free them and gain a significant windfall for little effort, ISIS began playing games it couldn’t possibly win. ISIS beheaded one of the Japanese men, possibly in the hopes that a ticking clock would force the Japanese government to hand over money on blind faith. But no government is going to be hustled into a rash decision like that. The surviving Japanese prisoner was then used to instruct Jordan to release a failed suicide bomber with a connection to ISIS people who splintered from al Qaeda, in exchange for the Jordanian pilot. Jordan demanded proof that the pilot was still alive. ISIS could not possibly provide this, because they had already killed the pilot weeks earlier. ISIS then killed the second Japanese man, and revealed its horrific Dark Ages murder of the pilot while Jordan’s King Abdullah was in the US. This demonstrates that ISIS is not only evil in an ever-accelerating way, but its planning is irrational. ISIS held two major US-allied governments by the throat, but its commitment to cruelty trumped tactical decision-making. If they had compromised on the brutality, they could have come out hundreds of millions of dollars richer, and if Jordan had sprung the terrorist, with a PR coup to boot. The triumphant homecoming of a “jihadist sister” after two major governments prostrated themselves before ISIS would have attracted recruits. They could have used the money to supply more fighters, expand their influence, and entrench more deeply into their conquered territory.

If ISIS is to survive as a political entity, it needs to divide and conquer. It needs to be a beacon to extremists and secretly capture the imagination of moderates. It needs to drive a wedge between Arabs and the West, between Sunni and Shia, and between Muslims and their governments. Its propaganda had accomplished many of these things. But its psychotic video of the murder of the Jordanian pilot may undo a great deal of its messaging success. It is so depraved that no human with a thought beyond nihilistic savagery could possibly identify with it. The New York Times reports a virtually unprecedented wave of universal revulsion across the Middle East. The killing was condemned by clerics of virtually all stripes, not known for their agreement.

Many of ISIS’s latent opponents are teaming up and hardening their resolve. Iraqi Christians are forming anti-ISIS militias. The Kudish peshmerga have formed an operational alliance with the Free Syrian Army, to attack ISIS on two fronts. But most importantly, enraging Jordan may prove to be a grievous strategic blunder. Perhaps they sought to knock Jordan out of the war. But the Jordanian people seem to enthusiastically support a campaign of vengeance. Jordan has already begun retaliatory bombing of ISIS positions, but its airstrikes may be the least of ISIS’s worries.

Jordan has one of the best intelligence networks in the Arab world, and had the most success infiltrating al Qaeda before and after 9/11. In the summer of 2001, Jordanian intelligence warned the US that al Qaeda was preparing a big attack in the US, and that it would involve planes. Jordan’s king was so concerned about the size of the attack, that he offered to send Jordanian special forces to Afghanistan to preemptively attack al Qaeda on America’s behalf. The Bush Administration declined the offer. When al Qaeda in Iraq commander Abu Musab al-Zarqawi was killed in a US airstrike in 2006, it was the end result of a tenacious Jordanian intelligence infiltration operation. Arguably, there is no intelligence service on earth more skilled at infiltrating, understanding, predicting and destroying Islamic extremist organizations than Jordan’s. And in one fell, stupid swoop, ISIS just fused the people, King and military of Jordan into one white-hot seething rage.

This is the Middle East. The airstrikes are the appetizer. The main course will be personal.