Everything You Need To Know About The Panama Papers Data Leak 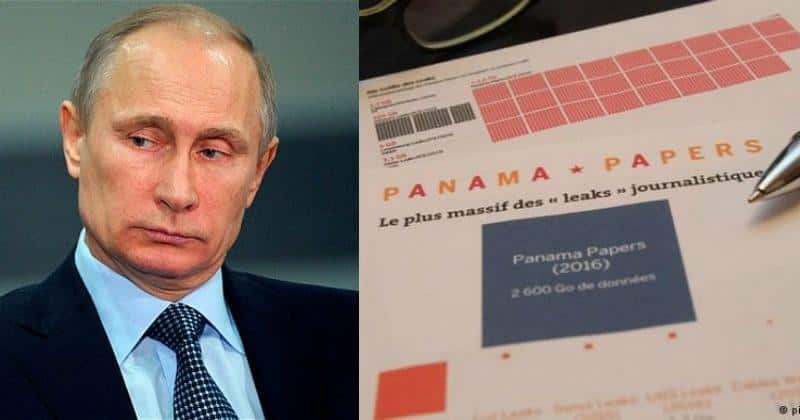 At 11.5 million files, the Panama Papers are the biggest data leak in history. They’re a road-map to a world that exists only in the shadows, populated by a network of the world’s powerful and wealthy elite.

If you’re feeling a bit lost, don’t worry. The sheer volume of information we’re going to see come from this is, to say the least, overwhelming. So let’s start with the basics: what exactly are the Panama Papers, and what do they reveal?

Tax-Dodging On An Unprecedented Scale

Let’s say a company has $10 billion dollars. They can avoid taxes by investing some of that money. For our purposes, let’s say they invest $5 billion. Now, they can legally claim $5 billion in profit and be taxed accordingly.

To get around the inherent risk involved in real investment, some large businesses, organizations, and wealthy individuals have “invested” in shell companies that make nothing and do nothing. The biggest facilitator of this practice is a Panama-based firm called Mossack Fonseca, who have created a vast network of shell companies to funnel dark money to and from businesses and individuals around the world.

Not only is this money safe from taxation, the network hides assets and paper trails the public might find unsavory.

Fusion provides a succinct explanation of Mossack Fonseca’s role in the affair:

As a ‘registered agent,’ Mossack Fonseca provides the paperwork, signatures, and mailing addresses that breathe life into shell companies established in tax havens around the world — holding companies that often create nothing and sell nothing, but shelter assets with maximum concealment and a minimum of fuss.

The leak revealed Mossack Fonseca‘s involvement in over 200,000 shell companies that helped companies avoid trillions of dollars in taxes.

The Biggest Data Leak In History

At 2.6 terabytes of data, the Panama Papers are the biggest leak ever received by a team of journalists. In late 2015, an anonymous source contacted the German newspaper Süddeutsche Zeitung, who in turn sought the help of the International Consortium of Investigative Journalists (ICIJ) to decrypt and decipher the information.

The graph below demonstrates just how large the leak was, contrasted with other notable data leaks from Edward Snowden and WikiLeaks.

The scale of the #panamapapers compared to previous leaks.

When the editors of Süddeutsche Zeitung were contacted by the anonymous source, he/she told them their “life is in danger” and made the journalists agree to communicate only through secure, encrypted means. The exchange went like this, according to Süddeutsche Zeitung:

Source: Hello. This is John Doe. Interested in data?

Source: There are a couple of conditions. My life is in danger. We will only chat over encrypted files. No meeting, ever. The choice of stories is obviously up to you.

Süddeutsche Zeitung: Why are you doing this?

Source: I want to make these crimes public.

Not only are there severe social and political implications of widespread global tax evasion, the leak itself revealed how shady off-the-record businesses dealings have been the source of war crimes, poverty, sex trafficking, and more.

“It is known how barrel bombs and missiles have been dropped on civilian neighborhoods killing thousands of innocent lives in Syria. However, while the war crimes have been documented, the offshore finance behind these crimes has not. According to the Panama Papers, offshore companies have been accused of supplying fuel for jets slaughtering civilians in the Syrian civil war. And although many countries like the United Stated or the United Kingdom have called for bans on these companies, it is now known that Mossack Fonseca aided these companies and other clients to continue operating in alleged tax evasion, fraud, bribery, arms deals, and drug trafficking.”

You can read the rest of her article, Hidden Victims Of War And Trafficking Revealed By Panama Papers, here.

Connections to organized crime are also a prominent feature of the leak, according to Süddeutsche Zeitung:

“Among others, Mossack Fonsecas’ clients include criminals and members of various Mafia groups. The documents also expose bribery scandals and corrupt heads of state and government. The alleged offshore companies of twelve current and former heads of state make up one of the most spectacular parts of the leak, as do the links to other leaders, and to their families, closest advisors, and friends. The Panamanian law firm also counts almost 200 other politicians from around the globe among its clients, including a number of ministers.”

Süddeutsche Zeitung and major media outlets cooperating with them are releasing information systematically. It will be months or years before we have enough information to compile a full list, but if the names released thus far are any indication of the enormity of things to come—prepare for your view of major brands, media personalities, politicians, celebrities, and heads-of-state to change forever.

The Prime Minister of Iceland, for example, became visibly flustered and walked out of an interview with The Guardian after interviewers questioned him on an illegal tax dodge revealed by the leak. “What are you trying to make up here?” he asked. “This is totally inappropriate.”

There is a fascinating paper trail linking Vladimir Putin and a concert cellist to $2 billion in dark money. Even popular martial-arts star Jackie Chan “has at least six companies managed through the law firm,” according to USA Today.

Reverb Press will report on individuals and companies named by the leak as more information becomes available.