Top 10 ISIS Fails and Blunders of All Time (VIDEOS) 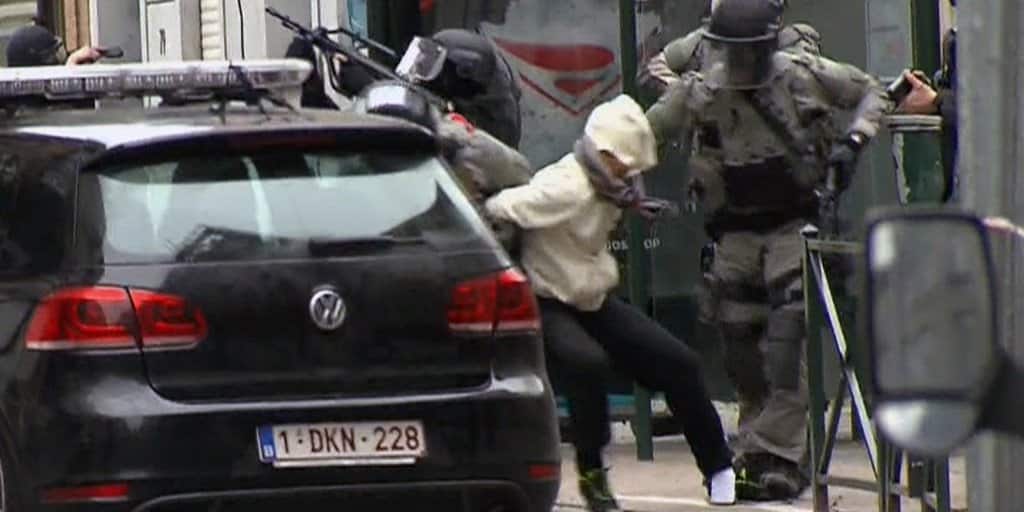 Over the past few years, the Islamic State of Iraq and Syria, better known as ISIS, has managed to keep themselves in the news.  From situations as serious as suicide bombings to something as humorous as a college student informing Jeb Bush of how his brother created ISIS, the fact is that they’re always there.  So today, we’re going to take away a little bit of their power by showing you what idiots these guys really are.

In 2012, Abu Abdul-Rahman — formerly known by Mark Taylor — left New Zealand so that he could join ISIS in its fight against… whoever the hell they were fighting that week… it literally could have been anyone.  Unfortunately for Taylor, he has an addiction we understand all too well:  social media.  The struggle is real, people.

To assuage this addiction, he made sure to keep sending out Tweets about his adventures in ISIS.  What he didn’t realize, however, is the fact that his Tweets were geotagged.  He eventually took notice and deleted 45 of these Tweets.  It’s a shame bin Laden’s capture story didn’t start out like this. It would have made for a way better movie.

In early 2015, a video went viral of an elderly woman, assumed to be in Syria, confronting two members of ISIS while they were in a vehicle.  I’m not sure how often the word “epic” is used in the same sentence as ISIS, but this woman’s rant definitely deserves the adjective.  She shot off this classic gem:

“Do not slaughter anyone and nobody will slaughter you. It’s all forbidden. I swear nothing you have done was in the way of God”

She’d go on to tell the men that their perversion of the Koran would prevent them from entering into Heaven.  The video ends before we get to see the conclusion, but we can only assume she dragged both men out by their ears and threw them to the ground.  Okay… we can only hope.

8.  Not Quite Understanding Hostage Negotiation

Unfortunately, ISIS is a dangerous organization, and this dictates that this list will not only be composed of awesome old women and stupid Twitter updates.  We all remember, for instance, the video being released of ISIS burning the Jordanian pilot to death.  That’s not where the story began, though.  In fact, ISIS said that they would not harm the pilot, Moaz al-Kasasbeh, if Jordan released one of their prisoners.

The prisoner in question was Sajida al-Rishawi, a female ISIS militant who had been sentenced to death.  The woman was completely safe, and then ISIS decided to execute the pilot.  How did Jordanian king Abdullah II respond?  He went ahead and killed al-Rishawi.  Oh, along with Ziad Karbuli, an Iraqi al-Qaeda operative, and several other militants.

Dear ISIS:  Learn how hostage negotiation works… or at least don’t screw with the Jordanian king.

2015 hasn’t been the best year for ISIS.  Take when they destroyed a bunch of 3,000 year old statues.  Oh wait… they didn’t.  They filmed themselves destroying statues, and they even let us think they were ancient relics.  Unfortunately for the group, they haven’t really ever perfected their bluff game.

As it turns out, the statues they pretended to destroy were actually housed safely in an Iraqi museum.  And while this information was good to hear, we all sort of knew something was up when “3,000 year old statues” crumbled apart easily and appeared to be held together by metal bars.

Come on, ISIS.  You can do better.

ISIS undoubtedly has some trustworthy people in their rankings.  Come on… most are willing to die for what they believe in.  Luckily, not all of them will make this sacrifice.  In fact, sometimes all it takes for an ISIS commander to turn on his boys is the offer of a few jailhouse perks.

Abu Shakr joined al Qaeda when he became angry of how Sunnis in Iraq were being treated.  The group he was in evolved into ISIS, and Shakr became a trusted commander in the organization.  Then he was captured.  Then he was offered perks for snitching.

Shakr’s work as an informant has led to the capture and interrogation of numerous suspected militants.  Heck, his information helped take back the key town of Beiji, where the largest oil refinery in Iraq was located.  So ISIS and McCain have a bit in common:  they need to learn to better vet those they choose to put in top positions.

Looking at you, Sarah.

We would love to load every video of an ISIS militant doing something stupid that results in his untimely demise or serious injury.  Unfortunately, it’s not likely that our server would handle a “Top 7,532 ISIS Blooper Videos” article.  Just so you have a little something to take home with you, though, here you go.  Please overlook the fact that it’s set up like an infomercial. No idea what that’s about.

Okay, in reality, this one is kind of depressing.  15-year-old Sabina Selimovic and 17-year-old Samra Kesinovic, two Austrian teen girls, decided that they wanted to fight for ISIS.  So in reality, their biggest blooper was in making this decision.  They left a note for their parents that said this:

“Don’t look for us. We will serve Allah – and we will die for him.”

It only took about half a year for them to recognize their “epic fail,” and a little longer for their note’s prediction to come true.  They were quickly married off to ISIS militants, impregnated and used as the poster girls to attract more female youth to ISIS.

Eventually, the girls were in contact with the families they left behind, and they told them that they no longer wanted to be part of the ISIS life.  Unfortunately, it’s not always quite that easy.  In Dec. 2014, it was reported that one of the girls was missing and the other was dead.  Sadly, this hasn’t deterred other young teenage girls from trying to follow in their footsteps.

Early 2014 resulted in one of the most inspiring stories to come out of the news in a while.  A member of ISIS, who was training several other members on how to become the best they could be as suicide bombers, accidentally set off a belt of explosives during class.  The explosion killed the teacher and 21 of his ISIS “students.”

Don’t worry… it’s okay to giggle at this.  In fact, a liquor store owner, Raad Hashim, who just so happens to work near a previous ISIS suicide bombing attack site, had this to say:

“This is so funny.  It shows how stupid they are, those dogs and sons of dogs.”

While his insults could use a little work, we couldn’t agree more.

We all know by now that ISIS are a bunch of social media junkies.  This is likely what led one of them to post a selfie from one of their command bases.  Air Force Gen. Hawk Carlisle said this about the post:

“[We’re] combing through social media and they see some moron standing at this command… And in some social media, open forum, bragging about the command and control capabilities for Daesh, ISIL.”

Using whatever specialized technology the military has, they were able to pinpoint the location in the background of the selfie.  Unlike the idiot mentioned in No. 10 of this list, though, this ISIS militant couldn’t have benefited from removing this post.

This is because, within 22 hours, the U.S. military had pinpointed and used three joint direct attack munitions to destroy the building and everyone in it.  Remember kids:  selfies can kill.  Especially if you’re a moron.

Everything on this list had the potential to be No. 1, but the feeling you get upon hearing this story pretty much cemented it’s place.  Are you sick of hearing about new videos being released of innocent people being beheaded by the violent organization?  Want to know what video you won’t see them bragging about?

The one where they accidentally decapitated one of their own fighters. In Nov. 2013, a spokesman for ISIS released this statement:

“We call on God to accept Mohammed Fares into his Kingdom and to forgive his brothers that sought to rid us of the enemies of God and our enemies.”

So who is Mohammed Fares?  Only an ISIS fighter who was injured while fighting for the organization.  As he was brought to a makeshift hospital, he happened to shout the names of two Shiite Muslims, and this led the Sunnis in the area to assume he wasn’t on the side of ISIS.

These things happen, I suppose.  ISIS posted a video of two young fighters displaying the head of Fares for all to see.  Can you imagine how sheepish they felt later?  Imagine being a fly on the wall at that HR meeting.

“Guys, we appreciate your enthusiasm, but these kind of mistakes just can’t happen anymore.  This is your one verbal warning.  After this, a write-up will go into your personnel file, and after that, even one slip up will result in you being sent to suicide bomber school.”

I know which teacher I hope they got…

Okay, this isn’t an actual ISIS blooper reel, but you can imagine it is. If you don’t have a slightly dark sense of humor, skip this one.