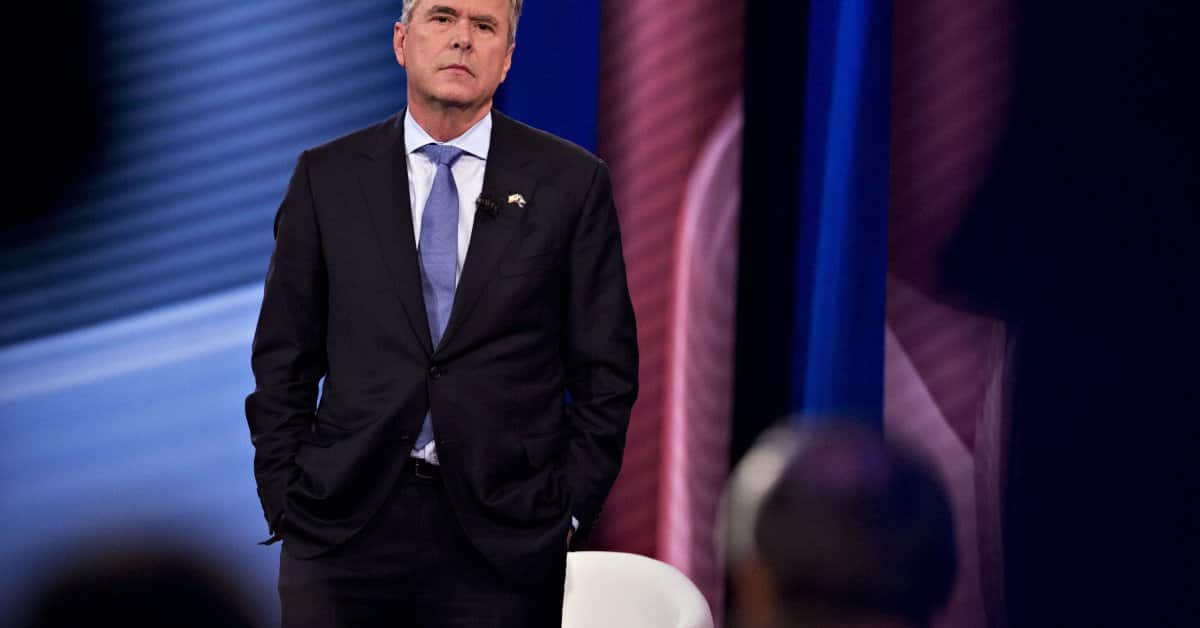 Everybody has political differences, even those who label themselves as being in the same ideological camp. The one thing that is supposed to bring all liberals together, though, is our search for the truth. We aren’t supposed to resort to Fox News tactics to gain an upper hand. We have so much actual dirt on Republican politicians that we shouldn’t need to make things up.

With this in mind, you’ve undoubtedly seen countless “news” organizations and blogs talk about how Jeb Bush has changed his answer on the Iraq War four times within a few days. But did he really? After all, if we’re saying that he’s flip flopping when he actually isn’t, it just makes us as liberals look bad, right? Let’s look deeper.

JEB BUSH ON WAR IN IRAQ

The video at the end of this article points out four instances where David Pakman, of The David Pakman Show, claims that Jeb Bush changed his answer on the Iraq War. The first example he brought up was during Jeb’s interview with Megyn Kelly of Fox News.

Kelly: “Knowing what we know now, would you have authorized the invasion?”
Jeb: “I would have, and so would have Hillary Clinton, just to remind everybody. And so would almost everybody that was confronted with the intelligence they got.”

Kelly: “You don’t think it was a mistake?”

Jeb: “In retrospect, the intelligence that everybody saw, that the world saw, not just the United States, was faulty.”

As seen in this exchange, it’s overtly obvious that Jeb Bush misunderstood the question. He mentions Hillary Clinton authorizing the war, but we all know that with the information we know now, this would have never happened. He even goes on to point out that “in retrospect,” the intelligence was faulty.

These are obviously the words of someone who thought the question was “Would you have invaded Iraq if you had been in charge back then and seen the same intelligence?” Those who jumped on this obvious mistake are making it seem as if we as liberals have nothing better to do than make stuff up. Seriously, do we really think he said “If I had known that the intelligence was faulty and Iraq was no threat, I still would have started the war. Just for funsies!”

The second instance Pakman points to is an interview with Sean Hannity, also of Fox News. Hannity asked Jeb to clarify what he told Megyn Kelly. This is what he said:

So he first states that he misunderstood the question, which anyone who was focused on the truth rather than the hype already knew. He then says, just like he said in his answer to Kelly, that mistakes were made. He then continues:

“I don’t know what that decision would have been, that’s a hypothetical. The simple fact is mistakes were made. … And so we need to learn from the past to make sure we’re strong and secure going forward.”

Pakman implies that this is a flip flop, but how? He admitted to misunderstanding the question, repeated that mistakes were made and then stated that he didn’t want to answer a hypothetical question. Is this a cop-out answer? Yes. Was it a flip flop? Not even close.

Pakman’s third example came from a town hall meeting in Nevada when he was again asked about his position. He first explained how he once had to call the families of deceased servicemen and women to break the terrible news to them. He then said:

Did he flip flop there? Of course not. In his second answer, he simply said he didn’t want to answer a hypothetical question. In this third answer, he said the exact same thing, but he provided a reason for his decision. Oh, and after this statement, he spoke with reporters and said this:

“Of course, given the power of looking back and having that — of course anybody would have made different decisions. There’s no denying that.”

That’s right, he already said he would have made different decisions than his brother. The last example Pakman points out occurred at another town hall meeting, this one in Arizona:

So in this instance, Bush finally drops the “I don’t want to answer hypothetical questions” schtick. He finally says that he would have gone to Iraq. Pakman giggles before pointing out this statement as if he’s about to prove a huge point, but what was proven? Was this a flip flop? Come on, people.

Let’s break it down.

So is Jeb Bush a terrible candidate? Definitely. For Christ’s sake, he said his most trusted adviser on Middle East foreign affairs would be his brother “Dubya.” This alone should disqualify him in most people’s minds.

Trust me, there are plenty of things to attack Jeb Bush on. So why in the world are we letting blog’s like Pakman’s, whose main goal is to get you to click their link, dictate what we believe? If you read Bush’s statements, it’s obvious that he didn’t flip flop a single, solitary time. Did he stumble and try to avoid answering? Sure. Each time, however, he hinted at his final answer.

We have got to stop spreading misinformation. Not only will it come back to bite us, but it makes us look no better than the people at Fox News and the drones who share their “information.” We’re liberals, people. Let’s act like it.

Is The Low Wage Recovery Really A Myth?