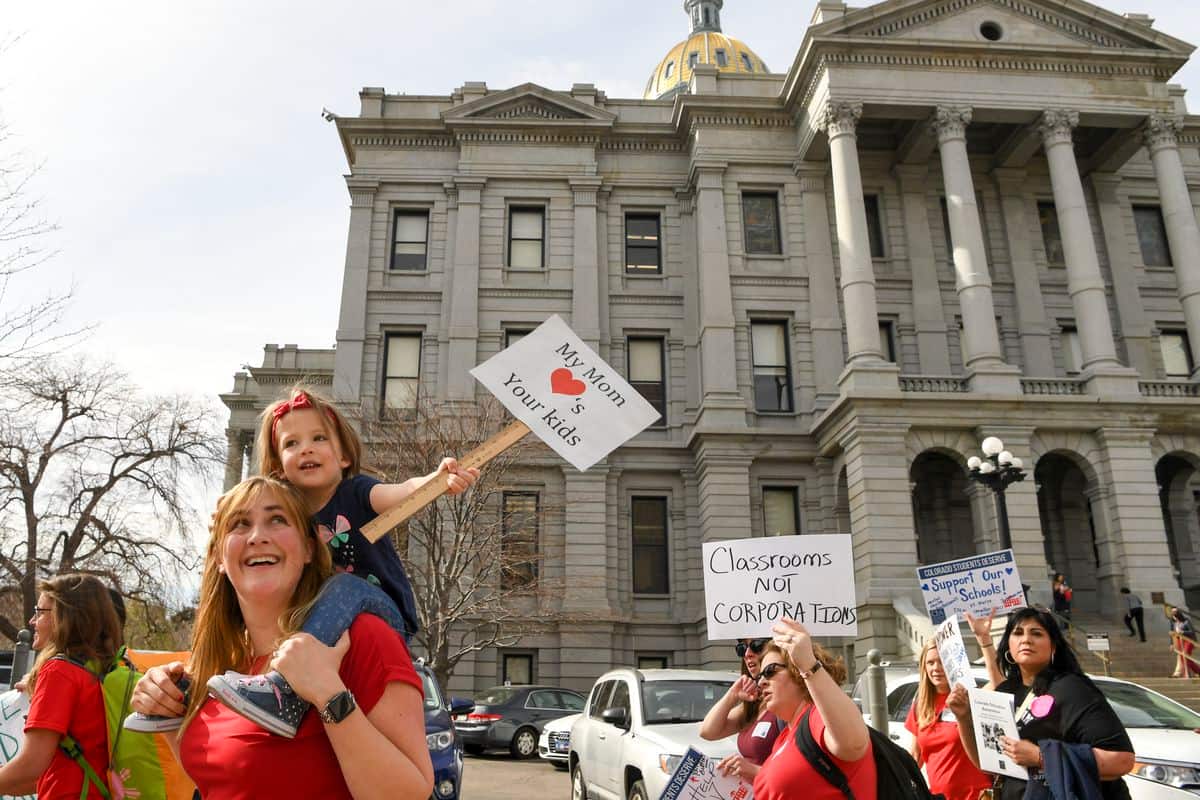 In another outright attack against education and educators, a Republican-proposed law in Kansas would turn educators who teach certain sexual education material into criminals. The wording of the proposed law is vague, but it states that an educator could face six months in jail if they teach something that a “reasonable person” would find offensive.

It removed teacher protections from prosecution by doing so. Coming from the state that went full throttle into “The Tea Party Experiment,” only to prove that these policies destroy a state, it’s scary to think what the legislators’ definition of “reasonable person” is.

While the proposed bill wouldn’t ban sex education altogether, it would put constraints on teachers. After all, what educator is going to properly teach their class knowing that, if a single one of their students’ parents finds something offensive, they could be heading to jail?

Senate Bill 56 came about due to a poster displayed in Hocker Grove Middle School during the 2014 school year. The poster described different ways that people go about expressing their sexual feelings. These descriptions included holding hands, kissing and more… ahem… intimate actions.

The furor was mostly driven by one solitary parent, Mark Ellis, who complained about his 13-year-old daughter seeing the poster. He stated:

“There was some resistance, and I had to kick it up a notch to get the poster removed.”

Just think about it: how many different opinions are there about anything? Ever? That’s right: lots. What one person finds funny, another person may find offensive. It doesn’t mean that either of them are unreasonable; it simply means they disagree.

So, in essence, anything that would be taught in sex education classes could be considered offensive by some. If this bill becomes law, the opinion of one overbearing parent could result in a teacher being arrested. With this hanging over their heads, what educator is going to provide a proper education?

THIS IS GOING TO BACKFIRE

As mentioned, the “Tea Party Experiment” in Kansas backfired. It basically destroyed the state’s economy. Just as in that case, this bill is sure to backfire if it becomes law. The parent who got upset that his 13-year-old saw a poster with intimate descriptions on it? He’ll feel really sheepish when he realizes that a lack of sexual education has contributed to 2 percent of kids losing their virginity by age 12, 16 percent by age 15 and about a third by age 16.

Additionally, science — that’s right, science — has proven that comprehensive sexual education reduces teen pregnancy rates. One would think that since Kansas already has the 28th highest teen pregnancy rate in the country, a rate that nearly doubles that of New Hampshire, they’d be more focused on educating their teens about risks rather than putting their educators on trial.

Even worse, many believe that this ineptitude masquerading as a law would end up criminalizing the teaching of literary classics such as “Catcher in the Rye” and “Huckleberry Finn.” Heck, Gulliver is used as a sex toy by giants in “Gulliver’s Travels.”

The sponsor of the bill says that she doesn’t think a “reasonable person” would be offended by literary classics and want them banned. After seeing the law that she’s proposing, however, I’m left wondering how in the world Sen. Pilcher-Cook knows what a reasonable person would think.