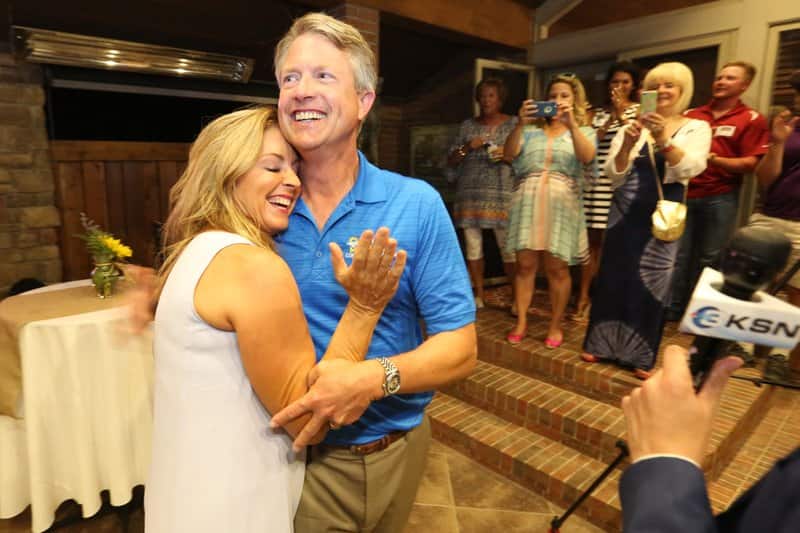 What kind of dumb-nuts think that they can virtually eliminate taxes and still provide essential services? Apparently, the kind that governs Kansas — from Republican Governor Sam Brownback to both houses of the GOP-dominated legislature.

Thanks to a Tea Party-driven agenda, Brownback proposed, and the legislature enacted, severe tax reductions in 2012. The deepest cuts were made to income tax rates for the wealthy and eliminating taxes on small businesses.

The initiative was called the Brownback Miracle, but aren’t miracles usually some kind of result? The result of Kansas’ miracle is that they can no longer provide basic services, like education, without — gulp! — raising taxes. And it’s the GOP majority that has to do it.

In 2012, Brownback said that the effect of tax cuts would be “like shooting adrenaline into the heart of growing the economy.” (The guy has obviously watched ‘Pulp Fiction’ one time too many.) The state’s economy was going to serve as a shining example to all the surrounding states. But not only has the state’s economy failed to lead the area, but job and economic growth are behind those of its neighbors.

With more tax cuts still to come, the budget shortfall for the next fiscal years is expected to be $400 million. And there is no where else to cut from  — especially not from the skeletal funding for education, or the emasculated state retirement system. The debate is no longer about whether to raise taxes, but which taxes to raise. That’s a battle that conservatives are waging among themselves.

Of course both houses of the legislature, which are drafting separate plans, want to build their tax increases on the backs of the poor and working class. According to The Washington Post:

“Among the fifth of the Kansas population with the lowest incomes, the average person pays 11.1 percent of what they make in state and local taxes, including sales taxes. Among the wealthiest one in every 100 Kansans, the average tax bill is just 3.6 percent of annual income.”

But of course, both houses are working on proposals to further increase that disparity by raising the sales tax.

The well-being of low-income families obviously isn’t on lawmakers’ minds, though they’ve put lots of thought into how to humiliate them. In April, they forbade recipients of state aid from using their money for swimming pools or movie theaters. God forbid that the poor ever treat their kids to a movie at a discount theatre or try to cool off at a public pool.

But legislators are having trouble making themselves do what needs to be done — namely, repeal the disastrous tax cuts. Annie McKay, executive director of the liberal Kansas Center for Economic Growth, said:

“You’ve got policymakers at this point who are unable to embrace the fact that there was a mistake made.”

Indeed, there are still lawmakers banging the economic-growth-will-take-care-of-the-problem drum, leaving others to tear out their hair over the dilemma. In at least a short-lived burst of reality, Senator Les Donovan admitted:

“We hoped [the tax cuts] would just be a magic lantern and everybody would react to it.”

At this point, the legislature is not entirely filled with Tinkerbells who believe in magic. Rep. Marvin Kleeb (R-Overland Park) at least acknowledged:

“We are at a point where we need to get things done.”

They say that admitting you have a problem is half the battle, but the clock is ticking without a solution that everyone — especially the Tea Partiers — can agree on. Saturday was the body’s 100th day in session, when the typical session lasts only 90 days. Every additional day costs $40,000 — but just put it on the taxpayer tab.
The masses don’t have the voice to object anyway — do they?