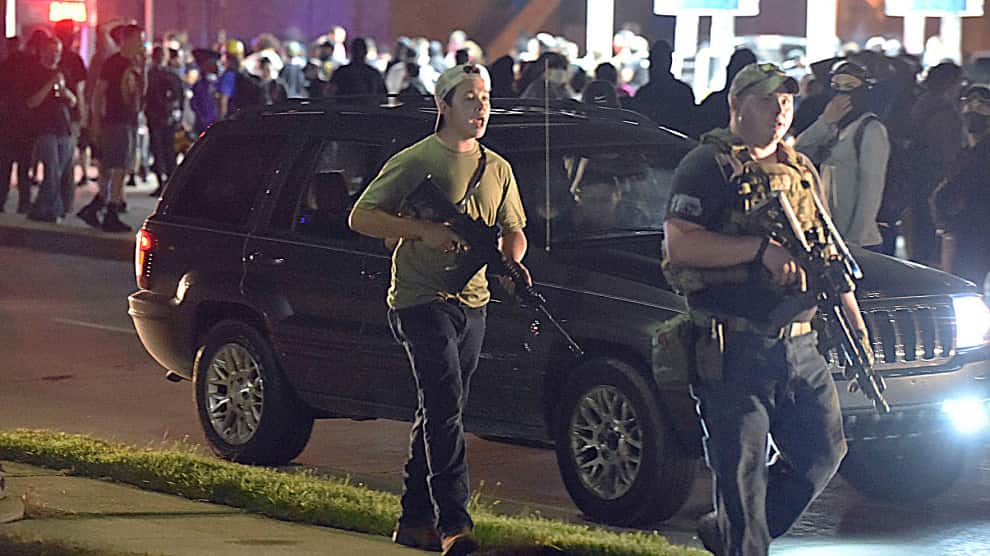 The town, which sits just north of Chicago, got a new billboard on Tuesday, thanks to the Kenosha Professional Police Association. It features a picture of police officer Pablo Torres, grinning broadly at Kenosha’s residents as he towers above them. Half of the billboard says, in big bold letters, “Thank you for your support, Kenosha.”

The first investigation cleared Torres of wrongdoing. Obviously, the association expects history to repeat itself. But the investigations are not internal. They are conducted externally, by the Wisconsin Department of Justice’s Division of Criminal Investigation.

Not that the entire community is concerned about Torres’ involvement in the shooting, or what the final outcome of the DOJ investigation might be. Some of them held a “We Back the Badge” rally, three days before they were rewarded with the big, smiling Torres billboard.

Aaron Siler’s friends and family, however, were hurt and offended. A family friend, Kathy Willie, said she thought about going to the rally with a shirt that said  ‘Pablo is a Murderer’, but decided not to. When she saw the billboard, this was her reaction:

“I saw it and I was immediately sickened. They are basically thanking Kenosha for shooting and killing Aaron and shooting and injuring Terry Knight. I was so hurt. I was bawling my eyes out… Why is he being praised?”

Good question. The attitude is one that the Kenosha News criticized in an editorial that also said the billboard needed to come down:

“The billboard, and events such as the Back the Badge rally in Pennoyer Park on Saturday, may be intended as support for law enforcement and appreciation for that support, but they could also be seen as attempts to intimidate people who might criticize the police.

“There is an ongoing investigation of a fatal police shooting in Kenosha. Everyone — the cheerleaders for the police and the critics — ought to withhold judgment on this case until the results of that investigation are made public.”

The shooting followed a car chase that ended on foot. Siler allegedly drew a gun before he was shot by Torres, an allegation that the investigation will address.

The community has a right to be skeptical. According to The Guardian, Torres has a sketchy career history that includes “nine citizen complaints for excessive use of force and seven departmental reprimands, including improper chase and failing to appear in court.”

One of the town’s residents who is keeping a close eye on the situation is Michael Martin Bell. Bell was partly responsible for the law that required outside investigations of police-involved shootings. His son, Michael Edward, was shot in the head and killed by Kenosha police during a traffic stop. And, before anyone even gets started on parsing this racially, both Bell and his son are white.

The father became an advocate after the outrageous aftermath of Michael’s death. It took a mere 48 hours for the officer who shot Michael to be cleared. Bell told The Guardian:

In that case, too, the police saw fit to rub salt in a very open wound. Bell described what happened, as well as the probable motivation:

“In March of 2005 after my son was killed, I got a phone call telling me the officers involved in my son’s death had been nominated for meritorious service. To this day, we still don’t know who nominated these officers. If they gave them awards, (the shooting) must have been OK. That’s one of their methods of operation.”

Bell had resources to fight back. His way of fighting was to insure the passage of the outside investigation law, Wisconsin Act 348, in 2014. But he realizes that not everyone has the resources to demand justice. He said further that, “I  know the system is broken.”

No one has to look far to see the evidence of just how broken, and how little city officials care. First, the billboard gave the seal approval to Officer Torres. Then the Mayor, Keith Bosman, made this statement:

“I’m very confident officer Torres will be exonerated and allowed to come back to work soon. We wish the best for him.”

Evidence? Kenosha police don’t need no friggin’ evidence! They’ve got the power and they’re confident that Kenosha will see that they keep it.