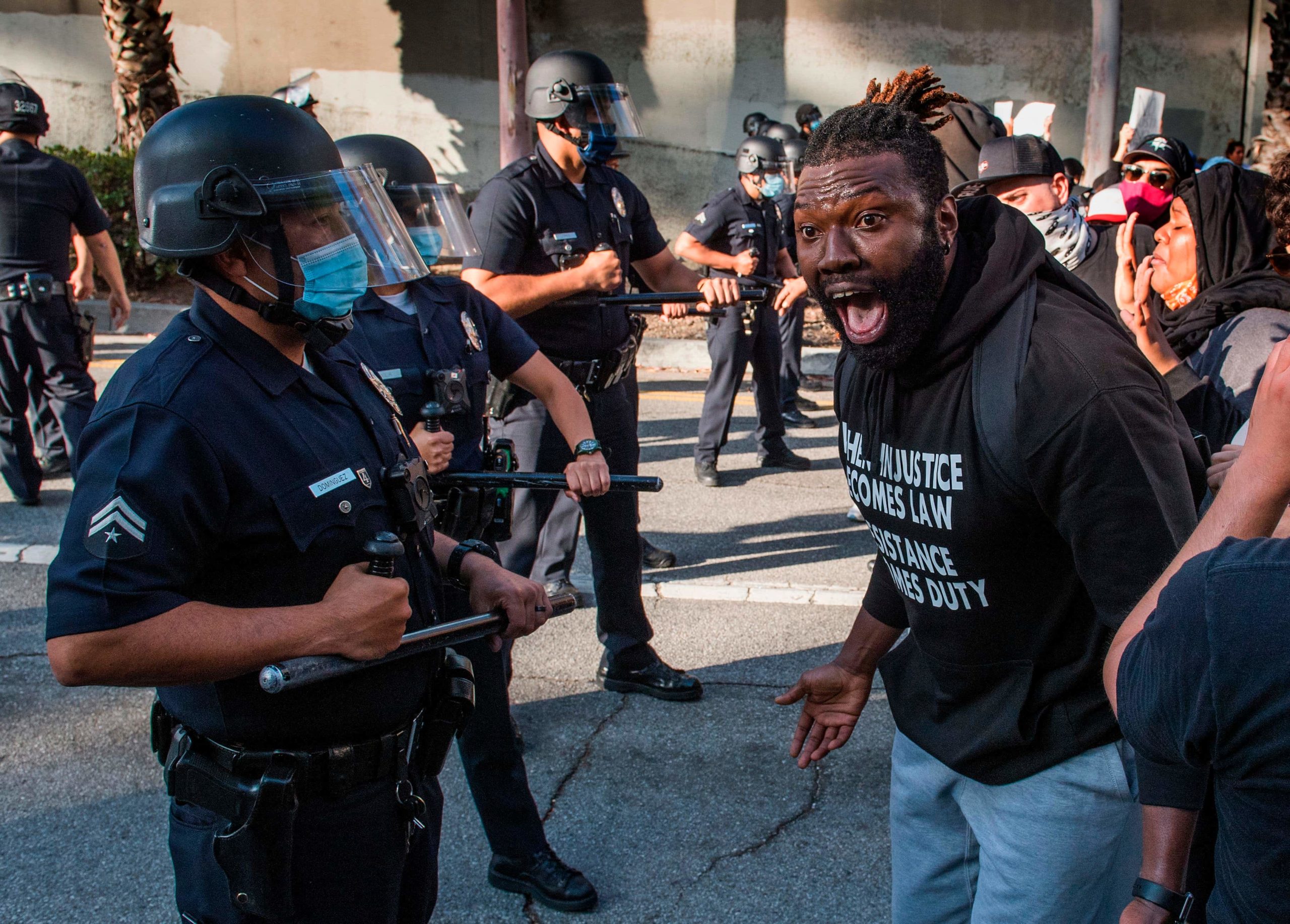 On Wednesday, Christopher Laugle and Paul Gaston each threatened Cincinnati police officers with a fake gun. But that’s where the similarities between the two incidents ends. Laugle, who is white, was disarmed and taken into custody. Paul Gaston was black, and now he’s dead.

Christopher Laugle Arrested After Pointing An Airsoft Gun At Police.

Cincinnati police officers responded to reports of a possible assault at a home in the Mount Healthy community Tuesday. Shortly after arriving at the scene Christopher Laugle, 26, pointed an Airsoft toy gun at the officers and refused their orders to drop it.

“When officers arrived they spoke with the woman who lived at the home, who told officers she wanted a man, who had been living on her porch, to leave her home. The man did. To ensure the woman safe, the officers asked her if there was anyone else at the home and through a partially opened door saw a second man [Laugle] and a gun lying on a coffee table.

“The woman told officers the gun was fake, picked it up and was told by officers to put it down. At that point, the man later identified as Laugle grabbed it from her and pointed it at officers, who also told him to put it down. He kept walking toward the officers with the gun…”

The officers disarmed Laugle but he resisted arrest. According to an incident report, the officers stated that they “felt threatened” and “did not know the gun was fake” until after Laugle was disarmed and taken into custody.

“The officers would have been in their right to use deadly force…thankfully they didn’t,” Police Chief Vince Demasi said Friday.

Laugle faces a menacing charge and was ordered held Thursday on $2,000 bond.

A similar encounter with Cincinnati police ended much differently for Paul Gaston, 37, on Wednesday, only a few hours after the incident with Laugle. Witnesses called police after Gaston crashed his car into a utility pole and stumbled out, seemingly disoriented or “under the influence of something” according to a women who called 911. She also stated that Gaston had been “hitting other things” as he traveled down Harrison Avenue before crashing into the utility pole.

A second 911 caller said that as Gaston  stumbled out of the vehicle he “dropped a gun, and then picked up the gun and took off.”

Gaston walked approximately 650 from his vehicle before officers arrived and confronted him. In two separate videos taken by bystanders at the scene Gaston is down on his knees, with his hands behind his head, and initially begins to follow orders to lie down on the ground. Then he rises back to his knees and, according to the officers on the scene, reaches toward the Airsoft gun tucked in his waistband. It is difficult to see exactly what happened from the angle of the videos.

Three officers directly facing Gaston fired nine rounds, striking him multiple times, according to official sources cited by Cincinnati.com. Two other officers standing to Gaston’s left, including one with an assault rifle, did not fire.

The officers involved have been placed on administrative leave, as is common practice when officers are involved in a shooting. Police Chief Eliot Isaac said the officers “responded appropriately, according to their training.”

What Happened With Christopher Laugle, Paul Gaston, And Their Airsoft Guns?

Even if the police response to Paul Gaston’s actions may seem reasonable, it’s undeniable that the situations involving Gaston and Laugle, though similar in many ways, were handled very differently by the officers involved. In both situations police responded to potentially volatile situations. In one a reportedly armed and disoriented man was leaving the scene of an accident, and in the other there was a domestic disturbance possibly involving an assault. Realistic toy guns were involved in both situations.

However, there are two significant differences. First, Laugle actually pointed his fake gun at officers while approaching them and ignoring orders to drop it. Gaston only supposedly reached for a fake gun, or made a gesture that some of the officers present interpreted as such. Second, Laugle is white and Gaston is black. Considering how often black men, armed and unarmed, are shot by police officers in the United States, it’s difficult to imagine race was not a factor in why these two similar scenarios played out so differently.

“You couldn’t make up a clearer double standard between the realities black men and white men often face when confronted by American police… [I]n the eyes of the law a black man in a car accident who makes a motion toward a gun is apparently far more threatening than the white man being investigated for a felony who points one directly at the police…What caused police in the same city, on the same day, to determine they must use lethal force with the black man but merely take the white man into custody?“

Ohio is an open-carry state, but Paul Gaston is the third African American man killed by police in the past two years for carrying an Airsoft gun. In 2014 police in Ohio also shot and killed John Crawford III near Dayton or Tamir Rice in Cleveland. Both had Airsoft guns in their possession. Neither pointed them at officers. No officers were charged in either shooting.