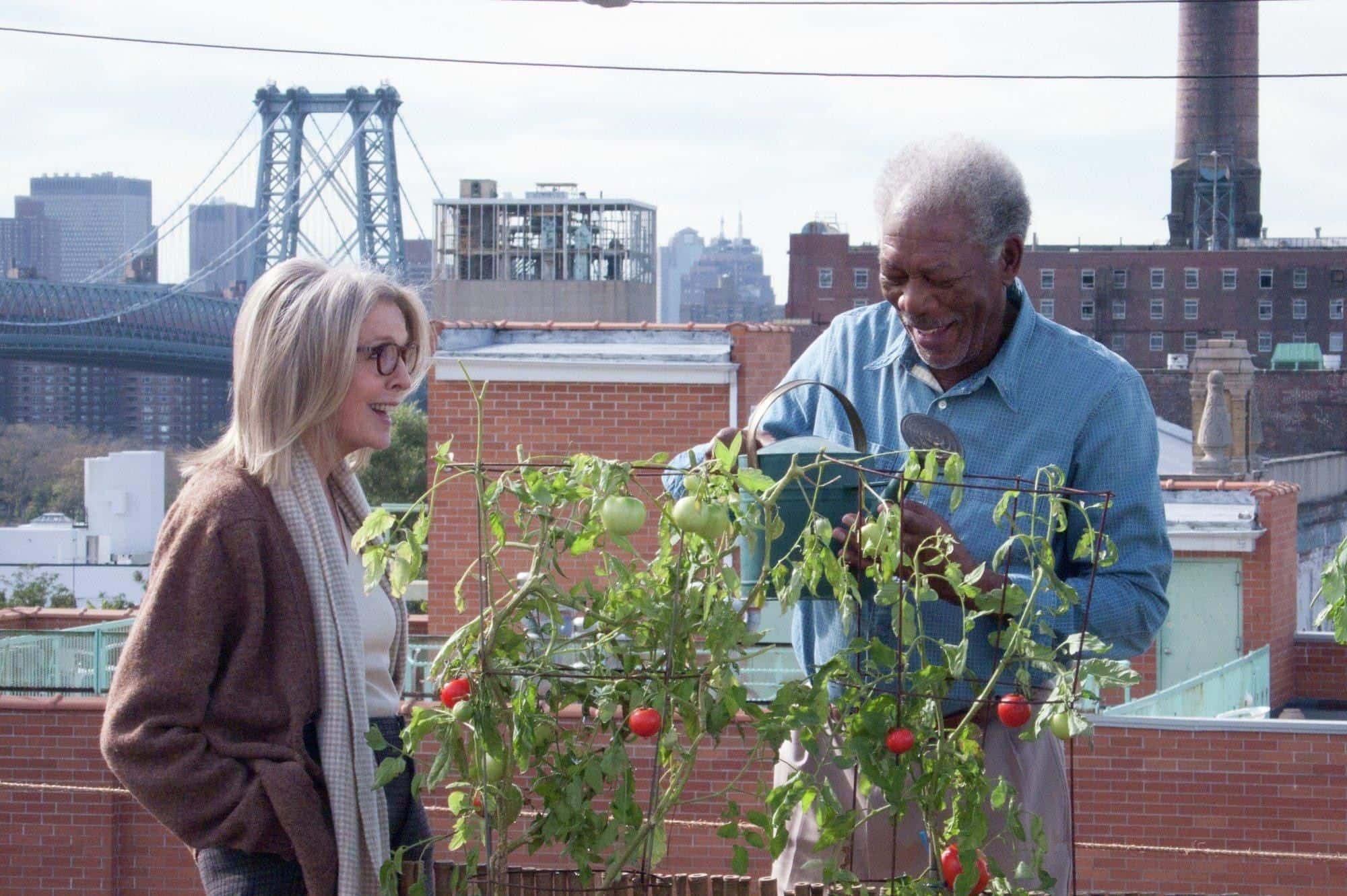 The killing of young black men by white police officers is an epidemic in this country and now legendary actor Morgan Freeman is calling the brutality what it is: terrorism.

During an interview with Newsweek to promote his latest film 5 Flights Up, Morgan Freeman commented on the protests and riots in Baltimore that have been ongoing since the death of Freddie Gray at the hands of police.

Freeman told his interviewer that he “absolutely” supports the protesters and bluntly stated that the riots were the only way to bring real attention to the situation happening on the ground in Baltimore.

“I was watching the news last night, and [a protester] said, ‘You know, when we were out here marching peacefully, nobody was here. And now we start burning the place down, everybody is listening. What do you think we’re gonna do to be heard?’ It’s like, hey, she’s got a point there.”

Whether he knew it or not, in this observation, Freeman channeled civil rights leader Dr. Martin Luther King Jr.

In 1966, King was interviewed by journalism icon Mike Wallace of 60 Minutes fame about racial divisions in America. This is what King had to say:

“I contend that the cry of “black power” is, at bottom, a reaction to the reluctance of white power to make the kind of changes necessary to make justice a reality for the Negro. I think that we’ve got to see that a riot is the language of the unheard.”

“A riot is the language of the unheard” has been quoted often over the last few days to describe exactly why riots are taking place in Baltimore and elsewhere. While peaceful protests aren’t drawing attention to the fight for social justice, riots have gotten the attention of a media that is now driven by ratings and profit more than it is by actual journalism and shining a light on problems that need to be fixed.

But so far, the issue of police brutality has only continued as officers have become the face of terrorism in the African-American community. And I’m not the only one saying it. Morgan Freeman is, too.

“That unrest [in Baltimore] has nothing to do with terrorism at all, except the terrorism we suffer from the police,” Freeman said before referencing an incident that occurred in 1999 between the NYPD and an immigrant from Guinea. Four officers shot the man 41 times all because they thought his wallet was a gun. “That was the beginning of our understanding of how dangerous police are,” Freeman remarked.

Freeman then praised new technologies such as smartphones and other mobile devices that have been used to catch police officers in the act of abusing their power and using deadly force when it isn’t necessary. On the latter point, Freeman dropped the hammer on police officers for shooting black men in the back, a reference to a police shooting that occurred in South Carolina when a white officer killed Walter Scott as he was running away. That incident was caught on camera.

“Because of the technology—everybody has a smartphone—now we can see what the police are doing. We can show the world, Look, this is what happened in that situation. So why are so many people dying in police custody? And why are they all black? And why are all the police killing them white? What is that? The police have always said, ‘I feared for my safety.’ Well, now we know. OK. You feared for your safety while a guy was running away from you, right?”

For too long, police officers have been killing young African-American men, creating an atmosphere of distrust and fear in the community. Add that stress to the other problems the black community deals with every day such as income inequality, high unemployment, mass incarceration, education inequality, and racism, and you get a powder keg that is ready to explode in cities across the country. And the sad part is that all of these issues can be remedied. The American people and the government only need to care enough to do something about it.