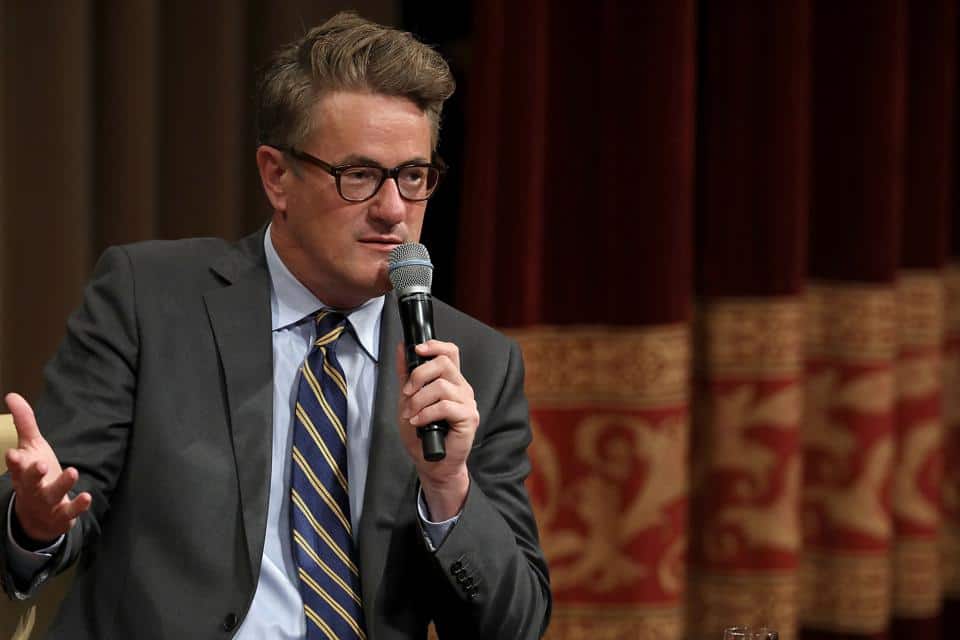 Joe Scarborough To Trump: I Ain’t Buying It

MSNBC’s Joe Scarborough, host of Morning Joe, is one of many pundits who speculate that the person behind the partial release of Trump’s 2005 tax returns may be Donald Trump himself.

It’s a theory that is gaining traction. After all, Donald Trump has a historyof leaking information to the press. And the tax returns that were leaked show both that Trump did pay a decent chunk of change in taxes – lower than most middle class Americans, but significantly  more than, say, Mitt Romney did – and that he is wealthy. Thirdly, the pieces leaked to the press show no damning information. Fourthly, the White House was able to respond to the impending release of the tax return before the tax return was even publicized, indicating that they may have had the statement already prepared.

And, of course, lastly – there is that pervasive idea that Donald Trump often does something (like tweet outrageously, for instance) in order to change the narrative in the media. And between the current GOP-driven healthcare debacle and the “Obama wire tapped me!” scandal, as well as the ongoing Russian concerns, Trump has plenty to distract from.

Joe Scarborough Lays It Out

None of this was lost on Joe Scarborough.

The Trump camp released one positive tax return to distract from Russia hearings and the Trumpcare meltdown. That’s painfully obvious.

Joe Scarborough has had a rather complicated relationship with Trump. The MSNBC host was often accused of coddling Trump throughout the election. However, as Trump has continuously criticized the media and seems to average at least one scandal a week, Joe Scarborough has become increasingly critical of the president.

[email protected] As #potus @realDonaldTrump personal attorney, I know who has his taxes. You better have proof to back up your claim and big mouth!

However, Joe Scarborough was neither intimidated or impressed. He first deflected with an astounding sarcastic “Sorry, Comrade.”

He then let loose, schooling the Trump lawyer on the one amendment that seems to give Trump, and so many of those surrounding him, trouble.

And by the way “attorney”:

1. Read the First Amendment
2. Save your dumb thug routine for someone who gives a damn.

Joe Scarborough then threw the need for “proof” back into the lawyer’s lap.

I don’t need proof for an opinion 1st graders would get. But you do need proof that Obama tapped Trump’s phones. Where is it, Mr. Lawyer?

And then he slammed the entire Trump White House, reminding them that one of the most astounding aspects of the story regarding the leaked tax documents is the fact that they were able to send out a coherent message as quickly as they did.

It takes this White House three weeks to put any coordinated message together. They were ready to strike last night. I agree with you.

Boom. Sounds like Joe Scarborough is officially no longer a Trump apologist.

And it also sounds like Trump’s own lawyer needs to spend less time on social media and more time studying the Constitution. His client could sure use the advice.