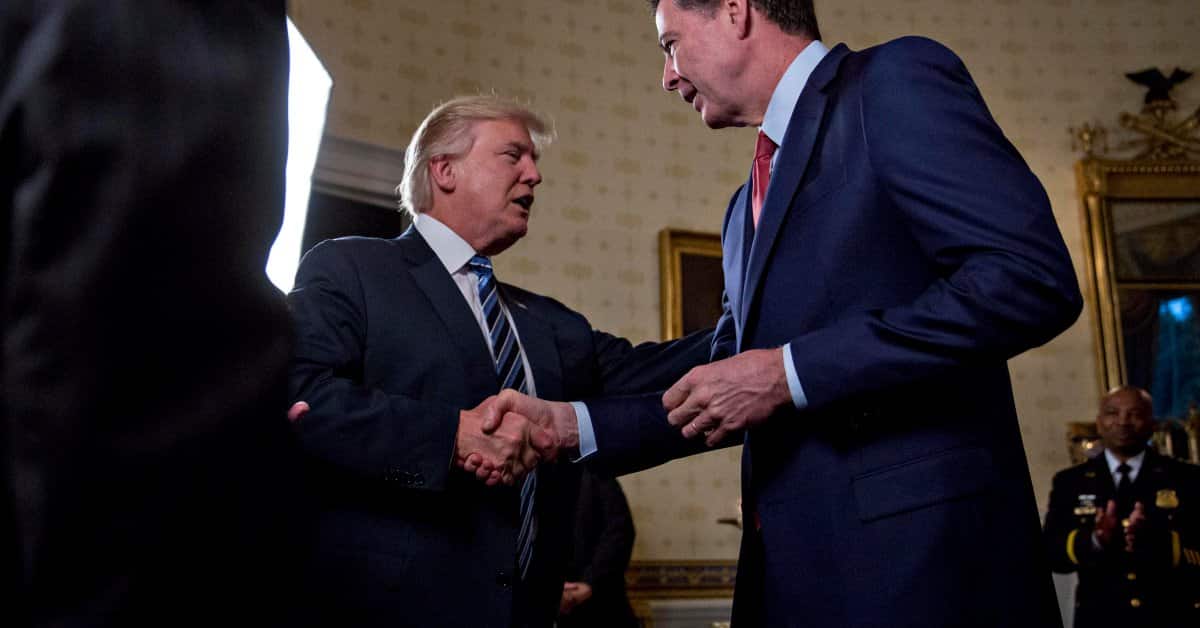 According to a source who spoke to Axios reporter Jonathan Swan, former staffers of the Republican National Committee who would have been acquainted with the Trump Campaign’s internet operations have heard from members of Special Counsel Robert Mueller’s team.

According to Isikoff, Mueller’s prosecutors in the Trump-Russia probe are especially interested in the Republican internet operation which cooperated with the Trump campaign “to target voters in key swing states.” In light of previous revelations that Russia spread propaganda and misinformation using ads on Facebook and Twitter, targeted at voters in Swing States, this should be an especially worrisome development for any traitors lurking in the White House, and the Republican Party. And as revelations and connections mount, the likelihood of Mueller’s bloodhounds sniffing out treason by figures connected to Trump and the Republican Party seems greater every day.

Isikoff’s report confirms that Mueller’s team is indeed digging into that rabbit hole. “They are seeking to determine if the joint effort was related to the activities of Russian trolls and bots aimed at influencing the American electorate,” Isikoff wrote, referencing the joint Trump campaign, Republican party digital operation.

What the Trump Administration and Republican leadership plan to do about this isn’t entirely clear, but there are certain disturbing signs.

The President’s son-in-law and Senior Advisor, who reportedly attempted to set up an untraceable backdoor communications apparatus with the Kremlin, is rumored to be shopping for a crisis public relations firm – a move that could signal he expects to be prosecuted. Consider this in light of the fact that Federal prosecutors recently requested records of a loan to Kushner companies, secured while Kushner was working on his Father in law’s presidential campaign, from Deutsche Bank. Deutsche has previously been subpoena’d by Mueller for records of it’s dealings with President Trump.

This prompted comment from Democratic congressman Ted Lieu of California – whose Twitter bio tellingly notes that he doesn’t “take orders from Vladimir Putin”:

Jared Kushner was an integral part of two organizations. These two organizations engaged in activities so disturbing that two different sets of federal prosecutors are investigating. How is it possible that #Kushner still has a security clearance?

“Just from what’s been made public, it’s pretty clear the Trump campaign and family were willing and eager to work with the Russians.”

As Lieu’s fellow California Democrat in Congress Eric Swalwell put it, “Just from what’s been made public, it’s pretty clear the Trump campaign and family were willing and eager to work with the Russians.” Swalwell, who sits on the Intelligence Committee of the House of Representatives, added, “they showed almost no restraint in engaging with the Russians to see what they had to offer on their opponent. It was a ‘whatever it takes’ mentality.”

As for Republicans, they are ramping up efforts to undermine the Mueller investigation, and cast doubt on it’s motivations, authority, and on it’s key witnesses. Considering that the trail of breadcrumbs the Mueller team is following has led not only to the White House, but to the offices the Republican Headquarters in the RNC, one has to wonder how likely it is that the Republican effort to undercut the Trump-Russia probe is not just a political effort to protect their party’s control of the White House and ability to move their regressive agenda before it all comes crashing down, and is instead an active effort to obstruct justice and aid and abet powerful republicans who may have committed treason. And if that’s the case, any Republicans knowingly joining in that effort are giving aid and comfort to traitors who betrayed this country to it’s greatest foe, which could be treason in and of itself.

All of which raises concerns about whether or not President Trump will ultimately, in desperation, renege on his pledge not to fire the Special Counsel. If he does, “it will be cataclysmic,” former Watergate Prosecutor Richard Ben-Veniste told Isikoff. “It will create a constitutional crisis.”

“It will be cataclysmic,” said Richard Ben-Veniste, a former Watergate prosecutor who lived through the so-called Saturday night massacre when President Richard Nixon fired special prosecutor Archibald Cox. “It will create a constitutional crisis.”