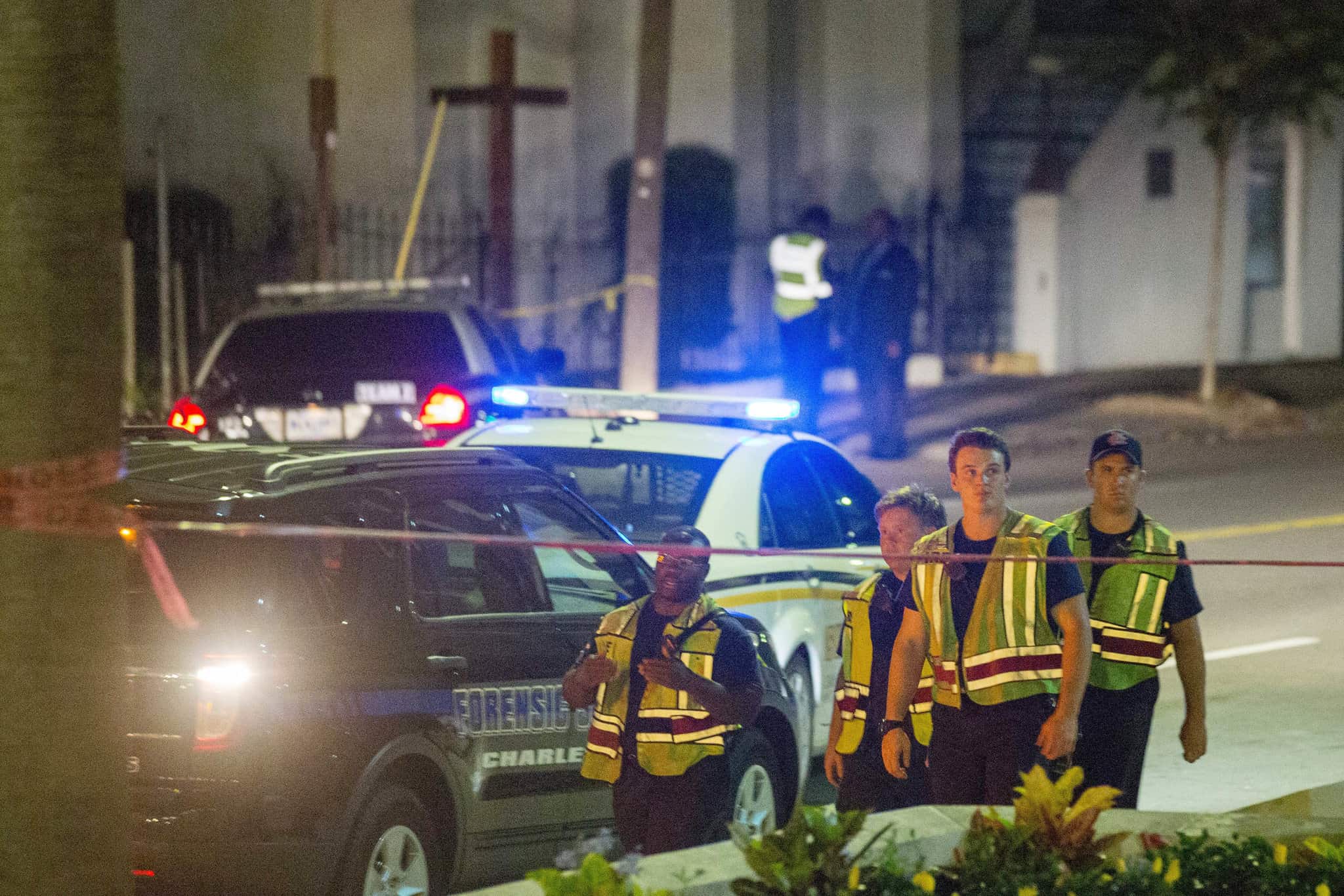 In an unfathomable expression of hate and evil, a gunman walked into a prayer circle at a black church and shot nine people on Wednesday night. Eight victims died at the church and one at a hospital. Others were reportedly shot, but survived.

The church was the two-hundred-year old Emanuel African Methodist Episcopal (AME) Church in Charleston, South Carolina. The police did not immediately reveal whether the pastor, Rev. Clementa Pinckney, was among the victims although he was reportedly inside at the time of the assault. Rev. Pinckney is also a state senator.

The shooting occurred at about 9 PM. Around one AM, Rev. Al Sharpton reported through a tweet that Pinckney was one of the victims.

At this writing, the gunman had not been apprehended and a manhunt was underway. The suspect was described as white, in his twenties, wearing a sweatshirt, jeans, and boots.

How else could such a crime be explained?  Charleston Mayor Joseph P. Riley added:

“The only reason that someone could walk into a church and shoot people praying is out of hate. It is the most dastardly act that one could possibly imagine, and we will bring that person to justice. … This is one hateful person.”

Hateful, cowardly, craven — there are no words strong enough to describe the perpetrator of this massacre. It only accentuates the racial tensions that were raised in April when a white police officer shot a black man, Walter Scott, in the back and was subsequently charged with murder.

Sharpton brought up Rev. Pinckney’s role in the prayer vigil for Walter Scott:

Now tragedy has been compounded on tragedy, with more prayer vigils to come for a stricken community. A local civil rights activist, Reverend James Johnson, stood with other men near the church Wednesday night. He voiced a sad truth:

“We pray for the families, they’ve got a long road ahead of them.”

Charleston has a long road ahead of it. May officials act swiftly to bring justice and to find a path to healing the tattered and torn relationship with a beleaguered black community.