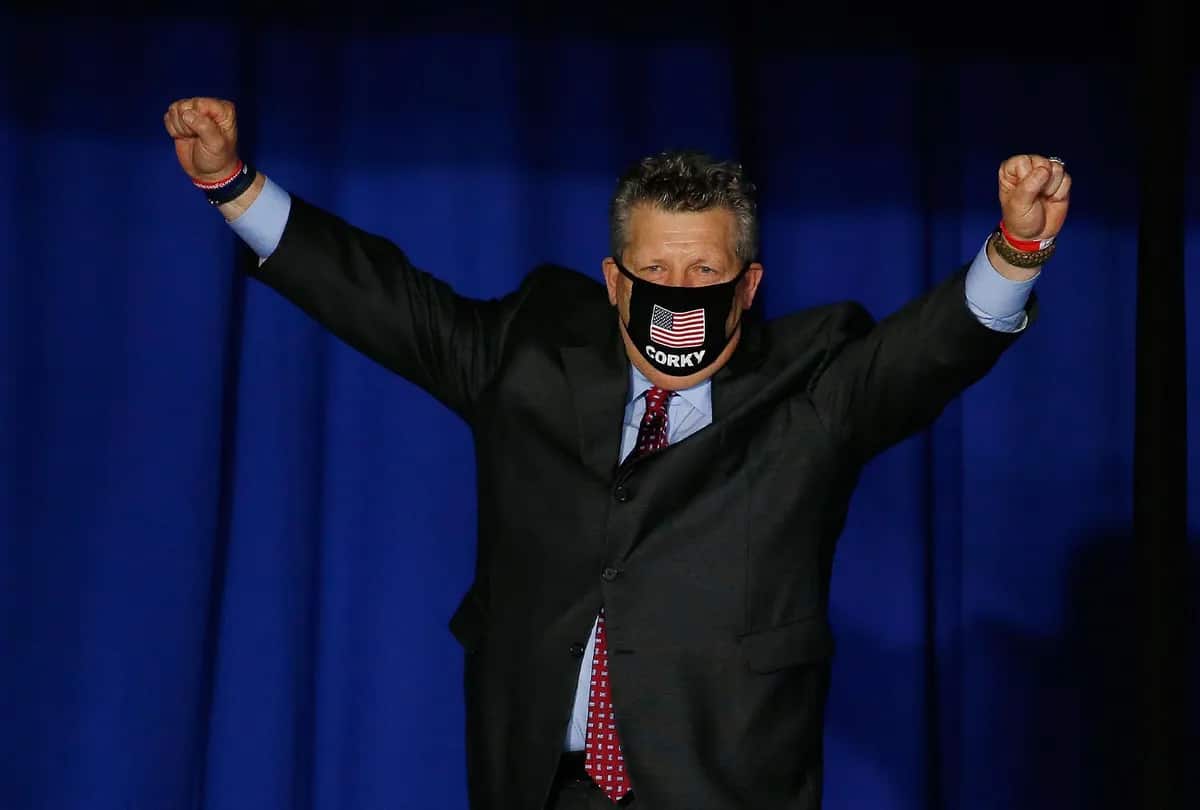 Lonnie Phillips begged when her daughter’s friend called from the scene of the Aurora shooting on July 20, 2012.

Alas, Sandy and Lonnie Phillips’ daughter Jessi Ghawi died on the way to the hospital. The Phillipses have since become ardent activists for sensible gun laws. With support from the Brady Center, the still-grieving parents filed a lawsuit against the four online e-tailers who sold Aurora shooter James Holmes the weaponry for his attack on the movie theater.

In Sept. 2014, the Brady Center announced the lawsuit on behalf of Sandy and Lonnie Phillips, accusing the companies of negligence for selling weaponry to someone as obviously unstable as Holmes.

Websites that supplied Aurora movie theater shooter James Holmes with ammunition, body armor, tear gas and other equipment used in his assault were negligent, according to a lawsuit announced today by the Brady Center to Prevent Gun Violence and Arnold & Porter LLP. The lawsuit was filed on behalf of Sandy and Lonnie Phillips, whose daughter Jessica Ghawi was shot and killed in the Aurora movie theater shooting in 2012. The suit alleges that the websites negligently supplied Holmes with the arsenal he used to kill 12 people and wound at least 58 others.

You’d think the people who let Holmes buy all that stuff without wondering what the heck he planned on using it for would be on the hook for compensating the 70 people who were injured and the families of the 12 people who died. If so, you would be horribly, terribly, dreadfully wrong. After all, this is gun-lovin’ America, gosh darn it.

That’s right. Not only does U.S. federal law protect gun makers and sellers from being held responsible for selling arms to nutcases, terrorists and murderers, but the state of Colorado requires plaintiffs to pay them court costs for having the nerve to sue them!

Lucky Gunner and Sportsman Guide have already filed motions for $220,000 in legal costs. BTP Arms wants another $33,000 but may not get it because Colorado’s law applies only to guns and ammunition, not tear gas grenades as the lawsuit against them alleges:

It read that Holmes bought two tear gas grenades from BTP Arms and four pieces of body armor from bulletproofbodyarmorhq.com.

“There can be no question that Holmes’s deliberate, premeditated criminal acts were the predominant cause of plaintiffs’ daughter’s death. [n]either the Web nor the face-to-face sales of ammunition and other products to Holmes can plausibly constitute a substantial factor causing the deaths and injuries in this theater shooting.”

The other problem, which Sachs does not specifically mention is that our nation’s lax gun laws — along with laws protecting gun makers and sellers — allow no recourse to victims of the weapons industries and the NRA gun lobby.

Here’s a video with WKEF‘s Sept. 18th report from when Sandy and Lonnie Phillips filed the lawsuit against Lucky Gunner and the other online retailers.

Update*** The article has been updated to clarify the type of grenade that was alleged in the lawsuit by the plaintiffs.