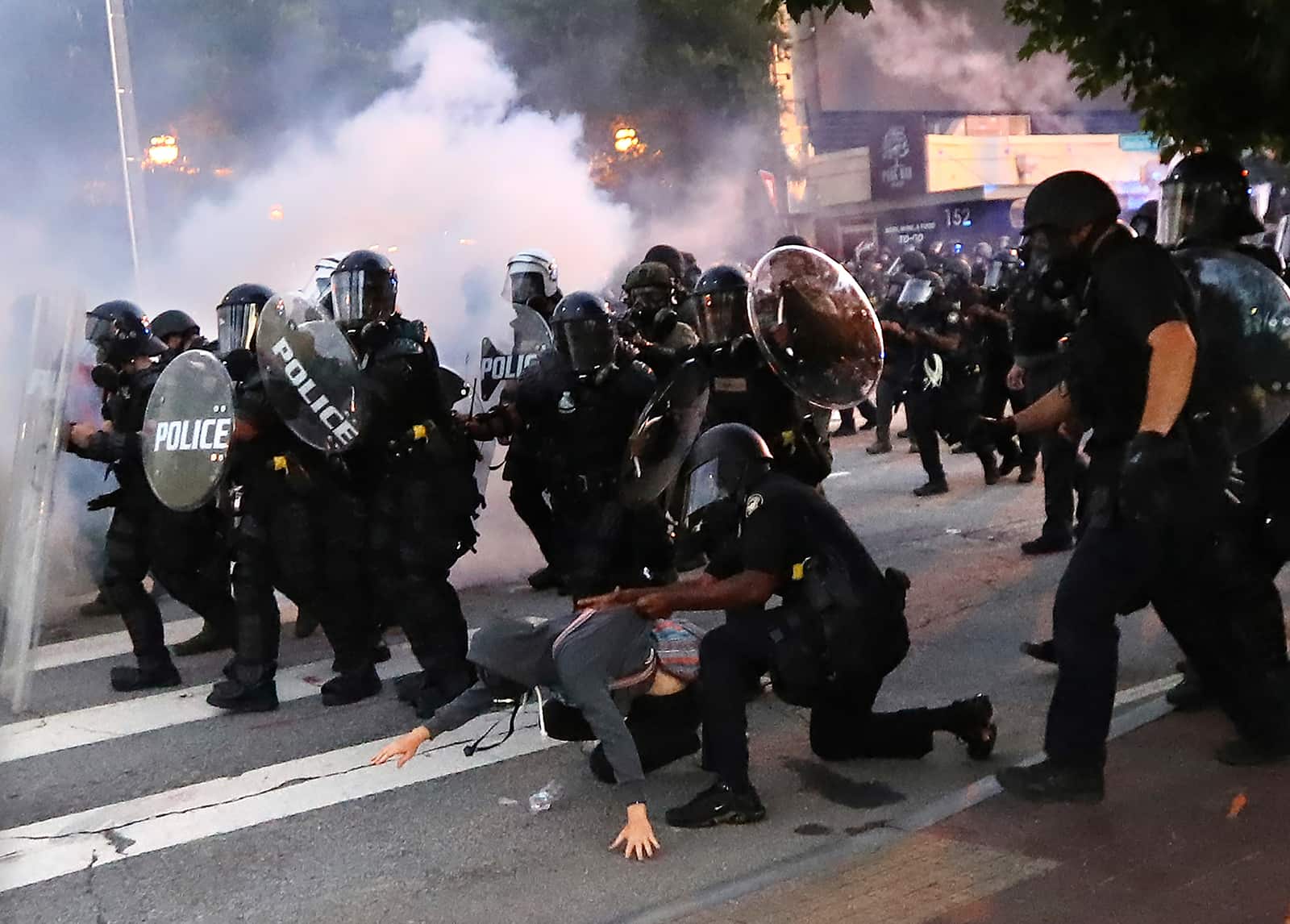 According to a video exclusive just released by The Young Turks, titled, “Proof Oil Police Lying About Using Water Cannons,” North Dakota Gov. Jack Dalrymple crumpled upon impact when asked during a police press conference  Wednesday, Nov. 30, about the use of water cannons blasting water protectors at Standing Rock in sub-freezing temperatures:

All Dalrymple could manage was a little soft-shoe, golly-shucks response that he immediately passed off to law enforcement right away:

“—have a better understanding of what developed that particular night.”

The video quickly cuts from there to overhead drone footage from Nov. 20, overlaid with audio from Col. Michael Gerhart stating the official law enforcement position on “what developed that particular night,” and moves on from there to counter and debunk virtually every claim made by authorities in the press conference, from the protestors allegedly being the ones who started the fires, to the water being used to remove the protectors from “the dangers on the bridge”–which all indications from the livestreams and videos coming out of that day show beyond a doubt to be law enforcement, itself—to who, in fact, should receive credit for putting any fires created out.

Don’t take it second-hand, though. Watch the video yourself. Listen to Morton County’s official account as you watch the footage presented to you and see what you think at the end. And remember—be sure to keep in mind—who, just who came dressed for a riot, and who, exactly, created and presented every bit of “danger” and violence that day… and for what.

When asked if they would use water cannons against the water protectors again, even as winter pushes ever-nearer, ever-forward, Gerhart stated, speaking on behalf of Morton County law enforcement: