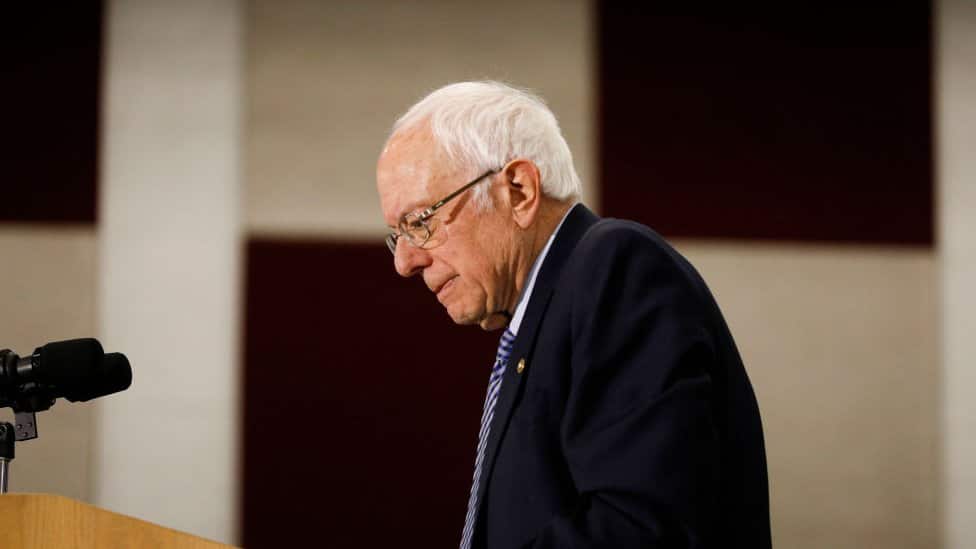 The 2016 presidential election is quickly approaching, and since both parties now have multiple candidates in their respective primaries, the next few months will undoubtedly be exciting. If you’re to believe many articles out there, you would think that a wave of discontent will carry Bernie Sanders to the White House. Unfortunately for Bernie fans, a new Gallup poll reveals this belief to be folly.

There are obviously many voters out there who would prefer Bernie Sanders over Hillary Clinton. One Bernie supporter on this site even provided a list of reasons that Bernie will beat Hillary. For now, we’ll ignore the Democratic primary and simply look at the general election. Sadly, it doesn’t look good for Bernie.

A recently released Gallup poll surveyed the types of candidates that American voters would willingly elect. It was a simple premise, and the question was this:

“If your party nominated a generally well-qualified person for president who happened to be _____, would you vote for that person?”

The survey then asked voters if they’d vote for a woman, a Mormon, an LGBT individual and numerous other demographics. The most telling figure, though, came up when it was asked whether the respondents would vote for a socialist. Look at the results:

Now there will be people who say, “But Reverb Press guy, Bernie is a Democratic Socialist, not a socialist socialist,” and I fully understand that. The real question, though, is whether or not the American voter does.

Americans who hear Bernie Sanders proclaim himself a Democratic Socialist will hear one word: socialist. As seen in the chart above, about 49 percent of Republicans would vote for a self-proclaimed socialist, but this is only if that individual was actually their party’s choice in the primary.

By comparison, more Democrats would willingly choose a socialist, but not by much. In fact, only 59 percent of Democratic voters would opt for an individual with socialistic policies. Even if we close our eyes and pretend for a best-case scenario, Bernie doesn’t stand a chance. Take these statistics, for instance:

So, looking at this mathematically, it’s nearly a statistical impossibility for Bernie to win. It would literally take a 94 percent turnout of socialist-supporting Democrats in America to the polls for him to even top Mitt Romney’s votes. With only a 63 percent turnout rate in 2008, arguably the most important election in our lifetime thus far, the chances of this are nil.

And I know… I know. People will sit back and say, “Everyone thought Hillary would beat Obama too!” And while I do acknowledge that, Bernie isn’t Obama. President Obama getting elected was far from a miracle. Bernie getting elected isn’t. This isn’t a fairy tale. I’m not presenting you with “5 Reasons Bernie Can Beat Hillary.”

I’m presenting you with factual numbers, and it’s time for us to leave Neverland.

In addition to the numbers showing that Bernie Sanders can’t win, we should also consider the articles we’ve been seeing stating that “Bernie is overtaking Hillary” or “Hillary should be worried about the polls.” Because in reality, neither of these things is true.

It only takes one look at the nationwide polling for the Democratic Party. The best Bernie has done in the polls was a June 6-10 poll from Reuters. In it, Bernie secured 22 percent. Joe Biden, who I don’t even think is running, got 19 percent. Hillary got 53 percent.

Since that poll, Bernie has dropped to 9 percent with Public Policy Polling, and the latest NBC News poll has him only snagging 15 percent… against Hillary’s 75 percent. The articles that you keep reading about Bernie surging and riding a progressive wave to defeat Hillary are all just wishful thinking.

These people are saying that progressives simply don’t like Hillary, but in reality, the overwhelming majority would still choose her over Bernie. And thank God for that, because 2016 isn’t about the president, it’s about the Supreme Court.

The average retirement age of a Supreme Court Justice is 78.7. As the Daily Kos pointed out, three Justices are already there, and another will pass the mark just after the 2016 election. Two other Justices will be very close to that age come 2024 — two terms after 2016.

As you can see from these general election polls, Hillary crushes every single potential Republican contender. By comparison, Bernie Sanders actually loses to — get this — Scott Walker. That’s right… Scott “Kind of a Dumbass” Walker (I didn’t coin that name). If that happens, exactly which side of the political spectrum do you think will end up in the Supreme Court?

Don’t take this the wrong way; I don’t really have any problem with Bernie. The fact is, though, this “wave of discontent against Hillary” doesn’t actually exist. Those who are ready to vote for her already know that. Our choices have real-world consequences, and if we lose the 2016 election, those consequences will be judicial rulings against LGBT rights, abortion rights, logical climate change legislation, getting money out of politics and everything else you can possibly imagine.

Regardless of the opinion pieces you read — fairy tales don’t exist in real life.