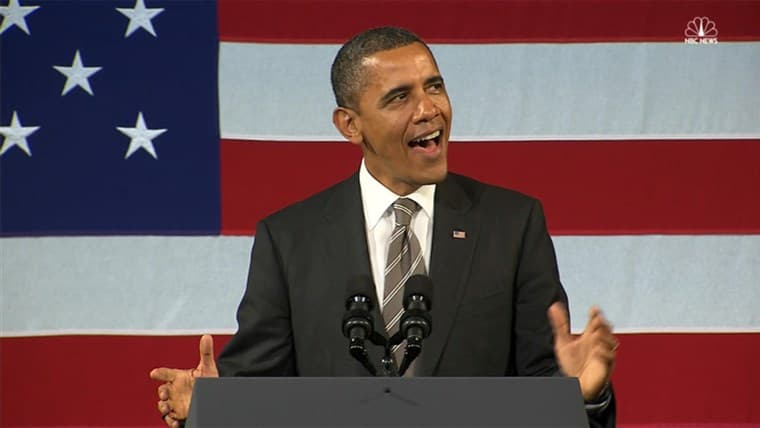 President Obama needs to face some harsh facts – in January, he will be officially unemployed, and it only makes sense that he starts to prepare for that reality now.

Luckily for him, Stephen Colbert was available to help him brush up on his interview skills and polish his resume. Assuming the role of an office manager named Randy, Colbert gave President Obama some hilarious advice on how to prepare for the job market.

“Fifty five—tough time to start over for a man,” said Colbert in reference to Obama’s age. He then asked why Obama hadn’t been promoted in eight years.

As to why President Obama is leaving his current position?

“I’m leaving because it’s required by the 22nd amendment of the United States Constitution,” Obama replied.

“OK, little tip: When you say staying at your job would be unconstitutional, what employers hear is that you stole office supplies,” Colbert told Obama helpfully. He then asked where Obama was born and if the resume he had was the “the longest form of this resume available.”

No Interview Would Be Complete Without A Trump Slam

Colbert managed to deliver quite the burn to Trump during the mock interview with Obama, by offering the President a choice of two snacks and posing the following question:

“I have two choices for you here. Would you care for an extra fiber nutrient bar, which has traveled to more than 100 countries, or this shriveled tangerine covered in golden retriever hair, filled with bile that I wouldn’t leave alone with the woman I love?”