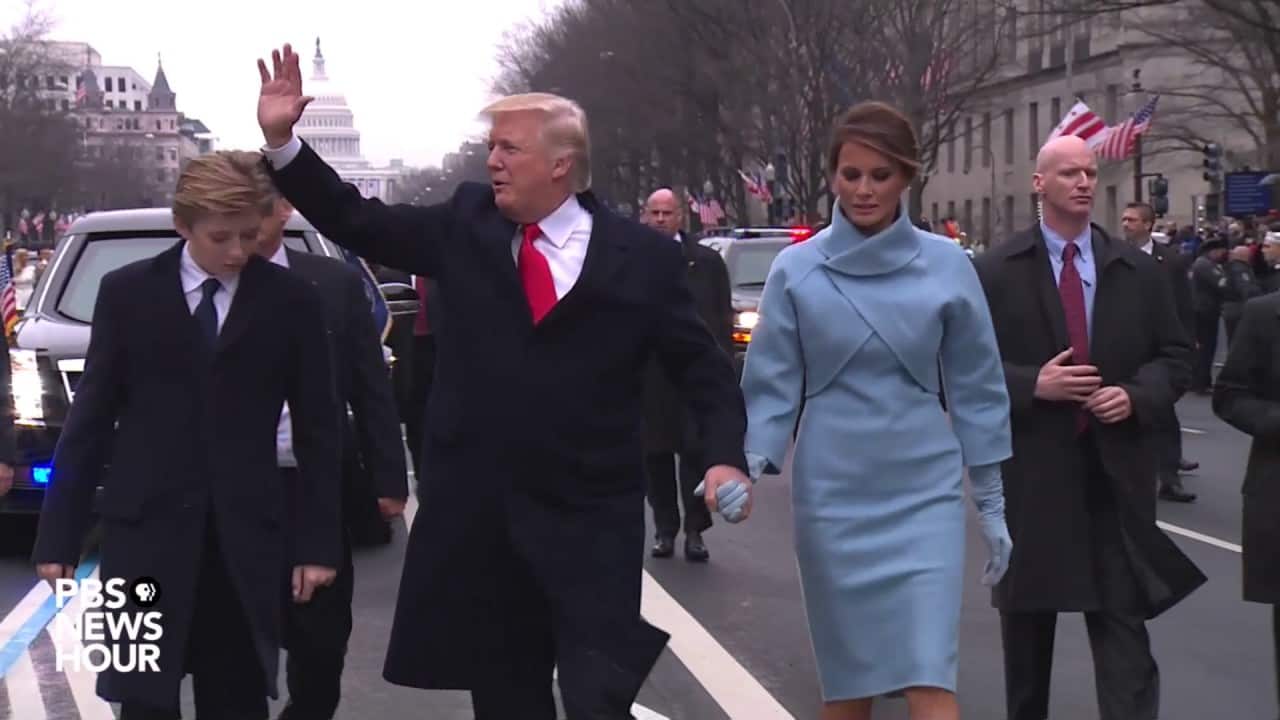 Hundreds of people descended on the Republican Convention in Burlingame, California on Friday to protest the anti-immigration rhetoric of GOP front-runner Donald Trump.

Protesters blocked the road in front of the Hyatt Regency hotel, forcing Trump’s motorcade to pull over along a highway median outside of the back entrance. Trump and his entourage had to climb an embankment to get inside.

“That was not the easiest entrance I’ve ever made,” Trump said after taking the stage, “It felt like I was crossing the border.”

At one point, about two dozen protesters tried to rush barriers near the hotel. Police officers then rushed to the building’s doors, successfully blocking the protesters from getting in. Several physical altercations, including shoving, could be seen between protesters and police officers, who were using batons to push them back. After Trump arrived, protesters took down a barrier and flooded the entrance outside the hotel, where police again blocked them

Tweets from the scene show protesters blocking the road and eventually tearing down the police barricade.

“I came out here to support my people and my father,” protester Adrian Olivares told CNN. He went on to say his goal in protesting Trump was to display the Mexican flag “as loud as I can.” Olivares told CNN his father immigrated to the United States legally in the 80s. After becoming a citizen, he started a home cleaning business in California. “He’s very successful,” Olivares said. “And for Trump to come out and say we’re just a bunch of rapists, f— him.”