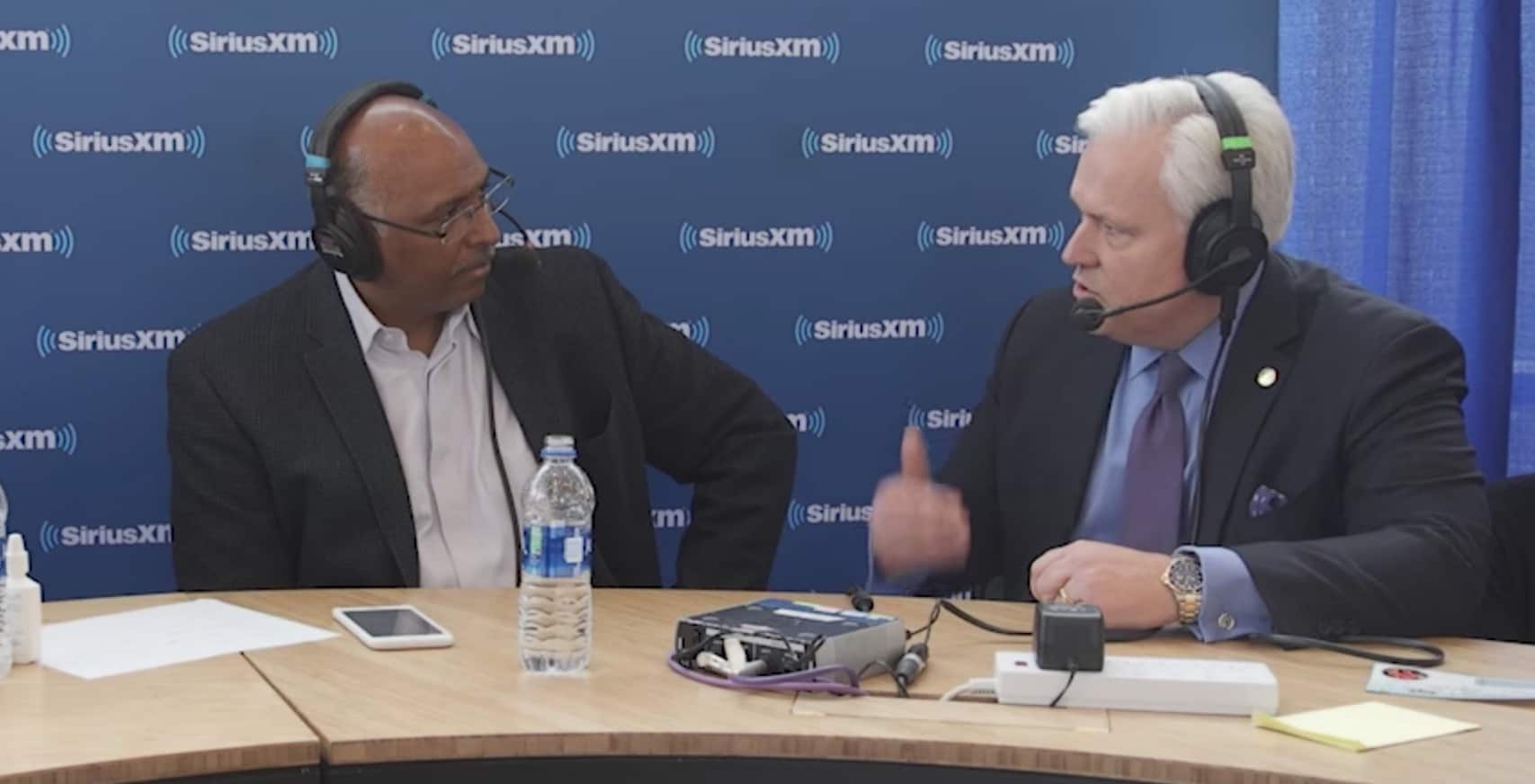 Unencumbered by facts, Fox’s lamest waxed ecstatic to Trump’s alleged commitment to the working class. This despite the fact that 1,100 jobs are still moving offshore. Not to mention the awkward fact that President Obama, subject to fierce criticism from the network, rescued the flailing auto industry with an $80 billion bailout in 2009, Media Matters for America reports.

“He strong-armed them,” Varney exulted. “What’s wrong with that?”

However, reports beg to differ, saying the lure of additional tax incentives likely convinced the company to keep some of the jobs in Indiana, not Trump’s so-called “strong-arm.”

And Sean Hannity was just beside himself with joy on his radio show, announcing that he “can’t think of a time in my lifetime where a president-elect or a president ever” did this. He was ecstatic over Trump’s reaching out to corporate America, but he didn’t feel that way when President Obama reached out to Detroit’s auto industry in 2009 with the aforementioned bailout. Instead, Hannity resorted to pelting Obama with rank insults while conservative pundits accused Obama of trying to destroy democracy and capitalism.

Whenever Obama attempted to rescue American manufacturing jobs, which the bailout did over time, Fox News and pretty much all of the right-wing denounced him continually. An independent study estimated that the aggressive bailout saved 1.5 million jobs.

“This peacetime intervention in the private sector by the U.S. government will be viewed as one of the most successful interventions in U.S. economic history.”

Media Matters notes people may have forgotten, especially since the bailout was successful, that Obama’s push to help Detroit’s ailing auto industry, served as a launching point for attacks by the GOP. Claims that the bailout highlighted the dangers of Obama’s alleged socialist/gangster leanings were bandied about in the right-wing media. All of whom seemed to forget that President George W. Bush unveiled the first phase of the bailout in the final weeks before he left office. Which he did to “avoid a collapse of the U.S. auto industry.”

And leave it to the Tea Party to completely blow all of this out of proportion and make it a cornerstone of its political agenda, followed by even more attacks on Obama by Fox News.

Let’s not forget that Varney celebrated Trump for his “strong-armed” tactics regarding Carrier. But in 2009, Varney was in a snit over Obama allegedly trying to strong-arm the public into buying American cars.

“[N]ow you’re in the position where the government somehow has to coerce or force us all into buying the small cars that it insists Detroit puts out,” he said.

Varney is also known for complaining that Obama is a bully to business.

And Glenn Beck, who now says Obama “made him a better man,” said at the time, that the bailout reminded him of the “early days of Adolf Hitler.” Fox’s Michelle Malkin called the auto deal a “crap sandwich” and a “lemon” that the U.S. taxpayers would be stuck with “for life.”

Then there’s Sean Hannity, who added extra nonsense as well, whining that Obama engaged in a “mission to hijack capitalism.”

“Why would conservatives be so upset about saving American manufacturing jobs? Seems bizarre, right?”

But furious they were, indulging in a special kind of hatred for this new Democratic president. Conservative pundits outdid themselves hating on the government’s attempts to save GM and Chrysler from bankruptcies. They were even cruel to the companies’ union workers, and whined that they were wildly overpaid. Media Matters reports that some pundits went as far as tolie about how much Detroit’s autoworkers were paid.

This bailout, championed by Obama, saved more than one million jobs, but Fox News still complained bitterly about it, asserting that these companies should go through a traditional bankruptcy.

Nobel laureate Paul Krugman pointed out at the time, that this would be a particularly bad idea:

“If the economy as a whole were reasonably good shape and the credit markets were functioning, Chapter 11 would be the way to go. Under current circumstances, however, a default by GM would probably mean loss of ability to pay suppliers, which would mean liquidation—and that, in turn, would mean wiping out probably well over a million jobs at the worst possible moment.”

Politicus notes this is really nothing more than a scam on Trump’s part. He and Mike Pence did this by offering the companies a huge bribe:

And Trump Used The Occasion To Brag:

Big day on Thursday for Indiana and the great workers of that wonderful state.We will keep our companies and jobs in the U.S. Thanks Carrier

Those ‘Great Workers’ Can Look Forward To This:

Trump will almost certainly continue to hype himself as if he’s done something miraculous, when we all know that won’t happen. We can look forward to this for the next four years. In the meantime, after bragging about those 1,000 Carrier jobs, he’s behind closed doors preparing to raise the workers’ taxes so he can give his rich friends a massive tax cut.

In the video below, you can find out what “incentives” are being offered to the companies in order to keep them in Indiana.