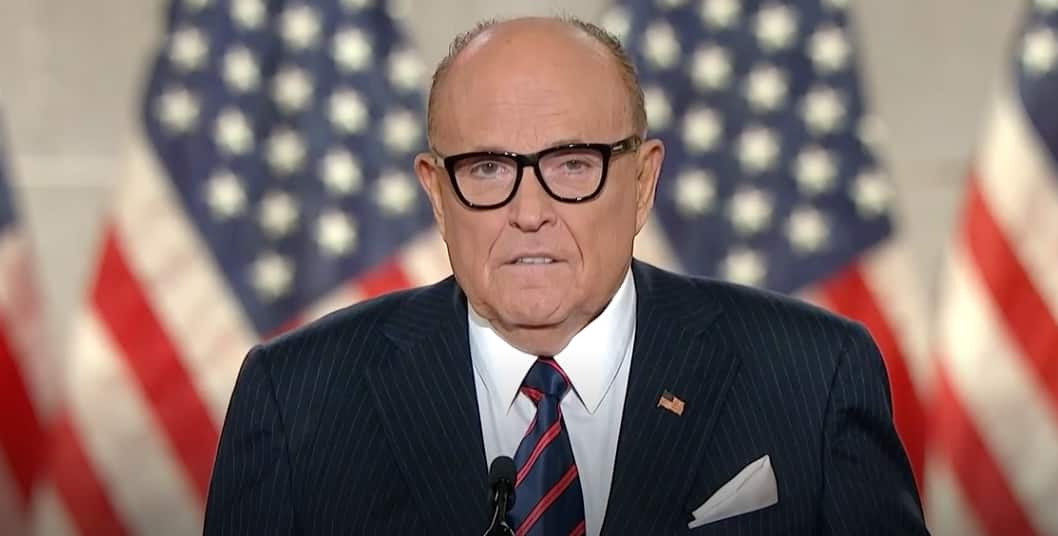 Rudy Giuliani became famous in the aftermath of 9/11 when, as mayor of New York City at the time, he hammed it up for every television camera he could find and made some rather dubious statements about his presence at Ground Zero while first responders were digging through debris looking for survivors. He then became a GOP nominee for president in 2008 but didn’t get very far, dropping out early in the primaries.

These days, Giuliani  mostly blathers on various right-wing talk shows, which of course includes making frequent appearances on Fox News. Or he gives public speeches, such as the one this week at a private Manhattan dinner where he accused President Obama of not loving America. Here is what he said:

It’s pretty obvious what Giuliani is doing. In light of President Obama’s nuanced remarks about ISIS, refusing to call them “Islamic radicals,” and his comparison of the Christian Crusades to Islamic extremism, Republicans are once again attempting to paint him as a Muslim sympathizer. This plays right into the hands of those conservatives who continue to wrongly believe that President Obama is a Muslim. In short, Giuliani’s outrageous statement is red meat for the Obama Derangement Syndrome-inflicted, Fox News-watching, Rush Limbaugh-listening crowd.

Giuliani’s baseless criticism of President Obama was only the start of his ridiculousness. In an interview with Politico after the dinner, he said this:

“You’ve got to be able to criticize Islam for the parts of Islam that are wrong. You criticize Christianity for the part of Christianity that is wrong. I’m not sure how wrong the Crusades are. The Crusades were kind of an equal battle between two groups of barbarians. The Muslims and the crusading barbarians. What the hell? What’s wrong with this man that he can’t stand up and say there’s a part of Islam that’s sick?”

President Obama has indeed addressed the threat of Islamic terrorism. Several times. And he just did the day before Giuliani made his remarks.

What part of this statement from President Obama does he not understand?

Guiliani then doubled down on his remarks several times. On Fox and Friends, Giuliani tried to clarify his belief that President Obama does not love America. He believes that the president is “patriotic,”, but then here is what else he said:

“I very rarely hear him say the things that I used to hear Ronald Reagan say and Bill Clinton say about how much he loves America.”

Perhaps he missed this speech from President Obama back in 2008. We’re sure conservatives will claim that 6 years later, President Obama has “proven” that his passionate expression of his love for America in the below speech was a lie…

When even Fox News host Megyn Kelly is calling out Giuliani on his remarks, you can bet his remarks were broadly not well received:

Giuliani insisted to Kelly that he was not questioning Obama’s patriotism, but that he wanted to hear more from President Obama about how “exceptional” America is.

“A lot of liberals don’t believe in American Exceptionalism, but that doesn’t mean they don’t love America.”

Kelly then brilliantly flipped the switch on Giuliani, replaying an interview from 2007 of Giuliani condemning liberal organization MoveOn.org for taking out ads portraying General Petraeus as “General Betray Us.” Giuliani had said, “what kind of civility is that?”

Kelly then asked Giuliani the same question, but nonetheless, he stood firm on his opinion and called on President Obama to make a speech calling Muslims “barbarians” along with Christians.

“Until he does that, I will have doubts about his emotions, his feelings, his attitudes and the way in which he developed.”

Keep digging, Rudy. That hole may swallow you up yet.