Major mobile carriers are slowing down video streams, a net neutrality violation that heralds things to come if they get their way and roll back legal protections against data discrimination.

Recent reports on Reddit from Verizon Wireless customers have drawn attention to video streams being throttled, which Verizon claimed were caused by a temporary test of a new video “optimization” system. If that sounds familiar, it’s because it’s not the first time a carrier has throttled certain content sources while claiming to optimize them.

The Electronic Freedom Foundation has previously reported on how T-Mobile tried to pass off throttling as optimization with their Binge On “feature.” T-Mobile’s Binge On has evolved since the EFF last wrote about it, but hasn’t abandoned throttling: it now throttles video for customers on their unlimited plan, and charges them extra to not be throttled, which is also against the principles of net neutrality.

Similarly, AT&T makes use of a “just-in-time” delivery technique (aka “Buffer Tuning”) for video streams. The carrier explains that with just-in-time, “a sufficient amount of video is delivered to the device so that the user can start viewing the video, and the remainder of the video is delivered just in time to the device as needed for uninterrupted viewing.” But using just-in-time means the video will stop playing more quickly if you lose reception, rather than larger portions being buffered in advance as they would on a neutral network that wasn’t observing and throttling your traffic. Although AT&T claims that just-in-time delivery helps customers by stopping them from paying for data they don’t actually use, it doesn’t give customers the choice to disable this “feature.” Sprint also makes use of the neutrality-violatingjust-in-time technique.

Right now, these throttling technologies seem to be used to slow down video data generally, rather than to favor the ISP’s content over competitors, but it is a trivial matter to flip that switch and make the net neutrality violation more serious, and more harmful to competition and speech.

Net neutrality allows carriers to engage in “reasonable network management,” but throttling a class of traffic does not satisfy this standard. A more reasonable technique (that Sprint also employs) is transcoding, a technique where the quality of the stream is modified in real time to match the network’s condition. For example, if the network slows down, the video quality decreases so as to still be able to deliver video at the same rate, and vice versa.

The EFF reached out to Verizon asking for more details about the “optimization” tests it’s running. Since optimization is a technical term which implies attempting to tune a system to maximize or minimize specific measurable criteria, leaving the EFF wondering what those criteria are and if Verizon will share them with the subjects of its tests. Also, given that mobile carriershave historically had trouble differentiating between streaming video traffic and other uses of their networks, the EFF wants to know what technical means Verizon is using to identify video, and what steps it’s taken to make sure other uses aren’t affected.

Rolling back net neutrality rules could open the door to many unfair practices like site blocking and throttling. While we can’t predict exactly what changes carriers will make, it’s alarming to see them already rolling out throttling infrastructure. Without net neutrality protections, little will stop them from using that same infrastructure to discriminate against competitors, speech they dislike, or your favorite app. 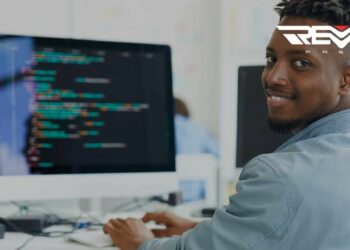