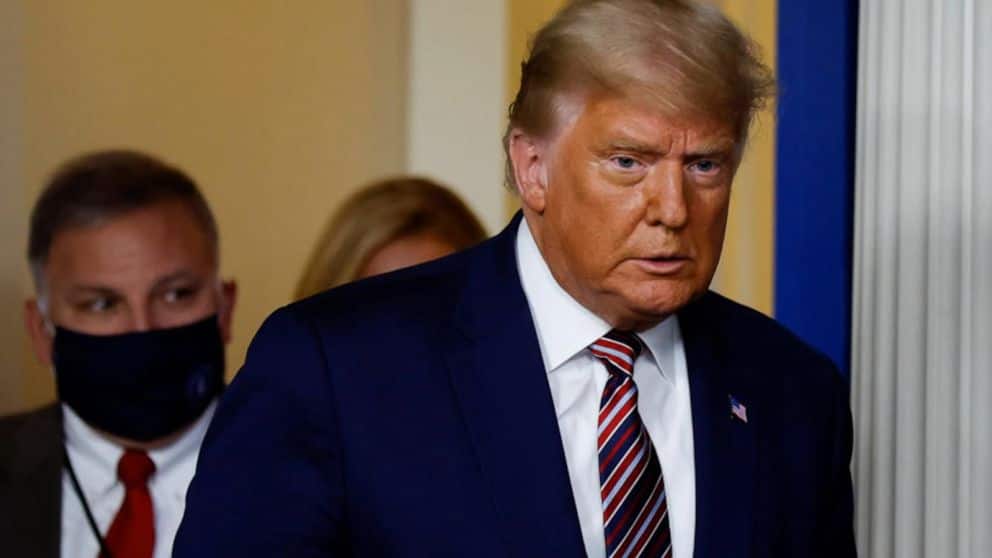 While the real-life Republican primary continues to soar to ever more absurd heights, it seems that Donald Trump supporters aren’t limiting themselves, or their offensive rhetoric, to our reality.

Trump supporters have taken to the virtual reality world of Second Life to champion Trump’s xenophobic and racist views. Second Life is a virtual reality game that allows users to create avatars to explore the world and socialize with each other and even buy property.

Second Life even has its own (unofficial) Bernie Sanders headquarters where Sanders supporters can meet up in an ancient Roman-themed space. As website Motherboard reports, Sanders’ HQ has encountered harassment from some pro-Trump users.

Bernie Sanders’ virtual HQ in Second Life has been besieged by Trump-supporting swastikas.

A user erected ‘Trump wall’ next to the Sanders camp, and there have been reports of various types of pro-Trump griefing (or irritating or harassing behaviors) within the game. Normal rules don’t apply in Second Life, which means that bizarre sights are commonplace in the virtual world, including everything from zombie rain to conceptual art bunny-businessmen.

In fact, Second Life‘s furry fox reporter Bixyl Shuftan, editor of The Second Life Newser broke the pro-Trump griefing story. It’s no surprise that ‘griefers’ often use this limitless world to irritate other players in creative ways, but these Trump supporters aren’t so much creative as they are outright malicious. One user reported that a button labelled ‘Click the wall for a teleport to Trump Second Life Headquarters’ attempted to download a virus when clicked. The same user also described going ‘undercover’ to the Trump camp only to find hateful and offensive language:

I visited the Trump headquarters (without my Bernie shirt) and was shocked by the profanity. It seems every sentence had a four-letter word.  Someone said the “n” word.

White told the website that while some of the griefing was juvenile, such images were worrying:

“[O]ne has to laugh at the childishness displayed by some of his supporters. In my opinion, they mimic their candidate. I must add though, what is not a laughing matter are the racial slurs and bigotry witnessed by one group member who visited Trump HQ when there were actually people there.”

Trump’s Rhetoric Just As Awful In Any Reality

Unfortunately, the anti-Semitism of some Trump supporters has not been limited to virtual reality. Reporter Julia Ioffe received anti-Semitic messages following a profile of the candidate’s wife Melania Trump. Ioffe shared some of the hateful messages on her Twitter account.

Now I’m getting phone calls from a blocked number that play Hitler’s speeches when I pick up. Sad!

Trump’s recent rally in Costa Mesa, California also made headlines, for all the wrong reasons after around twenty protesters were arrested outside the event. Chaos around Trump rallies has become a trend as tensions run high between pro- and anti-Trump demonstrators. One protester, Arianna Perez, defended the actions of some of the anti-Trump demonstrators as necessary,

“We could be peaceful and do things different,” she said, “but if we did, we wouldn’t get our voice heard.”

Inside the amphitheatre Trump was met with cheers as he whipped up the crowd by equating undocumented immigrants with criminals. He also invited “friends” who, as Trump put it, “lost loved ones to illegal immigration” using them as props for his xenophobic rhetoric. Outside protesters turned up to oppose this view as  Rojelio Banuelos, a 26-year-old student,explained to CNN

“I’m against Trump’s nativist and nationalistic agenda, which divides people and is very hateful of the other.”