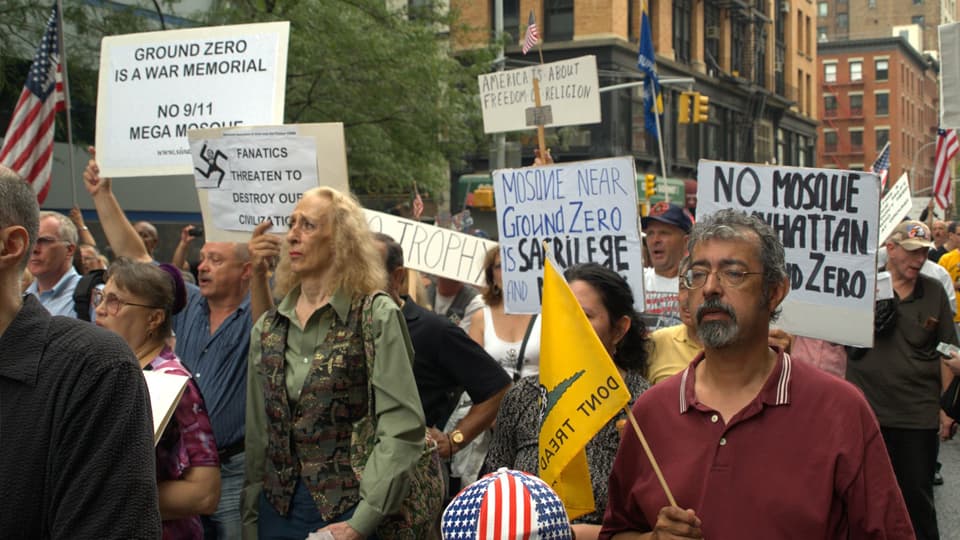 The natives are restless in the Pleasantville-like uppity Dallas suburb of Frisco, and when you find out why, you’ll be asking yourselves if these people need more to do with their lives.

It seems that a new high school is being constructed in the booming suburb, and there’s a massive problem: The high school is to be named “Lebanon High School”.

Or maybe your reaction is similar to this…

So what in God’s name is so awful about this? It seems that “Lebanon” is… wait for it… the name of a country in the Middle East.

And so, using approximately the same level of intelligence it takes to interpret the colors on a stop light, the complaining Islamophobes have obviously adopted the following thought flow path to arrive at their present state of agitation:

And therefore, a fervent group of parents in the area is fighting to have the name changed to something else and are calling for a vote on what to name the school.

Of course, someone might let these people know that instead of the latest nefarious plot by our closet Muslim president to turn the U.S. into an Islamic nation, the name “Lebanon” is of historical significance to the area. It was the name given to the original settlement in the area that eventually became the town of Frisco. There is even a main thoroughfare named “Lebanon Road”, and we’re guessing that when the perturbed citizens of Frisco need something else to be perturbed about, the name of that road will be changed as well.

The irony is that the nation of Lebanon is split nearly evenly between Muslims and Christians, and is one of the most religiously diverse nations in the world.

But nonetheless, a group of parents who claim they were told that the school would be called “Freedom High School” feel that the name “Lebanon High School” is outdated and “less patriotic.”

So lets help these people out, shall we?

Here’s a few suggestions from some very intelligent commenters on what the school should be named, plus a few of our own:

“George W. Bush School for Is Our Children Learning?”

Feel free to add your own name suggestion in the comments.