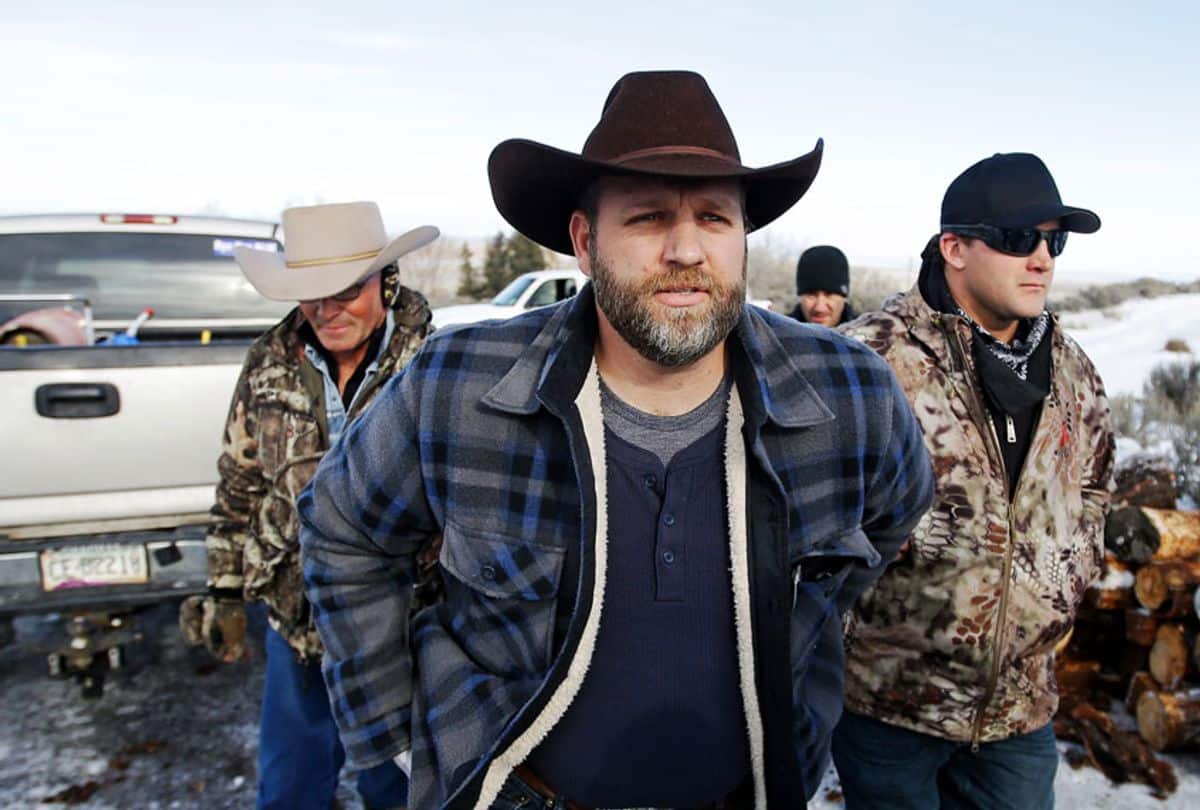 We’ve all been having a lot of fun with the idiots in Oregon who are occupying a bird sanctuary because big gummint… or something. From their desperate plea for “snacks and energy drinks” to the eye-watering hypocrisy of militia “leader” Ammon Bundy’s railing against the government whilst taking federal handouts, these brave Oregonians are an eminently mockable bunch. But there is a far more serious side to the story – there seems to be a bit of a double-standard at work here, both in the media coverage and in the reaction of law enforcement officials. The occupiers in Oregon are referred to as “armed protesters,” and presented as bumbling incompetents. Contrast that with the media’s treatment of Black Lives Matter protesters, which has disproportionately involved stories of violence and looting. Hell, when one CNN analyst was called out on the kid-glove treatment being given to the Oregon militia, he defended himself by saying that at least “they’re not looting anything.”

Admittedly though, it is difficult to compare Black Lives Matter activists and these sad little men in Oregon. They are, after all, entirely different situations. If only there were a similar case, where a building was occupied by activists of color, we might be able to offer a more useful comparison. As it turns out, we have just such a case. 30 years ago, in Philadelphia, a black liberation group by the name of MOVE found themselves confronted by the police.

According to sociologists Paul Wahrhaftig and Hizkias Assefa:

“MOVE began in the early 1970s as a non-violent, predominantly black, counterculture activist group. It originally called itself “the Movement,” later shortened to MOVE. Its founder, John Africa, was the philosophical leader. He advocated an anti-technology approach, respect for animal life and communal living. Its members took on the surname “Africa” to express their sense of communal family. MOVE is often labeled as an urban, backto-nature, primitivist group. In the mid-1970s, MOVE established a headquarters in Powelton Village, an integrated, new left, section of Philadelphia. There they disrupted community meetings with lengthy harangues based on the teachings of John Africa. Their primitivism included recycling garbage by throwing it in their yard; respect for animal life included rats and stray dogs,. They constantly used profanities and aggressive, confrontational language. These traits sparked a major lifestyle conflict with the neighborhood. Police abuse became MOVE’S major political issue.”

In 1978, MOVE’s conflict with the police came to a head in a confrontation that left one officer dead and several more wounded. Nine members of MOVE would be sentenced to life in prison, a verdict that was more than a little controversial.

“MOVE rails against the fact that the courts held nine people responsible for the single 1978 killing, when prosecutors later concluded that no official could be held accountable for the 1985 debacle that killed 11. Ever since the verdict, MOVE has been complaining that prosecutors were never able to prove which of the nine fired that fatal shot in 1978. It also says the city’s razing and bulldozing of the MOVE compound hours after the confrontation amounted to destruction of evidence – a coverup. And it says the prosecution allegation that MOVE members fired upward at Ramp from the basement cannot be reconciled with the path of the fatal bullet, which traveled horizontally into Ramp’s body.”

But that wasn’t the end of the story. Seven years later, MOVE once again found itself confronting the police. An armed standoff ensued, and the police  bombed MOVE’s compound, killing 11, five of them children, and setting off a firestorm that would engulf an entire block. Firefighters were on the scene, and did nothing:

“[T]he roof had caught fire, and smoke began billowing over the tops of the row houses. The fire seemed to be getting bigger, but the firefighters were ordered by [Gregore] Sambor, the police commissioner, to stand down. (‘I communicated … that I would like to let the fire burn,’ he later told the city commission.)”

I remember sitting on the floor of my family’s kitchen, listening to NPR, and hearing the story unfold. In my recollection, it was presented less as a horrific case of malfeasance and more as the inevitable result of the police trying to peacefully confront a dangerous and violent cult. My memory is born out by the news coverage that immediately followed the disaster. Reporting for The New York Times, William K. Stevens paints a sympathetic portrait of the police attempting to resolve the situation before reluctantly resorting to a firebomb:

“Mr. Brooks, the City Managing Director, said tonight that the police arrived at the house this morning with arrest warrants for four individuals and asked them to come out of the house. He said the police had promised them there would be no firing. Commissioner Sambor, according to Mr. Brooks, gave them 15 minutes to come out. They refused, Mr. Brooks said, and responded with “vitriolic talk” over a loudspeaker and then started firing. ‘We took a significant number of rounds in our positions,’ said Mr. Brooks. In the siege this morning, Commissioner Sambor said, the police started returning the fire, with frequent lulls. He said the Move people refused all overtures of family, friends and clergy to mediate and to attempt to talk them into coming out. ‘At no time did the police fire in an offensive posture,’ he said.”

Funny how the case of MOVE turned out so very differently than the farce now unfolding in Oregon. Yes, MOVE had some incidents of violence in their past. But then again, so do the militiamen in Oregon. Cliven Bundy, the father of Ammon Bundy, was linked to a couple who went on an anti-government killing spree in Las Vegas. Both MOVE and the Oregon militia advocate an agenda at odds with the so-called mainstream, and both of them ended up in a confrontation with law enforcement. Yet, in one case 15 armed men continue to occupy a bird sanctuary, unharmed save for a lack of snacks. In the other, 11 people died, and a neighborhood block was burned to the ground. It is very difficult to escape the conclusion that this is a textbook example of white privilege.

Have some anti-government views, weapons, and want to do something provocative? Well, before we do anything, we need to check your skin color. White? Well for God’s sake, let’s not overreact. Black? Open fire. Only time will tell how the situation in Oregon plays out. I would count myself very surprised, however, were the end game to look anything like the conflagration that engulfed MOVE.