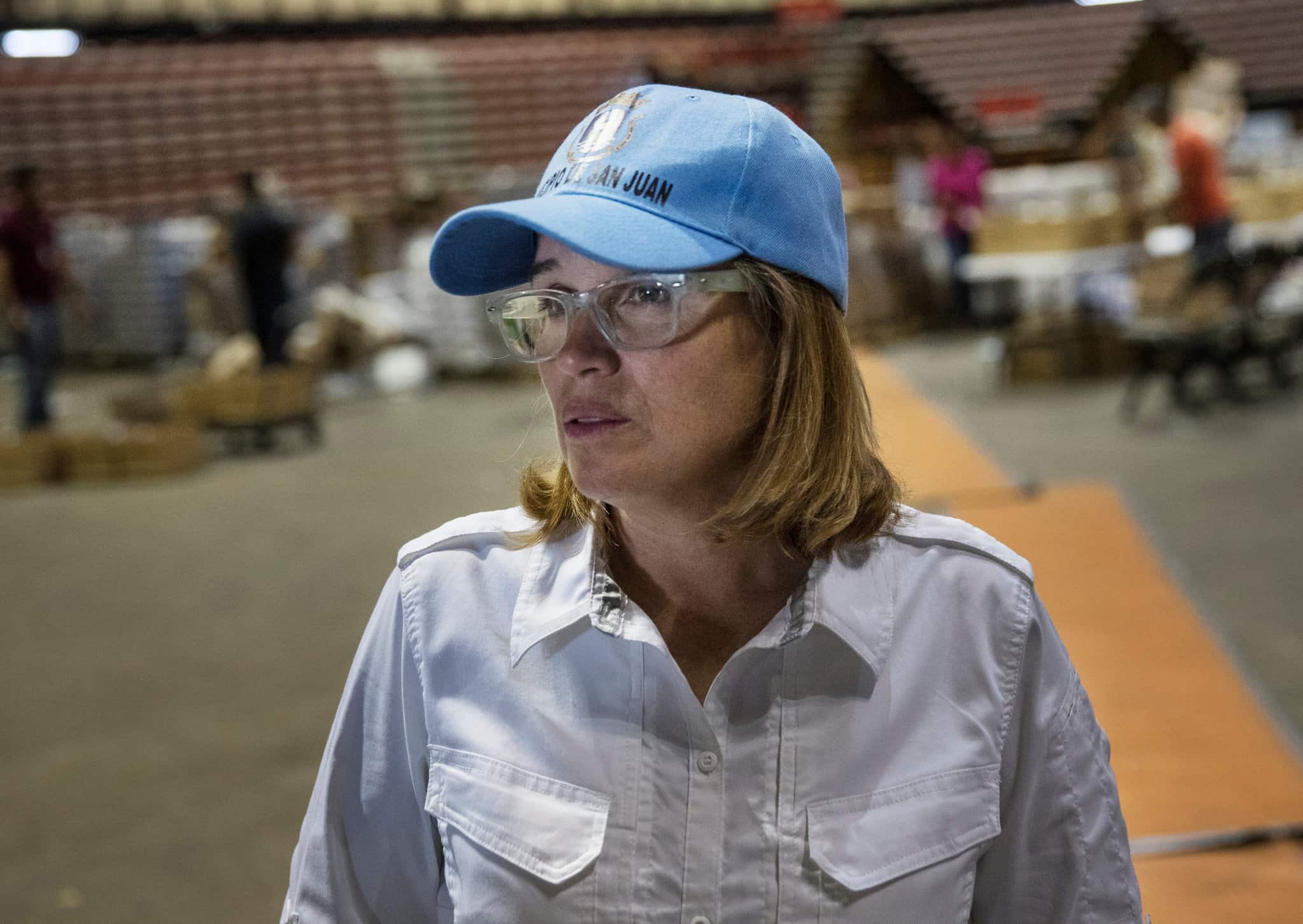 Donald Trump just proved he is without any class or compassion.

The current administration’s mishandling of the crisis in Puerto Rico is nearly criminal. Puerto Rico is literally crying for help, and Donald Trump is saying that hey, that place is in the middle of a big ocean, guys, so it’s pretty hard, but also, he’s doing a tremendous job.

He’s doing an awful job, and San Juan mayor Carmen Yulín Cruz has called him out on it. After the administration rebuked the media for its coverage on their lack of effort in Puerto Rico by claiming the recovery effort there was actually a “good news story,” Cruz reacted in disgusted disbelief.

“I know it is really a good news story in terms of our ability to reach people and the limited number of deaths that have taken place in such a devastating hurricane,” Homeland Security Secretary Elaine Duke said.

But “this is not a ‘good news’ story,” Cruz pushed back. “This is a ‘people are dying’ story.” People are drinking out of unclean creeks, babies are without food, people are dying for lack of help. Cruz dismissed it as an “irresponsible statement.” She later made a plea for help.

“We’re dying here. We truly are dying here. I keep saying it: SOS. If anyone can hear us; if Mr. Trump an hear us, let’s just get it over with and get the ball rolling.”

But Donald Trump can’t “get the ball rolling.” He’s too busy.

About the mayor of San Juan. And the people of Puerto Rico. And the “fake news.” Because of course he is.

Because the Mayor of San Juan hurt his feelings by calling him out on his ineptitude.

The Mayor of San Juan, who was very complimentary only a few days ago, has now been told by the Democrats that you must be nasty to Trump.

Of course, she had to be “told” to be nasty to Donald Trump. She is a woman with a Spanish-sounding last name. She certainly isn’t capable of gathering information from the things that are literally happening around here and realizing the President of the United States is an ineffective chump who isn’t going to help an island full of brown people. At least, not to Donald Trump. And anyhow, why would he help Puerto Rico? Those people aren’t his base. Hell, it’s been unclear whether or not he even realizes they are American citizens.

But rest assured, if this had been Kansas or Alabama, the response from the Trump administration would have been much different.

Trump wasn’t done, of course. Because once he gets ahold of something, the man cannot let it go.

…Such poor leadership ability by the Mayor of San Juan, and others in Puerto Rico, who are not able to get their workers to help. They….

To see Donald Trump tweeting about “poor leadership” while being an incredibly poor leader is enough to make me scream.

…want everything to be done for them when it should be a community effort. 10,000 Federal workers now on Island doing a fantastic job.

And that’s red meat to his rabid, vapid base. “They want everything done for them” is code for “lazy brown people.”

He then goes on to brag about his response, which, again, has been subpar.

The military and first responders, despite no electric, roads, phones etc., have done an amazing job. Puerto Rico was totally destroyed.

Fake News CNN and NBC are going out of their way to disparage our great First Responders as a way to “get Trump.” Not fair to FR or effort!

“No fair!” cries the President of the United States, because his feelings are hurt, because his disaster relief effort has, in itself, been a disaster.

The Fake News Networks are working overtime in Puerto Rico doing their best to take the spirit away from our soldiers and first R’s. Shame!

And, of course, one parting jab at “fake news” from the man that landed himself into the Oval Office through a fluke in the electoral college.

This is not normal. And that it isn’t normal cannot be reiterated enough. This is the President of the United States who, in the midst of a failed, lazy effort to help American citizens, is calling those same devastated citizens “lazy” for not helping themselves. He’s attacking a mayor who is pleading for help for her citizens. And he’s doing it on social media like some sort of cowardly freshman cyber bully.