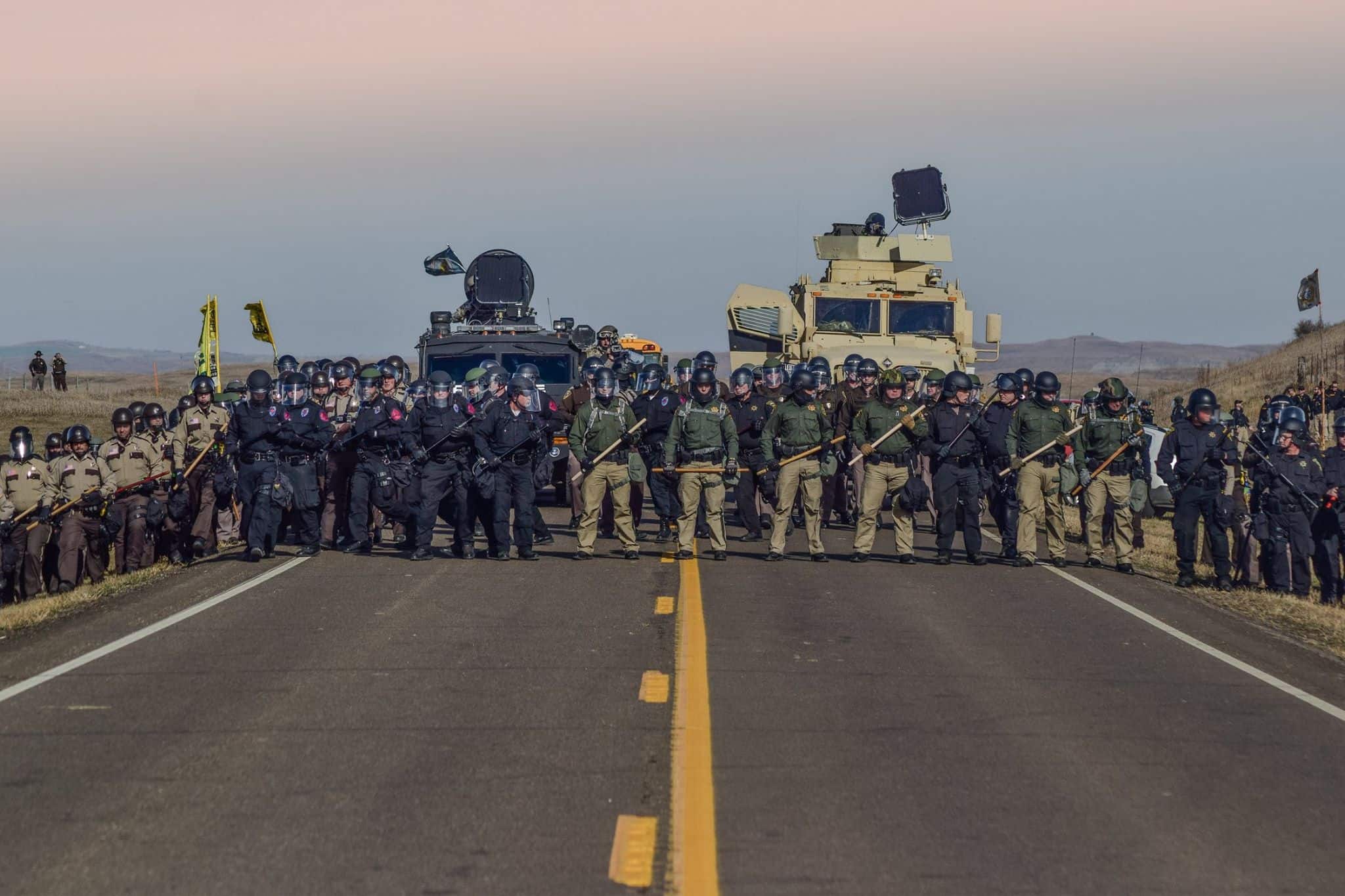 FBI agents are being diverted from the agency’s terrorism task force to investigate Dakota Access Pipeline protesters. Reporters from The Guardian have determined that officers have tried to contact at least three activists involved in the water protector protests at Standing Rock.

The activists, who remain unnamed, reportedly exercised their Fifth Amendment rights and declined to speak with the officers. Although water protectors have been subjected to “extraordinary police violence” practically since they began their protests, they were only contacted by the FBI in the past few weeks since President Trump’s inauguration.

The FBI does have a storied history of targeting activists dating back to the Civil Rights movement, when it spied on and harassed Martin Luther King, Jr., labor rights organizer Cesar Chavez, and other civil liberties activists and opponents of the Vietnam war.

The surveillance capabilities of the state have grown significantly since then, and last month those capabilities were handed over to Trump, a man who has made a habit of publicly denigrating anyone who disagrees him, whose family is set to profit from his presidency, and who has not taken the necessary legal steps to eliminate his business conflicts of interest since he was elected. One of those business conflicts: he has owned stock in Energy Transfer Partners, the company that wants to build the pipeline. He claims to have sold those stocks, but we have yet to see any proof, and given his broken promises about his tax returns, that proof probably won’t be coming any time soon.

His Secretary of Energy, Rick Perry, has also previously served on Energy Transfer’s board of directors.

Water protectors plan to continue to resist the pipeline’s construction in North Dakota. Meanwhile, in Arizona, the Tohono O’odham Nation is set to resist Trump on another big issue: his border wall. The proposed barrier would have to cross through their land, and would restrict the movement of tribe members. Their ancestral land spans the U.S.-Mexican border, and members of the tribe live on both sides. They view the planned wall as a violation of their sovereignty, and it could become another flashpoint between the new administration and Native tribes, as well as broader protest movements. No word yet on whether the Tohono O’odham are “terrorists.”