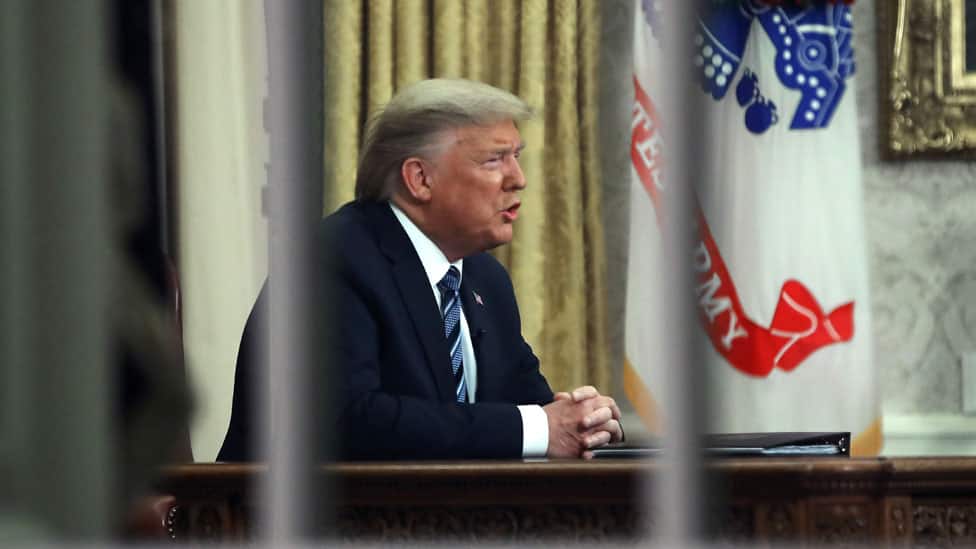 As the ever-important presidential benchmark of the first 100 days looms before Donald Trump, the president is becoming increasingly desperate.

NBC is already declaring that Trump’s first 100 days is the “poorest in the modern era,” reporting the following:

None of it paints a very pretty picture of the Trump presidency.

So, in a series of pathetic moves designed to try and bolster his dismal start as much as possible, Trump has tried to rewrite history, even as history is still happening. He’s taken credit for matters that he clearly has no business taking credit for – such as claiming he has created 600,000 jobs. He also recently tried to claim credit for a strong military.

He deserves the credit for neither.

And on Fox Business Network, he made the following claim about his first 100 days:

“We freed up so much and we’re getting great, great credit for it. We have done so much for so many people. I don’t think that there is a presidential period of time in the first 100 days where anyone has done nearly what we’ve been able to do.”

You can almost smell the desperation.

Trump Takes To Twitter To Bolster His Own Fragile Ego

Trump’s latest tweets also reek of his sad desperation. On Monday morning, the president took the time to send out the following message.

“The first 90 days of my presidency has exposed the total failure of the last eight years of foreign policy!” So true. @foxandfriends

To begin with, quoting Fox and Friends is just…well, sad, to quote the man himself. Secondly, the Trump administration has no foreign policy. What they have is access to bombs and a willingness to do almost anything to bolster faltering approval ratings that began at already historical lows.

The only thing Trump has outdone Obama on is spending time golfing and taxpayer money on travel.

And then, just in case you’ve read that Trump is actually doing a dismal job (which he is), Trump wants you to know that’s still fake news.

The Fake Media (not Real Media) has gotten even worse since the election. Every story is badly slanted. We have to hold them to the truth!

But do you know what’s not fake news, in Trump World?

Because for Trump, polls are fake unless he likes them. Same with the news. For Trump, the Drudge Report is real, the New York Times, the BBC, CNN, and NBC are all fake.

Gallup polls paints a much different picturethan what the Drudge Report heralds.

“Trump’s approval rating is at a mere 40 percent according to the same Gallup data. No president in the last six decades had approval ratings so low at this point in his presidency. Former President Bill Clinton had the lowest approval rating in his first April in office prior to Trump. Only 55 percent approved of his job performance at that point.”

But Trump is desperate. Those first 100 days, that benchmark by which so many presidents are measures, looms large and ugly in his mind. He’s had no victories. He’s had no legislative wins. Trump couldn’t even get the Affordable Care Act repealed despite holding a majority in both the House and the Senate.

Instead, his presidency remains enmeshed in a growing Russian scandal. He’s pushing North Korea ever closer to the brink. He dropped 59 Tomahawk missiles on a Syrian airstrip…and didn’t even hamstring the airstrip for a day.

But he can probably add improving the ratings of Saturday Night Live his very short list of accomplishments in his first 100 days. It’s not much, but hey – it’s something.