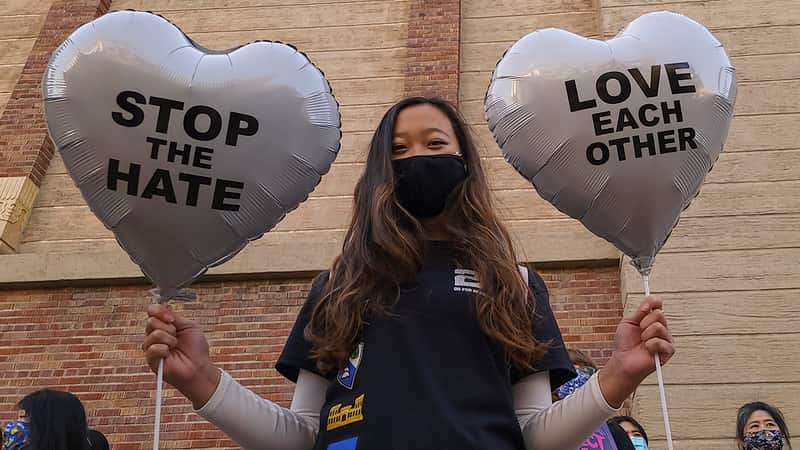 Everything IS bigger in Texas. Even their hatred of “the other”. Two men were killed and one injured as two religious hate groups clashed Sunday, May 3 at a “Draw Mohammed” cartoon contest and 1st Amendment-fest held in Garland, TX. The event was organized by Pamela Geller of the American Freedom Defense Initiative , which is considered an anti-Muslim group by the Southern Poverty Law Center. It was estimated that around 200 people were in attendance at the event and over 350 entries were received. The keynote speaker was extreme right-wing Dutch politician Geert Wilders, the founder and leader of the Party for Freedom , which shows a striking resemblance to the American ultra-right-wing Tea Party.

One of the two men killed has been identified by federal law enforcement as Elton Simpson, an Arizona man who had been previously investigated for terrorism. The FBI has been tracking Simpson off and on since 2006. Simpson apparently posted a tweet before the attack that read, in part, “May Allah accept us as mujahideen.” The second shooter has been identified as Nadir Soofi, Simpson’s roommate. The two shared an apartment in Phoenix, AZ.  Simpson and Soofi were said to be heavily  armed and wearing body armor during the attack. The FBI does not suspect the two men acted for any international terrorist groups but has yet to conclude its investigation. The agency raided Soofi and Simpson’s Phoenix apartment Monday. They have not yet determined who masterminded the attack

Both suspects were killed outside the Curtis Culwell Centre in Garland, north of Dallas after opening fire on an unarmed security office. Neither of the suspects made it inside the venue. The injured officer, identified as Bruce Joiner with the Garland Independent School District, was shot in the lower leg. His injuries were not life threatening, and he was released from the hospital Sunday night.

A SWAT team had been deployed on the site hours earlier, ushering in attendees and surrounding the perimeter of the event center. The extraordinary security for the event also included a portable police tower, metal detectors at the entrance and blockades outside

“The reason why we have the security here is the reason why they would have it in France,” a SWAT officer told reporters, alluding to the recent Charlie Hebdo attack in Paris. “What would make you think it wouldn’t happen here?”

A traffic officer working after hours as security for the event and armed only with a service pistol killed both Simpson and Soofi Garland Police Department spokesman Joe Harn told reporters Monday.

“He did what he was trained to do, and under the fire that he was put under, he did a very good job. And probably saved lives,”We think their strategy was to get into the event center, and they were not able to get past our perimeter that we had set up.”

Texas Gov. Gregg Abbott issued a statement Sunday stating that Texas officials are “actively investigating to determine the cause and scope of the senseless attack in Garland, Texas. This is a crime that was quickly ended thanks to the swift action by Garland law enforcement,” the governor said. “Our thoughts and prayers remain with all those affected tonight.”