US Sending Special Forces To Syria. What A Great Idea! 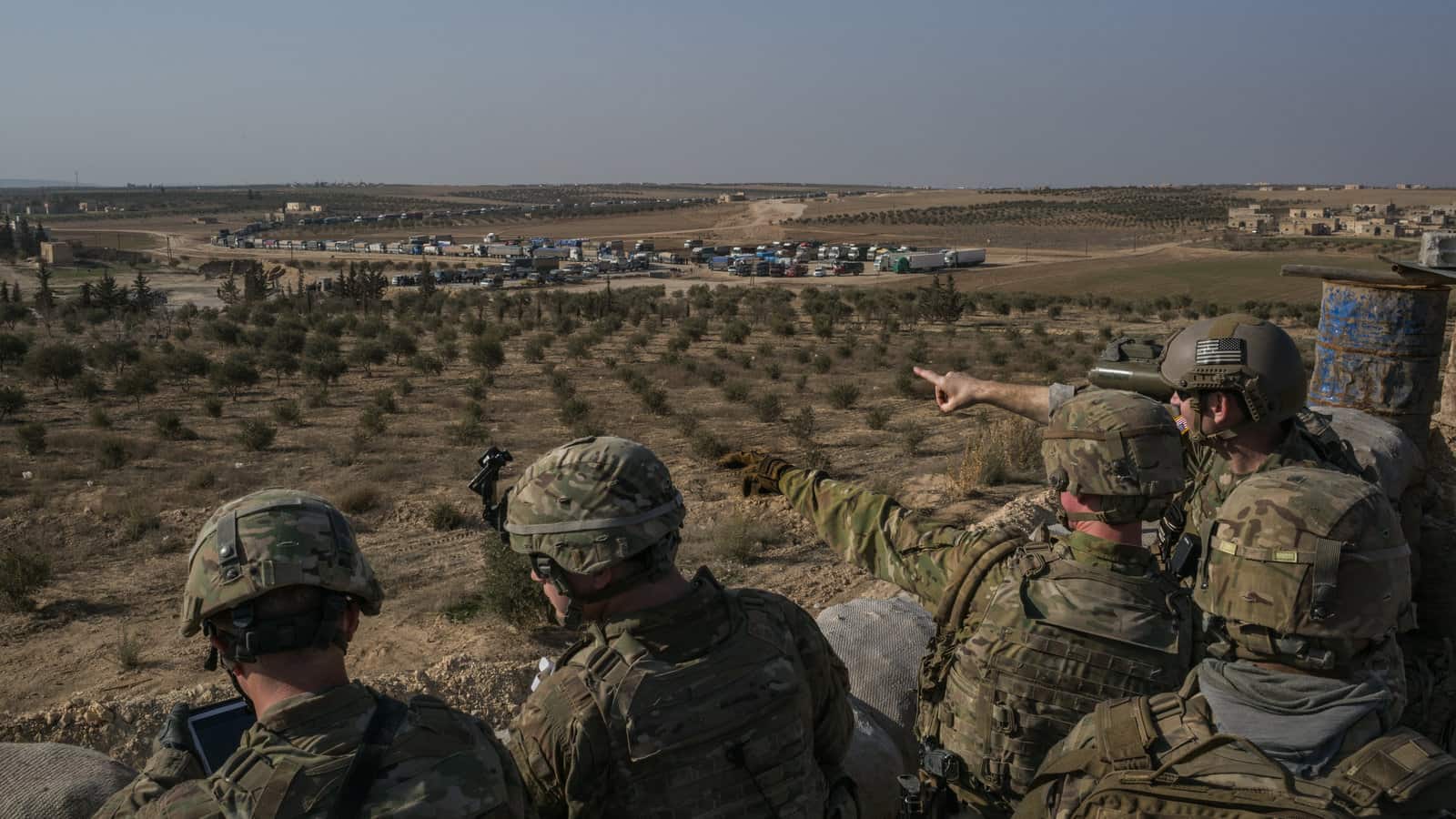 It Looks As Though The United States Will Be Sending Special Forces Into Syria:

“Barack Obama has ordered up to 50 special operations troops to northern Syria, a senior administration official told the Guardian on Friday, in an apparent breach of his promise not to put US ‘boots on the ground’ to fight Islamic State militants in the country. The Pentagon has also been ‘consulting’ with Iraqi prime minister Haider al-Abadi to establish a special operations task force, with an unspecified number of US forces aiming ‘to further enhance [US] ability to target Isil leaders and networks’ across the Syria border in Iraq. The forces will be supported by an additional deployment of A-10 ‘Warthog’ attack aircraft and F-15 jets to Nato’s Incirlik base in Turkey, in what amounts to a major escalation of US forces in the region.”

This announcement is certainly of a piece with a trend towards increased American involvement in the region. It was recently announced that more troops would be going to Iraq, to participate in “direct action on the ground” against ISIS. And, of course, this comes in the wake of the revelation that American forces would be staying in Afghanistan until, at least, 2017. The escalation may be incremental, for now, but it certainly represents a reversal of administration policies in past years. That alone is troubling, but there is another angle to consider: Russia.

Russia has become heavily involved in Syria, with the pretense of striking ISIS forces. That pretense does not quite align with reality. Russian air strikes have been rather indiscriminate. Up to a third of the casualties have been civilians. And the combatants who have been targeted? They are not limited to ISIS fighters. Some have been members of the more “moderate” Free Syrian Army. Russia’s intentions seem to be less about simply going after ISIS and more about going after all forces fighting against the regime of Bashar al-Assad. Some of the more moderate forces are exactly the ones that US special forces will be working with in an effort to combat ISIS. And that could potentially put the United States and Russia on a collision course.

On 10/29, Press Secretary John Ernest spoke at length about Syria, specifically in the context of Russia, and sounded some rather harsh notes:

“What does reflect a change between our two countries is the increasing international isolation of the Russians, the further deterioration of the Russian economy.  And I think the question for the Russians is going to be, can they contribute to a political effort to try to resolve the situation inside of Syria.  Right now their military actions inside of Syria put that political settlement further out of reach.  And the question is, is Russia prepared to adjust their strategy and be more constructive.  And this is something that Secretary — this is a proposition that Secretary Kerry is testing in Vienna right now.”

Ernest was emphatic though, despite all the belligerent rhetoric directed at Russia, that Syria would not become a proxy war. Nope.

“But ultimately, the President has also been quite clear that the situation in Syria is not going to turn into another proxy war, or a proxy war between the United States and Russia; that this is not akin to other Cold War conflicts that we saw several decades ago.”

Starting A Proxy War In Syria Is A Rather Awful Idea.

The situation in Syria is best described by a word beginning with “cluster” and ending with “fuck.”

I suppose we should feel comforted by Ernest’s assurances. I mean, Russia is deteriorating and their actions in Syria and the Ukraine are at odds with the policies of the United States and its allies, but there is totally not going to be any kind of proxy war. We promise. I must confess that I find these assurances to be rather less than convincing. The situation in Syria is best described by a word beginning with “cluster” and ending with “fuck.” There are dozens of factions fighting against the Assad regime, including both ISIS and the al-Queda linked al-Nusra Front. Against these groups stand the Syrian Army, the Iranian backed Hezbollah, Iranian troops, and now Russia. Introducing American forces into the mix is a recipe for disaster. This isn’t a two-sided conflict — there are literally dozens of sides to the fighting. And, given Russia’s indiscriminate bombing campaign, the possibility that US “advisors” could be targeted, intentionally or not, is very real.

And this all comes at a time when tensions with Russia have risen to a level not seen since the Cold War. NATO is considering increasing the number of troops stationed at borders with Russia. Russian military aircraft have violated Turkish airspace and veered perilously close to US forces in the Sea of Japan. The Ukraine remains a mess. Given all that, introducing a new potential flash point seems to be, at the very best, reckless, and at worst a recipe for, yes, a proxy war. All the assurances from the administration that such an event will simply not happen ring a bit hollow when considered in light of the chaos on the ground in Syria.

Is a proxy war in Syria inevitable? No. Do American troops in Syria increase the risk of a proxy war? Undeniably. This is a terrible idea.