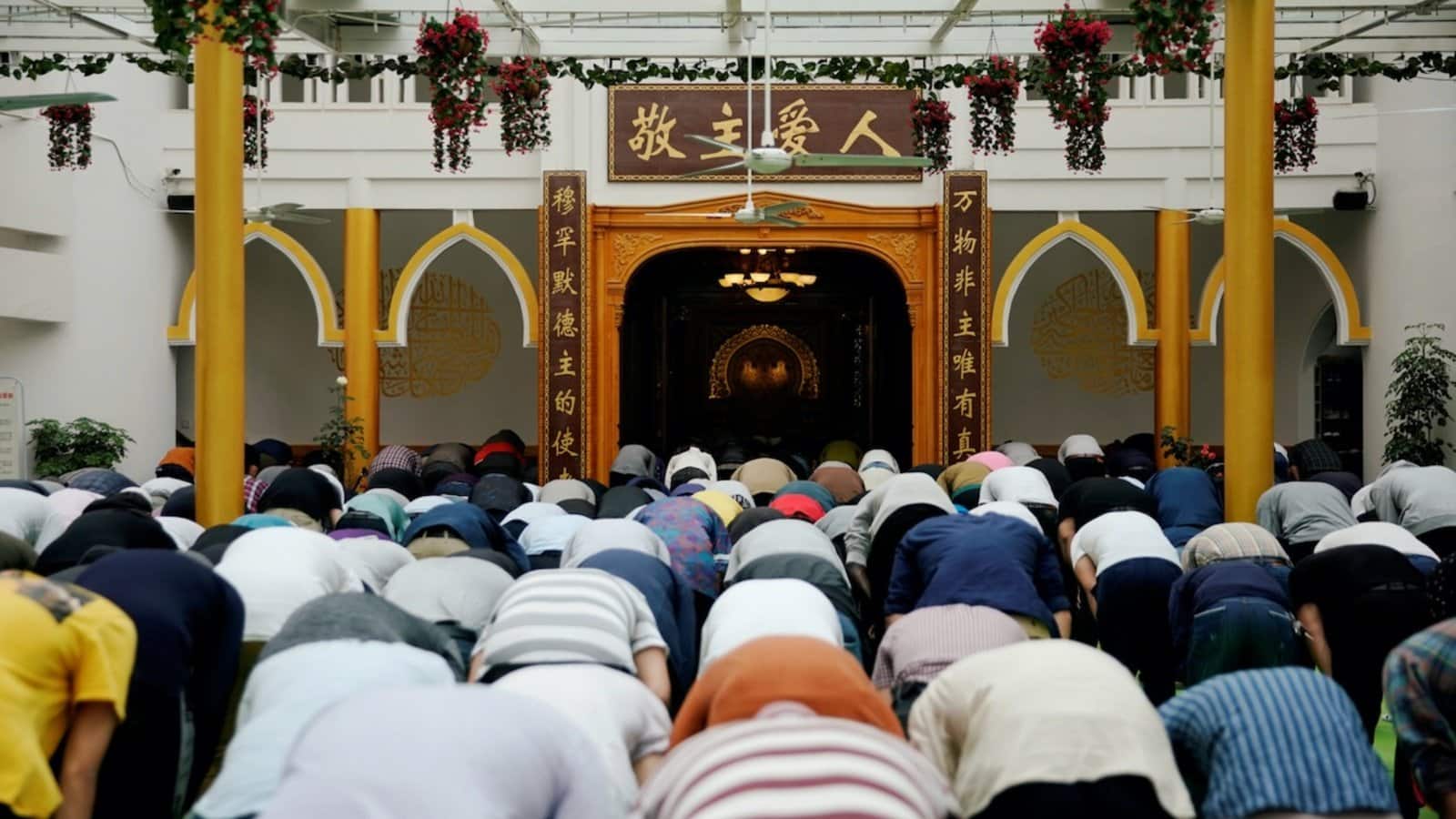 Attacks On Mosques In The U.S. Have Tripled Since 2014.

We are living in one of the most intense and violent periods of anti-Muslim sentiment in U.S. history. That is what CNN concludes in their analysis of a map of attacks on mosques in 2015, which was produced by the the Council on American-Islamic Relations (CAIR). CAIR identified 63 individual incidents of attacks on mosques in the U.S. so far in 2015. That is the highest number on record, and it is three times as many as the number recorded in 2014.

There was a huge spike in Nov., which indicates that some Americans are being radicalized and inspired to violence by  the increasingly heated rhetoric coming from far-right politicians like Donald Trump in response to events like the attacks in Paris and the mass shooting in San Bernardino. A recent poll showed that Republicans who believed the idiotic lie that President Obama is a Muslim are more likely to support Donald Trump. It also showed that those supporters are less likely to agree with the statement that most Muslims don’t support DAESH (formerly known as ISIS).

The month of Nov. marked a huge spike of attacks on mosques, which shows that some Americans are growing more radicalized and inspired to violence by the heated anti-Muslim rhetoric from Donald Trump and others on the far right.

The attacks on mosques have included a wave of arson events, as well as offensive gestures like the head of a pig left in front of a mosque in Philadelphia.

The map and the statistics about attacks on mosques show a compelling general picture of increasing violence. Meanwhile, Muslims across the U.S. provide anecdotal evidence of a growing wave of frightening harassment, intimidation and violence. There have been 19 reported hate crimes against Muslims in the past week alone.

Recently, Muslim women are bearing the brunt of the current wave of harassment, since women wearing a hijab headscarf are easy to identify as devout Muslims. The Los Angeles Times reported on a young Muslim woman in Austin, Texas, who was told by an older white man to “go back to Saudi Arabia.” The man seemed unaware of the irony that he happened to be eating at a Middle Eastern restaurant at the time. The Times also noted other incidents,

In Cincinnati, a driver tried to run down a young Muslim woman. In New York City, a customer called a female pharmacist wearing a headscarf a terrorist and told her to “get out of his country.” In San Diego, a man shoved a pregnant Muslim mother’s stroller into her belly and a San Diego State student reported a man tugged at her headscarf while yelling at her in a parking lot.

In the Tampa, Fla. area this week, a Muslim woman was shot at while leaving a Mosque, and another was nearly driven off the road.

Mother Jones reported that Muslim schoolkids have increasingly become the targets of harassment in the United States. CAIR researched the experiences of Muslim schoolchildren in Calif., and found that 55% reported receiving insults and harassment. The harassment can come from fellow students, or adults, including teachers. In one example:

In the Bronx, a group of boys allegedly assaulted a 6th grade girl, putting her in a headlock, punching her, tearing at her hijab, and calling her “ISIS.”

Threats have even been directed against CAIR, including a “suspicious powder” mailed to one of their offices in Santa Clara, Calif. CAIR says they receive hate messages “daily.”

Some of the attacks have been directed against Sikhs. The Sikh religion has nothing to do with Islam, but they often get mistaken for Muslims because the men wear a headscarf. This indicates that some of the attackers are not only so stupid that they direct their hate at individual terrorists toward a whole religion, but they don’t know the difference between religions. Meanwhile, a coalition of Muslims in Southern California recently raised $100,000 for the victims of the San Bernardino shooting.

If the right-wing continues intensifying its attacks on mosques and their anti-Muslim crusade, we could see something of a kristallnacht in America. The ‘night of broken glass’ in early Nazi Germany was a far more coordinated action than any anti-Muslim violence we have seen yet in America. However, the dynamics are similar. An entire political movement isolates, bullies and scapegoats an entire religion for the nation’s problems. Its rhetoric increasingly demonizes them, including the vast majority of innocent people. The rhetoric inspires members of an aggrieved majority to violence targeting individuals and religious and private buildings owned by members of that religion. We must be vigilant against the right-wing in America making any attempt to institutionalize the growing violence against innocent Muslims in America.

As the attacks on mosques and the rhetoric and violence against Muslims in the US intensifies, conservatives will be helping DAESH’s propaganda and social media recruiting strategy.

CAIR’s Map Of Attacks On Mosques: