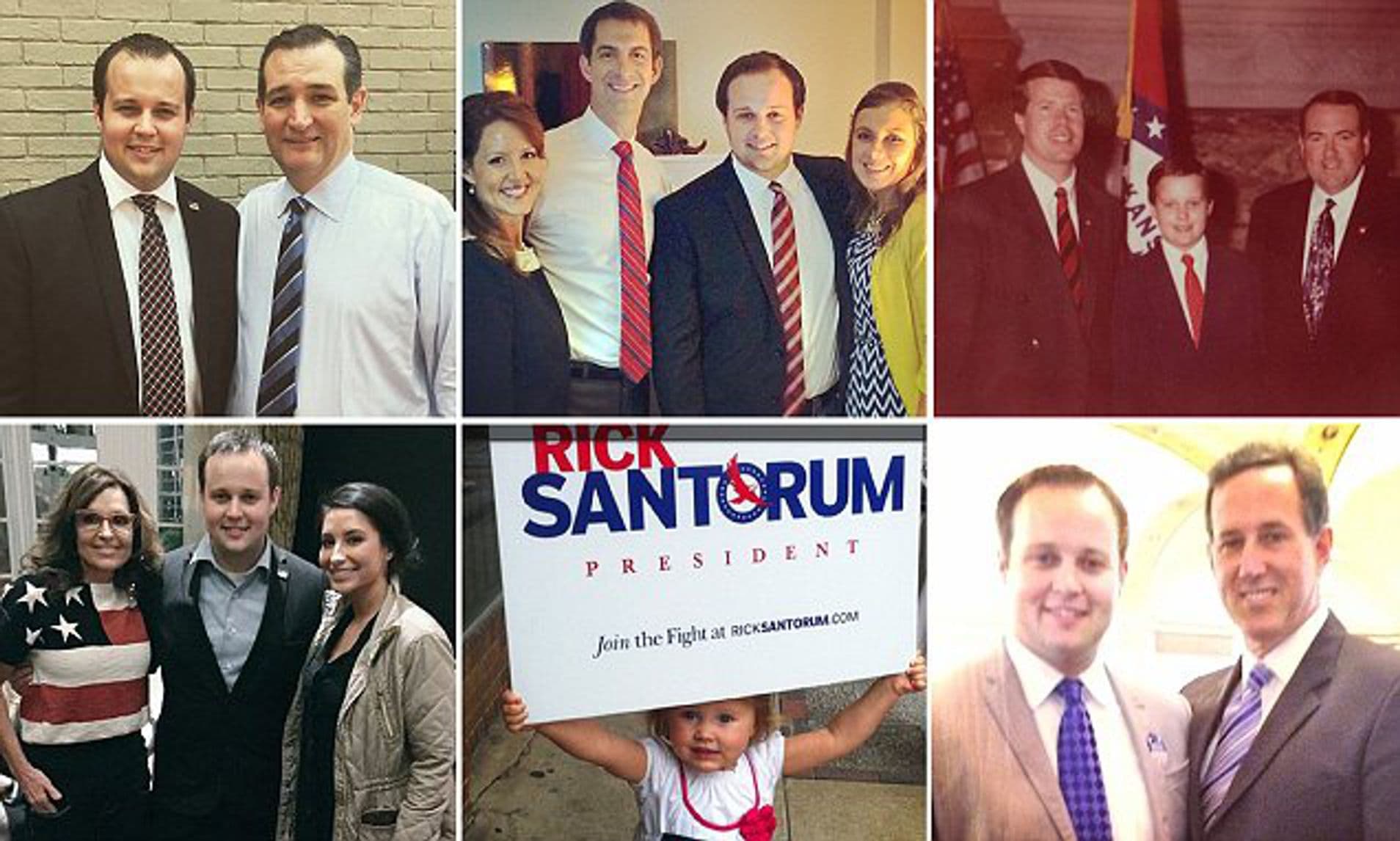 In the latest twist involving child molester Josh Duggar and the scandalous cover-up of his perverse crimes by his parents, their church, and Arkansas GOP politicians, a judge appointed by Duggar-supporting Mike Huckabee allegedly ordered the destroying of the police report against Josh Duggar right after the case came to light this week.

Springdale (AR) Police spokesman Scott Lewis told the AP that he was ordered to destroy the report by Judge Stacey Zimmerman, who is the Juvenile Judge of Madison and Washington county, where the crime took place. Zimmerman so happens to have been appointed by Bible-thumping Duggar-supporting Mike Huckabee to two different positions while he was the governor of the state.

“The judge ordered us yesterday to expunge that record. As far as the Springdale Police Department is concerned this report doesn’t exist.”

Lewis also said that similar cases are kept indefinitely. In other words, it appears that a cover-up is taking place, perhaps spearheaded by Arkansas Republicans who have been intertwined with the Duggar family over the years.

But alas, In Touch Magazine obtained the report, which has been hidden since 2006, through a Freedom of information Act request.

The report can be seen below. WARNING: Disturbing details are provided in parts of this report.

Josh Duggar, who is married and has (gulp) three children with another on the way, was in his teens when the incidents took place. His parents, Jim Bob and Michelle, did not bother telling the police for more than a year after Josh admitted to them that he committed the heinous acts on at least 5 female victims, including his own sisters. But they had the perfect punishment and counseling program for their son, who was never arrested despite his felonious acts: Sending him to a buddy in the home remodeling business and making him do hard manual labor. We’re really confident that this was just what any child molester needs in order to prevent any further offenses.

Huckabee, who is running for president again and was joined at his campaign kickoff event by Jim Bob and Michelle Duggar, posted a message in support of the Duggars on Facebook:

“Janet and I want to affirm our support for the Duggar family. Josh’s actions when he was an underage teen are as he described them himself, ‘inexcusable,’ but that doesn’t mean ‘unforgivable.’ He and his family dealt with it and were honest and open about it with the victims and the authorities. No purpose whatsoever is served by those who are now trying to discredit Josh or his family by sensationalizing the story. Good people make mistakes and do regrettable and even disgusting things. The reason that the law protects disclosure of many actions on the part of a minor is that the society has traditionally understood something that today’s blood-thirsty media does not understand—that being a minor means that one’s judgement is not mature. No one needs to defend Josh’s actions as a teenager, but the fact that he confessed his sins to those he harmed, sought help, and has gone forward to live a responsible and circumspect life as an adult is testament to his family’s authenticity and humility. Those who have enjoyed revealing this long ago sins in order to discredit the Duggar family have actually revealed their own insensitive bloodthirst, for there was no consideration of the fact that the victims wanted this to be left in the past and ultimately a judge had the information on file destroyed—not to protect Josh, but the innocent victims. Janet and I love Jim Bob and Michelle and their entire family. They are no more perfect a family than any family, but their Christian witness is not marred in our eyes because following Christ is not a declaration of our perfection, but of HIS perfection. It is precisely because we are all sinners that we need His grace and His forgiveness. We have been blessed to receive God’s love and we would do no less than to extend our love and support for our friends. In fact, it is such times as this, when real friends show up and stand up. Today, Janet and I want to show up and stand up for our friends. Let others run from them. We will run to them with our support.”

Huckabee’s “the victims wanted this left in the past” comment is particularly galling, considering that Josh Duggar’s criminal acts of perversion were covered up by the Duggar family long after they happened. Furthermore, Huckabee’s support for Josh Duggar and the rest of the family runs contrary to what he said about President Obama’s children earlier this year, and chastising the Obama’s parenting skills. Their crime? Listening to Beyonce:

Back in the sane world, outside of the cesspool that is Arkansas GOP politics and the dysfunctional Duggar clan, TLC has dropped “19 Kids And Counting” from their program lineup.

And whatever chance Mike Huckabee had at winning the GOP nomination for president in 2016 is sure to go down in flames, hopefully right along with the farcical spectacle that has been the Duggar family circus over the years.