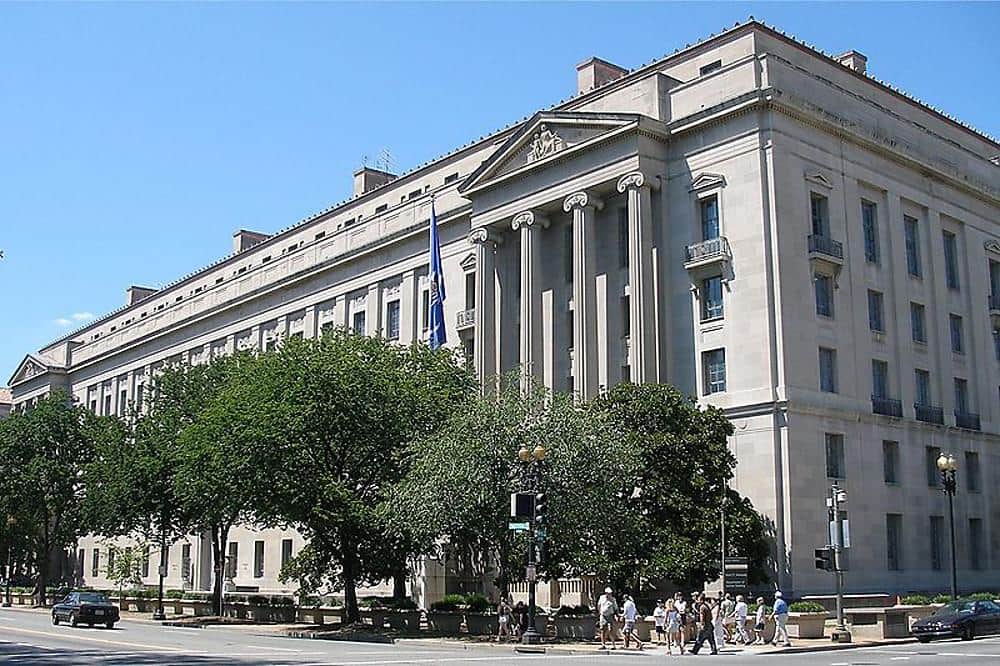 America, get ready for some good news: The Justice Department has set its sights firmly on ending the use of private prisons.

Now, pick your slack-jaw off the floor and dig the details.

The move comes, The Washington Post reports, due to the fact that “the facilities are both less safe and less effective at providing correctional services than those run by the government,” and contrary to what the private prison industry will tell you, they don’t save anyone any money, either.

Unveiled in a memo, Thursday, by Deputy Attorney General Sally Yates, officials have been instructed “to either decline to renew the contracts for private prison operators when they expire or ‘substantially reduce’ the contracts’ scope.” Yates’ memo states the goal is “reducing—and ultimately ending—our use of privately operated prisons.”

Only last week, the Department of Justice’s Inspector General issued a scathing report “concluding that privately operated facilities incurred more safety and security incidents than those run by the federal Bureau of Prisons [BOP].” Issues raised in the report include higher assault rates between inmates, as well as upon the staff, and “eight times as many contraband cell phone confiscated each year on average.”

In such an environment, it is not hard to believe the presence of drugs is that much higher, as well.

Those issues, it seems, however, are just the trouble sticking its nose above the surface. There has also been “extensive property damage, bodily injury, and the death of a Correctional Officer,” not to mention “several examples of mayhem at private facilities,” including a riot by 250 inmates back in 2012 over poor food quality and medical care, where “20 people were injured and a correctional officer killed.”

Yates declared in an interview:

“The fact of the matter is that private prisons don’t compare favorably to Bureau of Prisons facilities in terms of safety or security of services, and now with the decline in the federal prison population, we have both the opportunity and the responsibility to do something about that.”

The Washington Post also points out that the shortcomings of private prisons are “hardly a secret,” drawing readers’ attention to a lengthy Mother Jones expose detailing the findings of one reporter’s undercover gig as a corrections officer, summed up as finding “serious deficiencies,” not to mention The Nation’s coverage this year about “deaths under questionable circumstances” at such facilities.

According to Yates, the Justice Department will not be cutting any contracts short, but rather “review those that come up for renewal,” all of which will face that inevitable review within the next five years.

Naturally, the Justice Department’s intent will be met with fierce opposition from the private prison industry, which will do whatever it can to refine its progress in the hopes that this or that contract is renewed. One can easily assume a whole lot of lucrative lobbying will take place as each contract comes up for review, as well.

Interestingly, “the contractors running the prisons noted their inmate populations consist largely of non-citizens, and that presents them with challenges that government-run facilities do not have.”

President of Management and Training Corporation Scott Marquardt responded to the Justice Department’s intent by stating that a comparison between private prisons and the Bureau of Prisons is like “comparing apples and oranges.” He wrote:

“Any casual reader would come to the conclusion that contract prisons are not as safe as BOP prisons. The conclusion is wrong and is not supported by the work done by the [Office of the Inspector General.]”

Yates offered Marquardt a hearty “too bad” in response, though, pointing out that the BOP is “already taking steps” to end the era of private prisons in the U.S.

The Bureau has already declined the renewal of one contract for “1,200 beds at the Cibola County Correctional Center in New Mexico.” Further evidence that the Justice Department means business is the recent decision to downsize a solicited 10,800-bed contract to a third of its size—3,600 beds. Yates wrote that latter decision would position the BOP to essentially disintegrate three private prisons over the next year, reducing the private prison population to less than 14,200 inmates.

Yates said it is “hard to know precisely” when all the private prisons will no longer house “federal” inmates, but she also pointed out that the 14,200 noted above will be “less than half the inmates” private prisons housed three years ago. Yates points to that trend as proof that the BOP is “well on our way to ultimately eliminating the use of private prisons entirely.” She said:

“We have to be realistic about the time it will take, but that really depends on the continuing decline of the federal prison population, and that’s really hard to accurately predict.”

“Bottom line… you get what you pay for.”

The effects of the Justice Department’s move are already changing the game as stocks for at least two private prisons are plummeting.