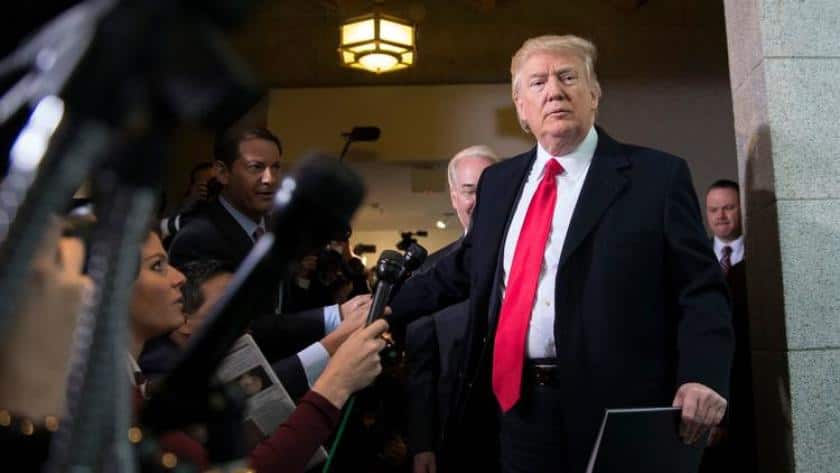 One of Donald Trump’s jobs after being inaugurated as President will be to fill the open Supreme Court seat occupied by Justice Antonin Scalia who passed away last February.

Of course, as International Business Times points out, President Obama was set to fill the vacancy with Appellate Judge Merrick Garland, but Republicans wouldn’t even give him a hearing desperately trying to protect the seat for a conservative judge to fill Scalia’s shoes.

Now it’s up to Trump, who promises to fill Scalia’s seat within his first two weeks in power. As Pink News reports, in preparation, he has met with an ultra-conservative, brutally homophobic candidate who promises to be a real threat to progressives.

Trump had a private meeting last weekend with 11th Circuit Court of Appeals justice William H Pryor Jr who has stated that he believes same-sex couples should be tossed in jail for having sex – in the privacy of their own homes.

“The Supreme Court has never recognised a fundamental right to engage in sexual activity outside of monogamous heterosexual marriage, let alone to engage in homosexual sodomy. Such a right would be antithetical to the ‘traditional relation of the family’ that is ‘as old and as fundamental as our entire civilisation’.”

The People For The American Way organization warns that Pryor is “unfit to judge” and that just one of many reasons is his stance on LGBT issues.

“Pryor would deny gay men and lesbians the equal protection of the laws. He believes that it is constitutional to imprison gay men and lesbians for expressing their sexuality in the privacy of their own homes and has voluntarily filed an amicus brief in the Supreme Court urging the Court to uphold a Texas law that criminalizes such private consensual activity.”

Furthermore, Trump vowed that he would install an anti-abortion Supreme Court Justice who would challenge Roe Vs. Wade. With William H Pryor he would definitely fulfill that goal, as The Independent points out.

“In 2000, he said the Supreme Court was responsible for ‘two awful rulings that preserved the worst examples of judicial activism: Miranda v Arizona and Roe v. Wade’.”

The Republicans wanted a replacement for Scalia that would help push their agenda. This guy will do that in spades – unfortunately.