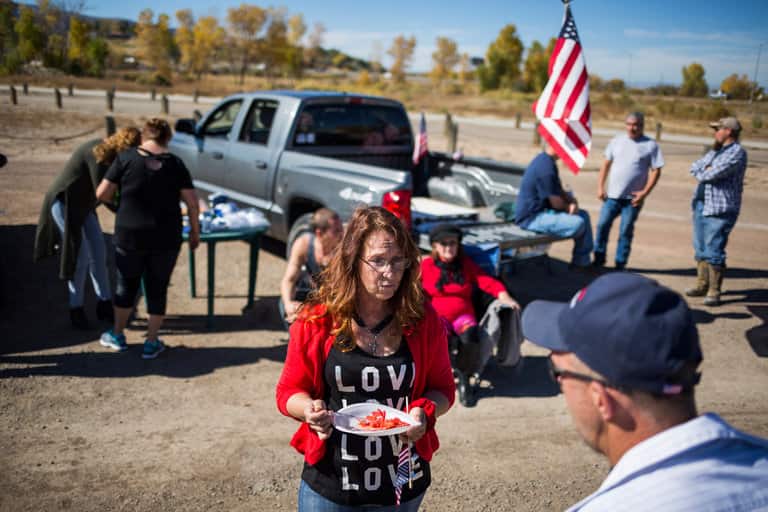 You’ve seen them on Facebook, the posts discussing leaked emails from the Hillary campaign, all claiming to have come from Wikileaks. From Fox News contributors to right-wing radio hosts the posted mails have made the social media circuit and caused consternation along Trump supporters.

The emails reportedly showed the Clinton Foundation supporting a variety of causes. From the Sharia Law Center to Glenn Beck, these reported payments riled up the right-wing base. It looked to be a complete who’s who list of targets, and even supporters, all in the pocket of Hillary Clinton.

The problem of course is that the concerning emails are completely fake.

Anatomy Of A Satire.

This was created by one man, using common photo editing software, who goes by the Twitter handle MassRafTer. When The Daily Beast tracked down this satirist, he would only give his first name, Chris. MassRafTer is more than pleased with the overwhelming response to his clearly forged documentation. According to him “The wonderful thing is this is the third time 55 dipshits per minute have fallen for my Photoshop and MSPaint work.”

MassRafTer created over the top lists for this satire, including groups that have been long disbanded such as The Black Panthers and Acorn. Even casual investigation would have proven the documents utter forgeries. But, for those who already are ready to believe in such rubbish, confirmation bias lets them believe the obvious falsehoods. And so lies the problem.

‘Leaked’ Emails A Problem In More Ways Than One.

The work of MasRafTer highlights the general problem with leaked documentation. Due to the break in the chain of ownership, one cannot confirm the accuracy for any of them. Even the emails posted by Wikileaks itself are rife with issues that call their credibility into question. From Cyrillic letters in the metadata to emails assembled out of other messages, the ability to rely upon what should be a viable source of data has been called into question.

And with how digital data works, it becomes difficult, if not impossible, to identify when a forgery occurs except in the most obvious cases. As a result, it requires analysis of the underlying code to identify issues. Even then it is not foolproof, with clever forgers able to replicate authentic-looking data.

The Failure Of Wikileaks.

A decade ago, Wikileaks emerged as a tool for whistleblowers to expose corruption in the system. With Julian Assange the public face, Wikileaks goal was to expose the dirty secrets of corrupt governments. However, with Assange taking full control, and forcing those who had help bring it together out, it has become less about exposing corruption, and more about pushing whatever agenda that Assange himself picks.

Sadly, alternatives to Wikileaks have failed to take off. From Openleaks to Anonymous Tyler, they simply failed to gain any traction. This inability to verify opened up the window for pranksters, satirists, or even those of malicious intent, to poison the well.

We can only expect more people like MassRefTer to appear as time goes on. We can also expect in this arms race of one-upsmanship, to have even more radical claims accepted.