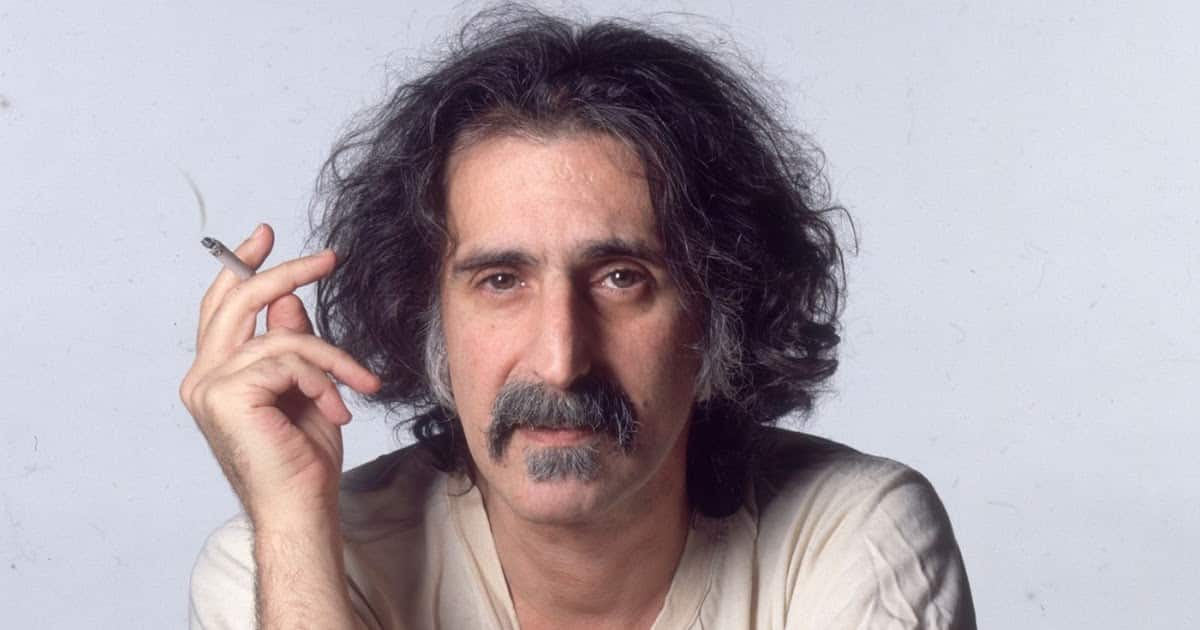 Now, this may not exactly be breaking news, but some 29 years ago, musician Frank Zappa managed a bit of prophecy when he predicted that our nation was moving towards a fascist theocracy.

The biggest threat towards America today is not Communism, it is moving America towards a fascist theocracy . . . . When you have a government that prefers a certain moral code derived from a certain religion and that moral code turns into legislation to suit one certain religious point of view and if that code happens to be very, very right wing, almost towards Atila the Hun . . . .

At which point Zappa was cut off by everyone else yelling at once. But his point had been made and, I’d argue it’s an eerily specific prediction of the current state of the country. Now, you might say that Zappa and, by extension myself, are being hyperbolic. After all, term such as “fascism” and “theocracy” do tend to thrown about rather wantonly in today’s political discourse.

That said, consider the current news. Both Indiana and Arkansas passed “religious freedom” legislation. Both bills would have created de facto licenses to discriminate against the LGBT community. Happily, the massive national backlash provoked by the legislation resulted in a minor rollback, first in Indiana, then in Arkansas. Despite that, when examining the motivation behind these laws, a so called protection of “religious rights,” whose religious rights, exactly, are being protected? Which religion’s morality is served when Texas slashes HIV funding and pumps the money directly into the pseudo-science of abstinence education? When the annual blather about a “War on Christmas” begins, which morality is being advocated? When a conservative and fundamentalist branch of the majority religion in America whinges about “discrimination” and cries out for legal protection that amounts to permission to impose its morality upon the nation, does that not tend towards theocracy?

Religion is in no need of protection. We need to be protected from the excesses of religion. And when we are not, when our very government is perverted into forcing a narrow and extreme version of Christianity upon us? That is very much a theocracy.

But what of fascism? Fascism is arguably one of most overused epithets in political discourse. And far too many are happy to use it as a placeholder for “someone with whom I do not agree.” Is that the case here? Has Zappa overreached?

I would submit that he hasn’t. An exact definition of fascism is the subject of much debate. We can go by a simple dictionary definition:

An authoritarian and nationalistic right-wing system of government and social organization.

But that still leaves quite a lot of room for argument. Yes, our government tends to be right-wing. And an authoritarian streak runs through our politics, dating back to the Alien and Sedition Acts of 1798. Yes, hyper-nationalism is certainly a feature of our society. But does that make our nation fascist? A bit extreme of an assessment, isn’t it? Let’s examine some of the characteristics of fascism, as espoused by Umberto Eco:

Ur-Fascism grows up and seeks consensus by exploiting and exacerbating the natural fear of difference. The first appeal of a fascist or prematurely fascist movement is an appeal against the intruders. Thus Ur-Fascism is racist by definition.

Considering the slavering Islamophobia that has been a natural byproduct of the eternal “War on Terror,” these words take on a rather familiar cast. And our fear of intrusion is not limited to the exaggerated threat of Islam. No, we fear the invasion of undocumented immigrants. They come bearing exotic diseases, will steal our jobs, and are, apparently, responsible for California’s drought. Our society has been manipulated into a terror of a faceless and deadly “other.”

Let’s see what else Eco has to say:

Ur-Fascism derives from individual or social frustration. That is why one of the most typical features of the historical fascism was the appeal to a frustrated middle class, a class suffering from an economic crisis or feelings of political humiliation, and frightened by the pressure of lower social groups.

If that sounds familiar, it is because Eco has managed to describe, rather well, the Tea Party movement. Seems that Zappa’s talk of fascism might not have been quite as hyperbolic as one might think.

Now, I will admit that to say America is currently nothing but a fascist theocracy is a slight exaggeration. At the same time, I would say that Zappa was onto something when he saw that we were moving in that direction. And today, while we are not yet at that terrible end, we are much further down that road than we were, 29 years ago, when Zappa made his prediction.