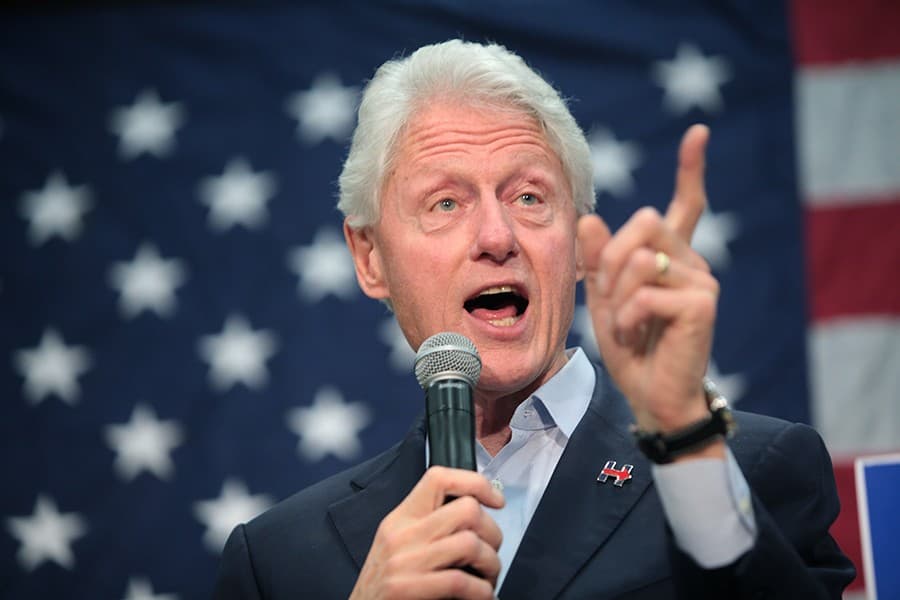 As an independent counsel, Ken Starr was the arch enemy to Bill Clinton back in the 90’s over everything from the Whitewater real estate deal to Monica Lewinsky. But that was then, and this is now, and it appears he has completely changed his tune on the man he helped impeach. In fact, the 180 degree turn he has made is head-spinning.

According to The Hill, Starr was part of a discussion panel at the National Constitution Center in Philadelphia where probably more than a few audience members were left scratching their heads as he praised his former foe Bill Clinton.

“President Clinton was and perhaps still is the most gifted politician of the baby boomer generation. He just has remarkable gifts.”

Wow. That’s some high praise indeed from the man who worked so hard to destroy his career. According to the New York Times, even though at the time it seemed like Ken Starr was a cold, heartless Clinton hater who was obsessed with sinking the man, he now seems to regret that the role he played in bringing Bill down has tarnished the former president’s legacy.

“Leave aside the unpleasantness, his genuine empathy for human beings is absolutely clear….It is powerful. It is palpable. And the folks of Arkansas really understood that about him, that he genuinely cared. The ‘I feel your pain’ is absolutely genuine.”

Starr pointed out that in the time since the mess of the 90’s that he spearheaded, Bill Clinton has done much to clear his name through what he referred to as a “redemptive process.”

Kenneth Starr also talked about how the current state of politics has eroded into ridiculous rhetoric and divisiveness and harkens back to the time of Lyndon B. Johnson who had to deal with a similar erosion in civility.

“I remember this so vividly — he said, ‘Come, let us reason together.’ Can we talk with one another?… The utter decline and erosion of civility and discourse has, I think, very troubling implications.”

In further news, hell has indeed frozen over and pigs are currently taking flight.