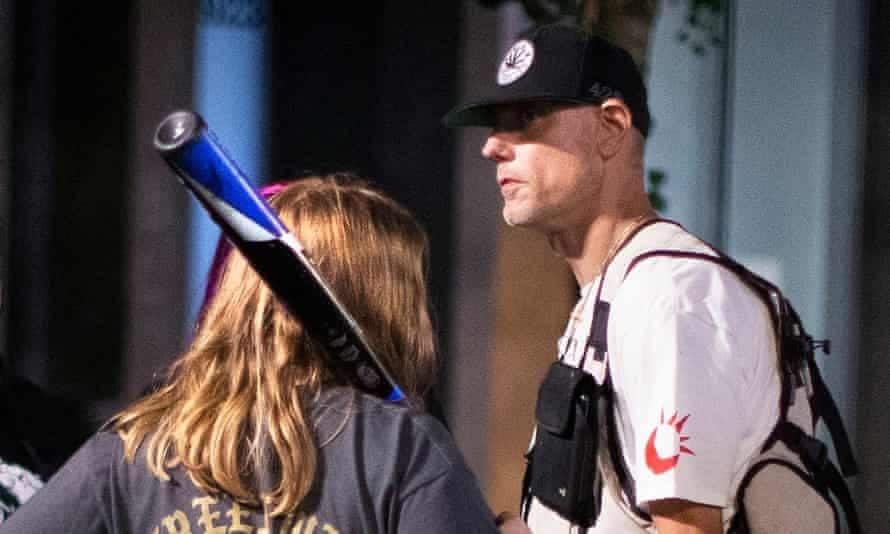 A day after the mass shooting at Oregon’s Umpqua Community College we are still left with a single question: Why? Since the shooter, Chris Harper Mercer, died in the incident, finding an answer to that question is a seemingly impossible task. One narrative seems to be emerging that paints Mercer’s killings as motivated by anti-Christian sentiments:

“The gunman, while reloading his handgun, ordered the students to stand up and asked if they were Christians, Boylan told her family. ‘And they would stand up and he said, “Good, because you’re a Christian, you’re going to see God in just about one second,”‘ Boylan’s father, Stacy, told CNN, relaying her account. ‘And then he shot and killed them.’”

That seems fairly unambiguous. Mercer was targeting Christians. Except perhaps there was more to it than that. Recall that, in the wake of the Columbine shootings, a similar narrative emerged in which the shooters were said to have targeted Christians as well. This was later shown to be incorrect. But it’s a quick and easy explanation to a horrifying event, as well as being one that plays into right wing fear-mongering about a “war on Christianity.”

As we start to examine what little we know of Mercer, a more complicated picture emerges. Mercer was described, in what has become a grim cliché, as “quiet” and “reserved,” and had some unusual interests:

“Mr. Mercer appeared to have sought community on the Internet. A picture of him holding a rifle appeared on a MySpace page with a post expressing a deep interest in the Irish Republican Army. It included footage from the conflict in Northern Ireland set to ‘The Men Behind the Wire,’ an Irish republican song, and several pictures of gunmen in black balaclavas. Another picture showed the front page of An Phoblacht, the party newspaper of Sinn Fein, the former political wing of the I.R.A.”

And an online dating profile that is allegedly associated with Mercer has some interesting tidbits.

Mercer seems like a far more complicated person than the dogmatic anti-Christian that will, no doubt, start to become the prevailing narrative on the right. And there’s something more: as my colleague, Nathaniel Downes reported yesterday, Mercer may have issued a warning, the evening before the shooting, on the online site 4chan:

“Some of you guys are alright. Don’t go to school tomorrow if you are in the northwest.

Given the nature of 4chan, it is difficult to ascertain if this is indeed Mercer or if it is, instead, something unrelated or even a blatant attempt to mess with people’s heads. In the immediate wake of the shooting, 4chan offered up one of their users as the perpetrator, and this was then taken up by some of the more gullible news sites. Given that, one should take anything originating on 4chan with a healthy dollop of sodium chloride. Still, if we give credence to the time stamps on the thread, it certainly seems likely that these are the words of Mercer, and the legitimate reactions of the 4chan community.

And it is in the reactions that we find something interesting. Yes, the Internet (and 4chan especially) being what it is, the initial post was met with no small amount of encouragement and glee, followed by celebration after it became clear that the threat had been carried out. And that is a sort of horrifying statement about our world. We live in a time where a threat of violence is met by “go for it” and “good job.” That alone is worthy of note. But there is something more going on here. Look at the one word that keeps cropping up in the comments: beta.

“Is beta uprising finally going down? You might want to chillax and not alert police.”

“Can i join in the beta uprising? I’m in Michigan!”

“This post proves the mindset behind these shooters. If only he had been consoled or had a GF then maybe he wouldn’t have went off the deep end like this and many lives would have been saved. Instead of making fun of the betas or calling them creepy nerds, we should have saved then. My heart goes out to the victims but our shooter here as this thread here shows was a victim too.”

The term derives from the toxic world of the “men’s rights activist” movement:

“MRAs are devotees of a really strange, half-baked ‘evo psych’ theory: Women are programmed to be attracted to ‘alpha’ males who are callous and unwilling to commit to their mates. So women turn to ‘beta’ males, pretending to love them in order to trick them into marriage. But the theory holds, these women still want to have babies with the alphas, so they either cheat on their beta mates or spend years sleeping with alphas and then, as their looks begin to fade, quickly grab a beta to exploit financially before the woman becomes too old to be marriageable.”

Pity the poor beta, the MRAs say. Used and exploited by predatory women, denied the sex that is their due, constantly languishing in the friendzone. Is it any wonder that their frustrations sometimes explode into violence? If only Mercer had had a girlfriend. If this seems familiar, it should. It’s happened before, and 4chan is aware of it:

“/r9k/ needs a new martyr to stand alongside our hallowed Elliot”

The Elliot they are referring to is Elliot Rodgers. Last year he went on a killing spree in California:

“On Friday night, a man – identified by police as Elliot Rodgers – allegedly seeking ‘retribution’ against women whom he said sexually rejected him went on a killing spree in Isla Vista, California, killing six people and sending seven more to the hospital with serious gunshot injuries. Three of the bodies were reportedly removed from Rodger’s apartment. Before the mass murder he allegedly committed, 22-year-old Rodger – also said to have been killed Friday night – made several YouTube videos complaining that he was a virgin and that beautiful women wouldn’t pay attention to him. In one, he calmly outlined how he would ‘slaughter every single spoiled, stuck-up, blonde slut I see.’ ”

You can see how Rodgers, buying into the misogynistic narrative of the MRA movement, felt himself to be so deserving of sex and attention from the opposite sex that he felt justified in perpetrating a massacre. It is far too early to make the same assumption about Mercer, barring any additional concrete evidence, but the parallels are eerie and the language used in the 4chan thread is suggestive. Should a more definitive link between Rodger’s actions and the MRA movement be uncovered, this is one more bit of evidence that the movement is becoming downright dangerous. From a movement that simply expressed the laughable notion that men’s rights are being infringed upon, it has metastasized into something that perpetuates and excuses rape culture and spreads a toxic and retrograde view of masculinity. And now it seems that this toxic conception of masculinity is able to push people over the edge into murderous violence.

It is far past time to call out the MRA movement for what it is: dangerously misogynistic, of a piece with the institutional sexism that pervades the country and, in the end, capable of causing real harm to real people. Until we do so, I wager we will be seeing more people like Chris Harper Mercer and Elliot Rodgers in the news. And that must not be allowed to happen.