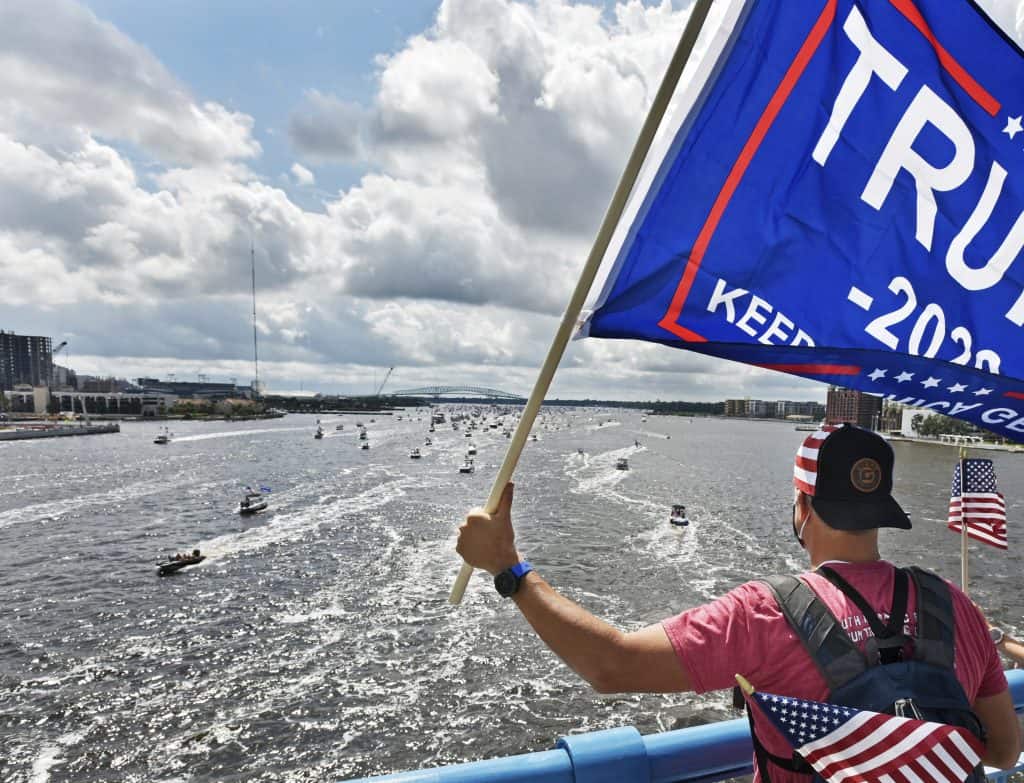 Fargo, North Dakota TV station KVLY-TV has come under intense scrutiny for a report it ran accusing refugees and migrants in the area of posing a serious health risk due to tuberculosis. Critics say that the report is inaccurate and is merely stoking fear and hate towards immigrants.

A segment that aired during Valley News Live on May 16 called “Could Kindness Be Bad For Your Health?” by reporter Bradford Arick was advertised as follows:

In the story, the reporter does some weird stepping around to create a piece that was seen as targeting immigrants and refugees in the Fargo area, particularly from Somalia, as being a danger to the community because of possible TB infections. Of course, in the piece, the reporter tells us that most North Dakotans don’t even know what TB is or the risk it poses. Thank goodness Valley News Live is there to save the day and tell you all about it.

After making TB sound like the worst thing that could possibly happen and how ANYONE can be carrying this disease and not even know it, the question is posed;

“Does this mean you need to run out and get a TB test? Apparently one east coast doctor thinks so, as one viewer told me their doctor insisted on a test since Fargo is a resettlement area. It probably wouldn’t hurt and the more informed you are about your own health is never a bad thing.”

That’s right – the station had a viewer whose doctor had told them that they should get a TB test because “Fargo is a resettlement area,” and they built a story around it. And this is called reporting?

Fargo daily newspaper The Forum tore into Valley News Live over the story, first in an article about the reaction of immigrants and health professionals to the news segment, and secondly in a blunt and scathing editorial.

“A few minutes before a local TV station aired a story about the supposed tuberculosis risk posed by refugee resettlement, four New Americans gathered around a TV in a south Fargo apartment, cracking jokes.

But when the story came on, their faces went from jovial to pained.

“The story…claimed “everyone” living in “refugee resettlement areas” was at risk for contracting tuberculosis. An on-screen graphic for the story asked: “Could kindness be bad for your health?” The answer, according to the report, was yes.”

But, as the Forum reports, according Dr. John Baird, who is a health officer at Fargo-Cass Public Health, the story was completely false and said that TB was “not a major problem for our community” and no public health risk is posed by refugees when it comes to the disease.

“Really, our state and our community has a very low rate of tuberculosis compared to other areas of the country.”

Furthermore, Dee Pritschet, a TB expert at the North Dakota Department of Health, said she could not see why immigrant resettlement communities would be at any greater risk of TB.

The Forum article then went on to point out that the number of cases of TB in North Dakota and Minnesota are the lowest in the U.S, and stressed that passing TB to another person isn’t easy to do. It requires being in close proximity for a lengthy period of time.

But, it was clear that the intent of the Valley News Live report was to stoke fear, even if, in some cases, the data they present is factual. One example of the twisting and turning that was done by the reporter to make the TB issue sound as frightening as possible was using a statement supposedly made in an email obtained by the Center of Disease Control regarding an operation in 2014 at the U.S. border with Mexico which included the line, “We might as well plan on many of these kids having TB.” The kids in question, however, are migrants coming across the border of Mexico in 2014 and that small line offers absolutely no context as to what was meant or what it even referred to.

Where did this piece of information come from? A right-wing organization called Judicial Watch which was started by ultra-conservative extremist Larry Klayman, who Cliven Bundy is currently trying to obtain as a lawyer and who has led vicious campaigns against the Clinton’s and Obama’s for years.  He also happens to have his own page on the Southern Poverty Law Center website. What an honor.

This tid-bit of info has absolutely nothing to do with the Somalian refugees that the story mostly focuses on. It seems to be in there to merely connect any damn brown skinned foreigner coming in with a terribly deadly disease that can be caught easiest by being kind to people.

In the Forum’s editorial which was posted on Wednesday, the fishy reporting by Valley News Live was further lambasted.

“The report was an outrageous caricature of the local refugee population. It tried to scare the dickens out of viewers by falsely suggesting that new Americans are vessels of dangerous diseases, and therefore pose a public health threat to the larger community….It would have taken a couple of hours of professional reporting to confirm it’s not true. Indeed, Forum reporter Adrian Glass-Moore had no trouble at all finding facts from doctors and public health experts about the incidence of tuberculosis and other diseases in immigrant populations. Turns out, qualified health professionals who deal with this kind of thing every day found the Valley News Live spin on statistics (to put it kindly) less than truthful.”

Reverb Press spoke to Kade Ferris of the human rights organization, Unity North Dakota. He was just one of many who were offended by the news story aimed at migrants and refugees. Although Kade would love to hear an apology from the station, he isn’t holding his breath on getting one or will trust the sincerity of one it even if it came.

“News stories like that one do a disservice to the community and to America itself. By trying to foment fear and spread distrust, they seem to be trying to play to prejudice and ignorance…probably because of their own prejudices, but even more so because they know that people who fall for that sort of news reporting are loyal ratings fodder.”

For its part, the North Dakota Human Rights Coalition(NDHRC) condemned the Valley News Live story and praised The Forum for its accurate reporting on the issue.

“The Board of Directors of the North Dakota Human Rights Coalition commends The Forum’s excellent follow-up story to Valley News Live’s incendiary and baseless report about tuberculosis in the refugee community. The Forum’s Adrian Glass-Moore does his job and consults actual, named experts in the region to provide a much less sensational — and fact-based — report.”

But, as The NDHRC makes clear, it also would seem that Valley News Live has a bit of a history with this kind of reporting.

“Beyond this single story, however, is the fact that Valley News Live has exhibited a disturbing pattern of hate-mongering — using immigrants and refugees in our area as the targets of easy, dubious stories that drive clicks, views, and hatred amongst their viewers.”

Plenty of social media build-up to the TB story by Valley News Live did exactly what the station wanted – garner attention and comments. And, in the story itself, Bradford Arick makes an odd reference to some of the backlash the story had already received.

“…[T]his stor[y] had ignited much discussion on the Valley News Live social media sites. Many of those criticizing this report are not even from the viewing area, and may or may not be affiliated with organizations pushing an agenda.”

Speaking of pushing an agenda….