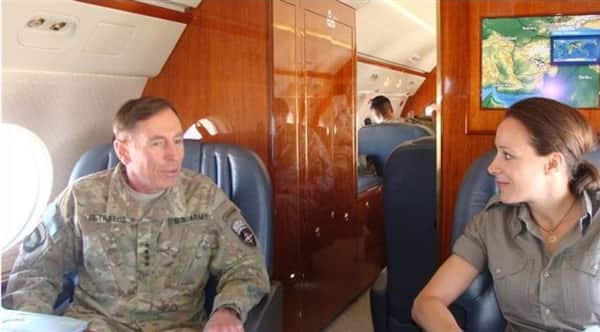 On April 23rd, former general David Petraeus was sentenced for leaking classified information to his mistress. What did he get? Two years of probation and a $100,000 fine. Impressive, no? That $100,000 will certainly make a minor dent in his $2 million net worth and probation sure is inconvenient. Oh yes. Petraeus has learned his lesson. Of course, if you take half a second to actually think about what happened here, you might become mildly enraged. The man gave notebooks of classified information to his mistress, was allowed to plead guilty to a misdemeanor, and, outside of needing a soothing balm for his slapped wrist, suffered minimal consequences.

Now, consider the administration’s treatment of leakers who didn’t have the good fortune to be named David Petraeus. First we have Chelsea Manning, who shared information with Wikileaks, including footage of an American helicopter killing 12 civilians in the streets of Baghdad. What happened to her? Nothing good:

A military judge sentenced Pfc. [Chelsea] Manning on Wednesday to 35 years in prison for providing more than 700,000 government files to WikiLeaks, a gigantic leak that lifted the veil on American military and diplomatic activities around the world. The sentence is the longest ever handed down in a case involving a leak of United States government information for the purpose of having the information reported to the public.

Or what about Edward Snowden, a man whose leaks revealed the unprecedented scope of NSA’s domestic surveillance programs. He’s stuck in Russia indefinitely. And the best that can be said of his fate, should he return to the United States, is that he’ll neither be tortured nor executed. Otherwise, all bets are off:

US Attorney General Eric Holder told his Russian counterpart that the charges faced by Snowden do not carry the death penalty. Holder added that the US “would not seek the death penalty even if Mr Snowden were charged with additional, death penalty-eligible crimes” . . .  In addition to his assurance that Snowden would not face capital punishment, the attorney general wrote: “Torture is unlawful in the United States.”

So that’s nice. Now take Stephen J. Kim, whose leaked information regarding North Korea amounted to little more than a confirmation of conventional wisdom. After pleading guilty, he was sentenced to thirteen months in jail. And then there’s John Kiriakou, the only person to go to jail for the CIA’s usage of torture. Not because he participated in torture, silly, but because he talked to a reporter about it:

Or Jeffrey Sterling, who revealed details of a deeply flawed effort to disrupt Iran’s nuclear program:

On the third day of deliberations, the jury in federal court in Alexandria, Va., convicted Mr. Sterling on nine felony counts. Mr. Sterling, who worked for the C.I.A. from 1993 to 2002 and now lives in O’Fallon, Mo., faces a maximum possible sentence of decades in prison, though the actual sentence is likely to be far shorter. . . . “This is a just and appropriate outcome,” Attorney General Eric H. Holder Jr. said. “The defendant’s unauthorized disclosures of classified information compromised operations undertaken in defense of America’s national security. The disclosures placed lives at risk. And they constituted an egregious breach of the public trust by someone who had sworn to uphold it. As this verdict proves, it is possible to fully prosecute unauthorized disclosures that inflict harm upon our national security without interfering with journalists’ ability to do their jobs.”

Which one of these things is not like the other?

The sad fact is that the case of Petraeus reveals a profound and depressing double standard in how the Obama administration deals with leaks. On the one hand, the administration has been incredibly aggressive in pursuing leakers and whistleblowers:

Under Obama and Attorney General Eric Holder, the Justice Department has pursued leakers of classified information with greater vigor than all its predecessors combined: eight Espionage Act cases under Obama, compared to three since the law’s 1917 passage.

And on the other hand you have David Petraeus, who shared classified information with his mistress because he wanted to get laid, and suffered little consequence. But that appears to be just fine with everyone. Leak information to make the public aware of incompetence and malfeasance on the part of the government? You will be destroyed. Leak information to impress the mistress. That’s cool.

This obvious double standard is absolutely infuriating. It stands what would seem to be a commonsense understanding of ethics on its head. One might think a crime, if we  were to concede leaks to be a crime, committed with some sort of higher motive might be less worthy of condemnation than a crime committed out of venal self interest. Apparently not. And that is absolutely disgusting. You want to give Petraeus a slap on the wrist? Fine. Then how about giving that same slap to Chelsea Manning, Edward Snowden, and the rest? Because otherwise this administration, when it comes to the issue of leaks and whistleblowers, is not simply ethically incoherent, but ethically monstrous.