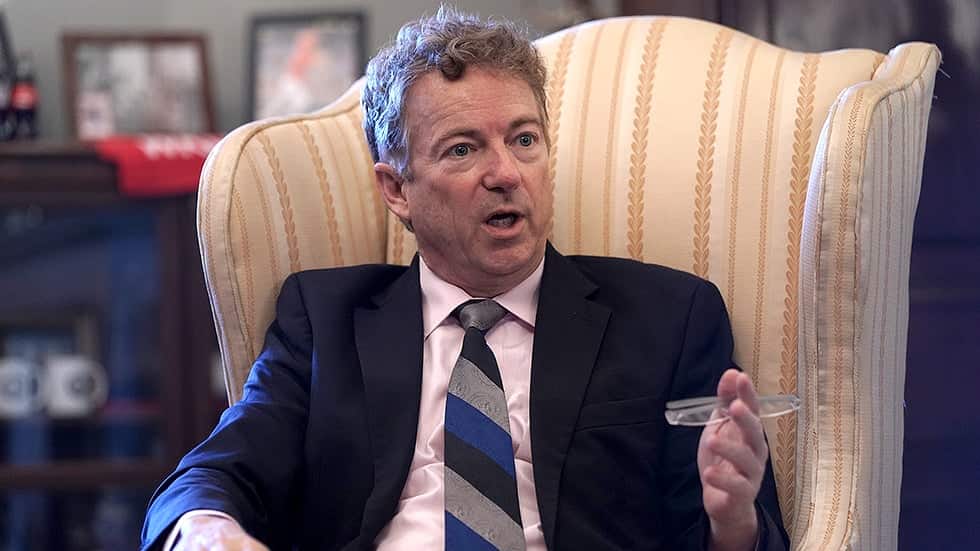 GOP Kentucky Senator Rand Paul is one of the dozen or so Republican presidential candidates for 2016, and once in a while, he just can’t help but go “Doctor Phil” on us, offering his insights into America’s social problems.

And you’ll be thrilled to know that “Doctor Rand” has gotten to the bottom of all this Baltimore turmoil… It has nothing to do with what happened to Freddie Gray and his spinal cord, courtesy of the Baltimore Police Department, nor is it about how black males are treated by cops all across the country. And it doesn’t have anything to do with decades of institutional racism which has left many blacks feeling disenfranchised here in America.

According to “Doctor Rand,” it’s all because of the breakdown of families, including the absence of father figures in these young rioters’ lives. As he elaborated on conservative wingnut shill Laura Ingraham’s radio program:

“The thing is that really there’s so many things we can talk about, it’s something we talk about not in the immediate aftermath but over time: the breakdown of the family structure, the lack of fathers, the lack of sort of a moral code in our society. And this isn’t just a racial thing, it goes across racial boundaries, but we do have problems in our country.”

Hey, he really is a doctor, sort of, so we’ll do away with the quotes for the rest of this article.

His theory must be why mostly white college kids riot over pumpkins and basketball games. Ask any of the kids who participated in those escapades, and surely they’ll blame their broken down, father figure-less families.

And of course, Doctor Rand himself has a family, one left intact from most of the societal scars that affect the majority of American families these days… such as divorces, absentee fathers, poverty, lack of access to a good education, etc.

So if we take his remarks at face value, his children have surely all turned into good little Beaver Cleavers since they were able to enjoy and benefit from all the wonderful opportunities and pristine family structure that the mostly poor black Baltimore trouble-makers did not.

“William Hilton Paul, the 22-year-old son of Republican presidential contender Rand Paul, was cited for driving under the influence of alcohol just before noon Sunday after he hit the back of a parked vehicle on Woodland Avenue.

According to the citation, Lexington police found Paul at 11:24 a.m. sitting in the driver’s seat of a maroon 2006 Honda Ridgeline that had collided with a parked vehicle at 147 Woodland Avenue. The report said Paul was ‘belligerent’ and had ‘a strong odor of alcohol,’ bloodshot eyes and slurred speech.”

Clearly, like most other young men who have had multiple run-ins with the law, the youngest Paul is suffering from an absentee father. We hear that his dad has been too busy being a slimy politician or something.

And in a quote which will surely bolster Doctor Rand’s qualifications for being a strong and fearless leader, here’s what he had to say about his trip through Baltimore as rioters were busy rioting…

“I came through the train on Baltimore last night, I’m glad the train didn’t stop.”

Listen to the good doctor make his comments in the audio below.